She plumbed the psyche of Indian classical music and dance 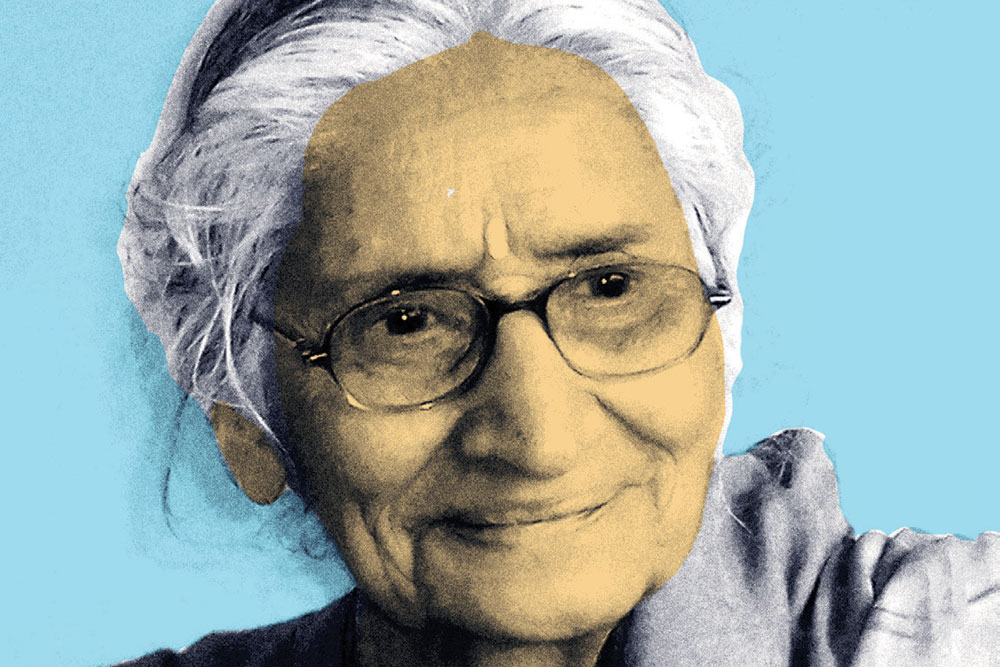 
THE TERM ‘CULTURAL tsarina’ is often applied to Kapila Vatsyayan. It doesn’t do justice to her as it implies autocratic leanings, but it does capture the vast cultural swathes that she had command over. Always clad in a saree, with her white hair tied in a bun, and with her face framed by spectacles, Vatsyayan (called Kapilaji) was often spotted at cultural events in Delhi. Crowds would inevitably part for her, as she walked by and acknowledged familiar faces with a nod and a namaste.

She was the founding member secretary of the Indira Gandhi National Centre for the Arts (IGNCA), co-founder of Centre for Cultural Resources and Training, a former Member of Parliament, a lifetime trustee of India International Centre and a Padma Vibhushan awardee. The 92-year-old was both a scholar and a performer, an author and an institution builder.

Her dance scholarship far exceeded Indian boundaries. Her book, based on her PhD thesis, Classical Indian Dance in Literature and the Arts, published in 1968, was the first authoritative study on the relationship between classical Indian dance, the ancient texts and sculpture. A 1975 review of the book in Dance Research Journal notes, ‘This is the first definitive treatment of a subject too often vaguely referred to in romantic terms, but never before treated systematically and in this encyclopaedic fashion. It is a volume that no one seriously interested in the dance arts in India can afford to be without.’

Vatsyayan was an interdisciplinary scholar before the term became cool. Her other seminal works include Indian Classical Dance (1974) and Traditions of Indian Folk Dance (1976). She formulated an aesthetic theory for dance that included the study of literature, sculpture, music, painting and theatre. Dance in Indian Painting (1982)—she writes in the introduction—is ‘an analysis of the technical aspects of dance through pictorial evidence’. She wished to convince readers that ‘a study of the traditions of Indian painting is an imperative for a better comprehension of Indian dance and theatre.’

Sunil Kothari, noted dance historian and critic, says that Kapilaji lent him immense support—when he was doing his PhD at the MS University of Baroda in 1977—by showing him methods of primary and secondary research. He adds, “I owe a great debt of gratitude to her. Her vision was much greater than ‘classical’, ‘tribal’, or ‘folk’ forms. One was always surprised by her vision. She was not an ordinary academic scholar. Today, a whole generation of writers are inspired and indebted to her. I don’t think I have come across scholars as great as her.”

Vatsyayan’s scholarship wasn’t merely academic. She had also learned and performed Indian classical dances. She had trained in Kathak, Bharatanatyam and Manipuri. She was fluent in Sanskrit. Her graduation in English literature from Delhi University (DU) provided her the critical tools to examine dance. After completing her MA from DU, she went to Michigan, Ann Arbor on the Barbour Fellowship for Asian women, based on a written exam.

In the US, she was introduced to Laban’s tools of movement analysis and Hanya Holm’s (one of the founders of American modern dance) movement system. In a 2000 interview to Dance Research Journal, she says, ‘That was one of my richest experiences because it enabled me to know my body.’ She adds, ‘I did not go to modern dance from modern dance, but from tradition. I did not come to Indian dance by growing up with it as a family tradition. I think I got the essence of each of these traditions without being bound by the conventions of these traditions. I became an unbounded bounded person.’

Advaitavadini Kaul, an author and professor who worked under Vatsyayan for two decades at IGNCA, says that she was the “guiding light” of the centre and would supervise the smallest of details from the colour of the logos to the chattais on the floor to keeping the premises plastic-free. While she could be “motherlike”, she was also a disciplinarian. The office would prepare for weeks before her quarterly meetings.

Dancer and choreographer Aditi Mangaldas knew her at a more personal level. Mangaldas, niece of cultural activist Pupul Jayakar, recalls how Kapilaji would come to their home to meet her aunt. She says, “It was wonderful to hear her depth of knowledge. One could see how deep she’d gone into the psyche of Indian music and dance.”