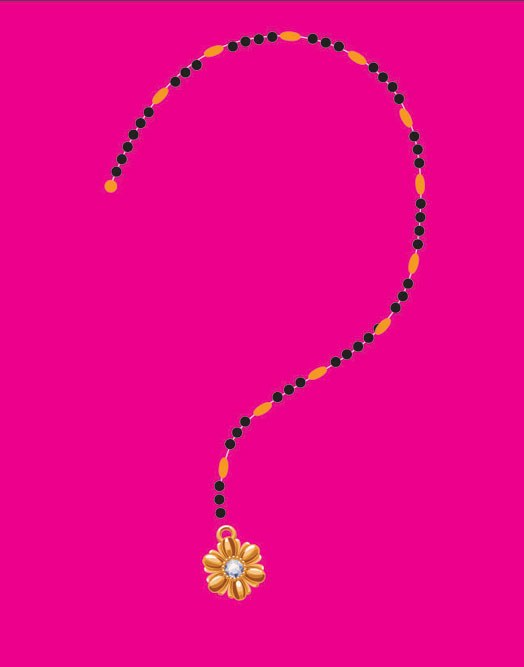 
THE MANGALSUTRA, THAT sacred jewellery many Hindu women wear as a symbol of their marriage, might be a piece of culture that has survived for centuries, but it is one that is increasingly being scrutinised. Why should a woman wear a mangalsutra, along with the sindoor, and in some cases, toe rings, when the man is not bound to any such social convention? Or, often, women have none of these larger questions in mind when they leave this item behind in their cupboards only to be brought out during weddings and special occasions.

It is now in the limelight because an ad launching fashion designer Sabyasachi Mukherjee’s line of mangalsutras featuring a woman in lingerie wearing it offended a few. It is an odd turn of events with those on the left, to many of whom the idea of a woman continuing to wear the mangalsutra is grating, coming out to support him; and those on the right, who should have championed the wearing of this jewellery, claiming offence that the ads were obscene.

The mangalsutra goes by many names and iterations, its designs and motifs varying across regions. For all the talk around how ancient it is, many believe the practice might not be that old. It is claimed that in its earliest incarnation, it was a single yellow thread tied around the bride’s hand for protection from evil spirits, and the practice emerged sometime in the sixth century.

Donning the mangalsutra today has moved from being a duty to a choice. This has coincided and perhaps been a result of more women joining the workforce and as the equals of men. While some consider it a symbol of patriarchy, to others it is an item that just doesn’t go along with modern attire.

In contrast, cinema and TV have done a great deal to obsess over the practice. From the 1997 film Chachi 420, where the character of Kamal Haasan, who under disguise as an elderly woman manages to convince his estranged wife to wear the mangalsutra, to the popular soaps of Ekta Kapoor, who even when she broke television taboos by having the protagonists of Bade Achhe Lagte Hain lock lips onscreen and wake up nude beside each other still could not have the female protagonist do without the mangalsutra. The popularity of mangalsutras courtesy Kapoor’s soaps was so immense that according to a 2013 Times of India article, even Muslim women both in India and Pakistan had begun to wear it.

In recent times, the issue of choice—whether a woman can choose not to wear a mangalsutra—has become something of a battleground. In 2015, a Tamil TV channel invited the wrath of Hindu religious outfits when the promos of a show debating the value of wearing the thaali (mangalsutra) was aired. A woman choosing not to wear a mangalsutra has occasionally been tested in court. In 2014, for instance, when a husband sought divorce because his wife wouldn’t wear the mangalsutra and sindoor, the Bombay High Court ruled that not wearing a mangalsutra cannot be considered grounds for divorce. And yet last year, the Gauhati High Court ruled that a woman who refused to wear sindoor had refused to accept her marriage and, therefore, granted her husband’s request for divorce, leading to an outpouring of support on Twitter under the hashtag #WithoutSymbolsOfMarriage, with couples posting photos of themselves without the mangalsutra.

Many have also sought to reimagine it in recent times. Sonam Kapoor incorporated the zodiac signs of her husband and herself into her mangalsutra. Priyanka Chopra teamed up with Bvlgari to come out with an ultra luxurious mangalsutra, calling it designed for the “modern Indian woman who takes charge of her life.” Perhaps Sabyasachi’s attempt with his new line of mangalsutras was similar—an attempt to modernise an old custom? To make traditional look cool. He withdrew the campaign after the furore. Maybe, it wasn’t as successful a makeover as desired.