The Economics of IPL

Indians’ love of the game. Fatigue? Perish the thought 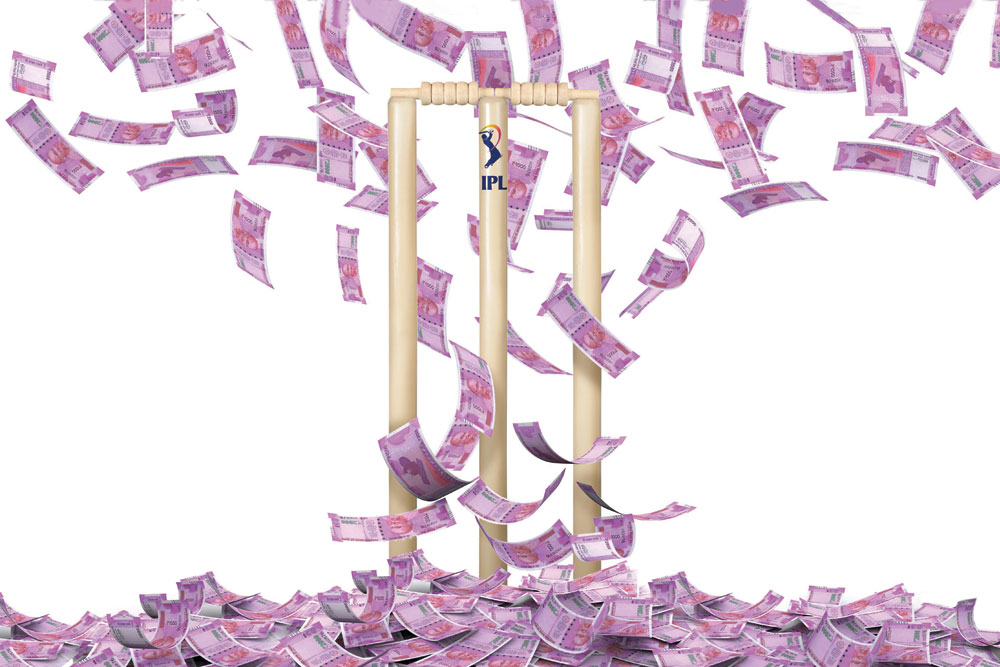 In many ways, this is the true emergence of IPL and there are many firsts to the latest auction. For starters, the digital rights package went for higher bidding (₹ 23,758 crore) com­pared to the TV rights deal (₹ 23,575 crore). This clearly signals a change in consumption patterns with mobile and digital devices being the preferred mode of watching the game. For another, IPL matches are now in the league of the US NFL and English Premier League events in terms of cost per match. Those leagues are much older than IPL, which is just 14 years old. The US and British sport markets are also well-developed and saturated as compared to the still-evolving IPL.

The digital rights package has been split into various cat­egories: digital exclusive, digital non-exclusive (the so-called “package C” of the rights announced by BCCI). This package alone is for ₹ 3,257.50 crore. All this has a cascading, in the posi­tive sense, effect on the game, teams and franchises, and the players themselves. By some calcu­lations, each IPL team is likely to get ₹ 387 crore per year from media rights, up from ₹ 163 crore per year earlier. That is not all, the two new teams and their bids—Lucknow Super Giants and Gujarat Titans— reflect the continuing and rising interest in the format, contrary to speculation of fatigue.

These rights and revenues further feed into the valuations of the teams/franchises and form an essential part of individual team revenues. Sponsorships are a distant second in terms of what teams get.

These numbers are not illusory and nor are they “over the top”, as alleged by some analysts and commentators. Something similar was alleged when IPL began and players, both established and newly discovered, began to earn large sums. Careful auction design and shrewd calculations by franchises lay behind that. Something similar is at work in the case of media rights.

At the root of everything in IPL lies a simple fact: India is a cricket-loving country. Everything else flows from that.

This will be IPL’s 14th year since the first match was played between Kolkata Knight Riders (KKR) and Royal Challengers Bangalore (RCB). From that moment to May 29 this year when Gujarat Titans, a newbie team, lifted the IPL trophy, there has been no letdown in interest on the part of viewers, investors and analysts.

In this period, viewership of IPL matches has grown by leaps and bounds. The success of IPL as a sport and as a busi­ness owes everything to that. It also explains why IPL is a quintessential 21st-century idea. It would have been scarcely imaginable even in the mid-1990s when the communications revolution took off in India.

What explains the business success of IPL as reflected in the latest media rights numbers? For one, much like a broad class of economic assets, IPL is best described as what economists call “intangible capital.” The global trend now is for big companies and economies to invest in “intangible assets” like design, research and development, and brands instead of the 20th-cen­tury idea of plants and equipment. The former are the main drivers of growth in advanced economies. The trend is catching up in India as well. For another, IPL falls squarely in the domain of consumption even if it is in the form of sport and entertainment, instead of the usual consumption goods.


While IPL has been very conservative in bringing in new teams, even incremental addition of teams leads to growth by leaps and bounds. With the massive increase in the penetration of TV, almost close to saturation levels in urban India, the stage was set for a strong association between local teams and local viewers

Here is where the magic of IPL lies. An ordinary FMCG company can only enviously desire what IPL has garnered in a single-shot deal. If one looks at consumption across broad categories in India, growth has slowed down. But cricket is one ‘good’ whose ‘consumption’ is not slowing down, but is instead going up with every passing year. In the case of IPL, by design, this viewership is likely to go up. While IPL has been very conservative in bringing in new teams/fran­chises, even incremental addition of teams leads to growth by leaps and bounds. With the massive increase in the penetra­tion of TV, almost close to saturation levels in urban India, the stage was set for a strong association between local teams and local viewers. It is not necessary to stretch the point but local team ‘loyalty’ and TV saturation work in complex ways to generate a ‘win-win’ outcome. The increase in the number of teams is just optimal for increased local recall without creating ‘fatigue’ of any kind. In effect, a process of market-deepening is going on.

Much has been made of the alleged ‘dilution of cricket’ by the IPL format. Again, that is a gross mischaracterisation of what IPL and the game are all about. One way to look at IPL is to make an analytical start with the high and ever-rising media rights for its matches. In the wake of higher media rights comes higher valuation for teams (as noted earlier, media rights are a major source of revenue for the teams/fran­chises). This, in turn, has an effect on the valuations of these teams. The ability of IPL teams to secure top-ranked players and bring in new talent depends greatly on sustaining this virtuous cycle of sorts.

Now, compare the situation with the ‘gentleman’s game’ of the 1970s, or even the 1980s and 1990s, what to speak of earlier eras. Much cricketing talent could not emerge and a large number of players who had great talent finally ended up doing things other than cricket. It was not uncommon to hear par­ents admonishing promising players that cricket, or any sport for that matter, was no career and that if one persisted with the game, one would only come to grief. The gentleman’s game was for “gentlemen of independent means” and not youngsters gifted with raw talent.

One does not have to look around at the dozens of talented cricketers who have emerged solely due to IPL discovering them. If in the bargain they get bought and earn decent money, that is hardly objectionable or even un-gentlemanly. Teams and franchises doing that require money, and not just good wishes. Media rights and valuations are now intrinsic to the process of talent discovery. Allegations of over-the-top bids are just that: allegations.

The interesting question, one that is very hard to answer, is: How long can this cycle continue? Is it sustainable? One plausible answer is that as long as Indians have a taste for cricket, this will continue. There is no end to that line of questioning. But one observation is worth noting. In international games, viewership tapers off dramatically once India exits. This does not go unobserved on the part of anyone associated with the running of the game. This brings us back to the fons et origo of IPL: Indians’ love of the game. Fatigue? Perish the thought.