The Come Back Cat

Seven decades after it vanished from India, the cheetah is set to return this November. Some conservationists fear it will upset the Indian ecological balance 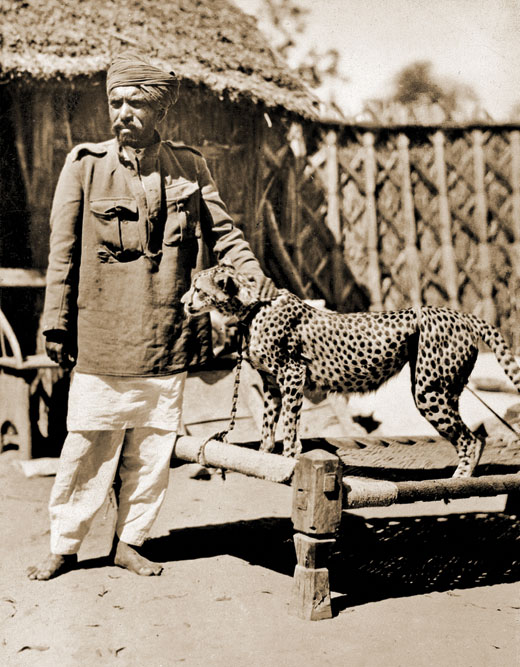 
ON JANUARY 9TH, 1948, the private secretary to the then Maharaja of Korea—now Koriya—Raja Ramanuj Pratap Singh Deo sent a letter to the Bombay Natural History Society. It described the killing of three cheetahs—their physical characteristics were defined too—along with a photograph of a rifle-wielding Deo with the three males laid out at his feet. “They [cheetahs] were in perfect condition,” the letter proudly states. The information had been shared so that the journal of the society could carry this achievement. The journal did carry the account faithfully with the photograph, but unfortunately for the Maharaja, with some editorialising. “The editors were so nauseated by the account of this slaughter that their first impulse was to consign this to the wastepaper basket. Its publication here is intended in the nature of an impeachment…” The journal speculated that the three male cheetahs killed by Deo were probably the very last remnants of a dying breed. We don’t know if the three males killed that night were the last cheetahs in the Indian subcontinent but they were, as speculated by the journal, among the last. By 1952, cheetahs were considered extinct in India although experts believe there were credible sightings till at least the mid-1970s.

India’s wildlife officials and politicians have cherished the dream of bringing back the cheetah to the country. It was a priority project in the 1970s, but Emergency and eventually the fall of the Shah in Iran—for that is where the Asiatic cheetahs were present—put an end to that. In 2009, the Ministry for Environment and Forests gave the nod for the drawing up of a roadmap for the re-introduction of the cheetah, but a 2013 Supreme Court judgment upended all plans. But, last year, the court while hearing a petition filed by the National Tiger Conservation Authority (NTCA) for permission to “re-introduce” the cheetah to suitable sites in India, gave the go-ahead for the ambitious scheme. It directed that the NTCA, with guidance from a committee of experts in the field, carry out a survey for the best location to bring back the cheetah. This was because the 2013 judgment had struck down the plan on the ground that the Ministry of Environment, Forest and Climate Change had not conducted any detailed study before passing the order. The court also said that while the NTCA plea mentions re-introduction, it is erroneous since the African cheetah has never existed in India. The country was populated by the Asiatic cheetah: “Therefore, if an attempt is made to relocate the African cheetah within the territory of India, it will amount to an ‘introduction’ of the African cheetah and not a re-introduction.”

The Supreme Court-appointed committee identified three sites in Madhya Pradesh and one in Rajasthan for the cheetah introduction, and finally, Kuno National Park in Madhya Pradesh was chosen. Madhya Pradesh is hopeful that all things considered, including the pandemic, the cheetahs will be here latest by November. “It is the first time in the world that a large predator is being introduced,” exults Yadvendradev Jhala, dean of the Wildlife Institute of India and one of the key players on Project Cheetah. India is hoping to get at least eight cheetahs in the first phase.


Indian royalty had long domesticated the cheetah for hunting. Akbar had 9,000 of them. His son Jehangir had even noted the propensity of the cheetah to not breed in captivity. The British classified the cheetah as vermin, which further led to its numbers dropping

Historical records suggest the presence of the cheetah in India extended from Bengal to the United Provinces, central India to the Deccan. It may be the fastest land animal but by all historical accounts, it is also the most benign of the big cats. Indian royalty had long domesticated the cheetah for hunting. Akbar, most famously, had 9,000 of them in his menagerie. His son Jehangir had even noted the strange propensity of the cheetah to not breed in captivity. The British classified the cheetah as vermin, which further led to the numbers of this cat dropping. By the beginning of the 20th century, cheetah numbers had dwindled to the low hundreds. So, it was only a matter of time that they were wiped out completely in India.

“In recorded history, we have not lost any other mammal except for the cheetah. We would like to get it back,” says MK Ranjitsinh, the grand old man of Indian wildlife conservation and the man who drafted the Wildlife Protection Act. Ranjitsinh has also been involved with the efforts to bring back the cheetah since the idea was first floated in the 1970s. He was part of the committee set up by the Supreme Court which identified potential sites for the introduction of the cheetah. But wildlife schemes cannot be motivated by desire alone; there must be a conservation objective. “Bringing back the cheetah will lead to the restoration of a degraded ecosystem, the grasslands,” says Ranjitsinh.

Wildlife conservation is a field fraught with differing opinions across the world and things are no different in India, home to an estimated 7 to 8 per cent of the world’s species. Project Cheetah may have the blessings of those in power, but others associated with wildlife conservation remain deeply sceptical about it, especially since it is ostensibly at the expense of the well-being of another big cat, the Asiatic lion.

The Asiatic lion is only found in Gir, Gujarat, in India and there has long been a demand to shift at least some members to another part of the country to re-populate them. If a species is only restricted to one place, chances of elimination are high, be it due to a natural calamity or even an epidemic. In 2018, for instance, more than 20 lions succumbed to a canine distemper virus. It was in 1993 that a plan to relocate the lions was mooted and one of the sites identified as a viable alternative was the Kuno wildlife sanctuary. For over 20 years, money has been spent preparing the sanctuary for the lions. This has involved the relocation of families across 18 villages living inside Kuno. An amount of Rs 1,545 lakh—as noted by a 2013 Supreme Court judgment—was earmarked for this process. In the same judgment, the court had directed the lions to be moved in six months. It was also in this judgment that the court had quashed the Government’s plan of bringing the African cheetah to India, saying that the lion was a priority. “The National Tiger Conservation Authority is implementing this (cheetah introduction) but it has no mandate over the cheetah. We are shifting our conservation focus on a species which is extinct while not prioritising those that need immediate attention, like the critically endangered Great Indian bustard, wild buffalo, dugong, etcetera,” says environmental lawyer Ritwick Dutta. Kuno was eventually chosen as the habitat for cheetahs because of the amount of work that has gone into developing it into a suitable sanctuary for the lions. “For over 20 years, the habitat has been developed, be it resettlement or anti-poaching training,” says Jhala.

DUTTA’S OBSERVATION is one of the most vocal quibbles in wildlife conservation about the attention paid to one or two ‘charismatic’ species, often at the expense of others, the tiger being the most obvious example. Project Tiger, the tiger conservation programme launched in 1973, has been one of the bigger success stories of Indian wildlife, but often the question is asked: At what expense? Proponents of Project Tiger argue that focus on the big cat has led to the development of national parks, which in turn has contributed to the well-being of other species. “It is easy to sell the idea of conservation on the back of a charismatic, marketable species. All Indians are possessive of the tiger, but we also lose sight of the limitations of Project Tiger. An umbrella species for conservation is generally a good idea, but it has its limitations. All other creatures that share its habitat don’t have the same needs as the tigers. For instance, the otter population is being impacted because we are not looking at river pollution,” says Janaki Lenin, a wildlife writer.  India’s tiger conservation is considered a rare success but there are still concerns. “The tiger is still vulnerable, as its habitat, including tiger reserves  continue to be decimated to make way for highways or dams, as for example the river linking scheme in Panna.   The point here is, that sustained political will is critical to protect a wildlife species, and do we have that for the cheetah?”  asks wildlife conservationist Prerna Singh Bindra.

The ideal habitat of a cheetah is a grassland though in Africa they are also found in the savannahs, shrublands and even on the mountain ranges. The Indian Council of Agricultural Research has classified the grass cover of India into five major types. In 2006, a Planning Commission taskforce had declared both grasslands and deserts as the most neglected ecosystems in India. “Protection, development and sustainable use of grasslands are very important for the rural economy and livestock. Many natural grasslands have been converted to plantations, sometimes even in protected areas. Some of the most threatened species of wildlife are found in the grasslands and deserts (for example, the Great Indian bustard, Indian rhinoceros, snow leopard),” the report stated. It strongly recommended a national grazing policy apart from graded legal protection for grasslands.
“We are spending money to bring the cheetah back to India, why are we not spending that money on grasslands instead? Kuno is not even prime grassland. So, what is the conservation objective we are trying to achieve here?” asks Ravi Chellam,CEO, Metastring Foundation & member, Biodiversity Collaborative.  According to him, ecological illiteracy has for long led to grasslands being seen as wastelands. “We need to do away with our blind obsession with tall, green-looking habitats. Grasslands are home to an amazing variety of life but if the Indian wolf, bustard, chinkara, florican have not been able to provide charisma, how far will the cheetah take the grassland?” Chellam asks.

Populating of an area by any species is a decades-long project, and it will be years before we can estimate the success of the introduction of the cheetah. Add to that the fact that cheetahs breed rather reluctantly—and we are looking at a project riddled with questions. In India, wildlife conservation also has a very important element of social and cultural context which, Bindra warns, is missing in the case of the cheetah. “Indians are remarkably tolerant of wildlife. They live around it and with it. Why bring an animal from outside which is not there in living memory?”
But for the proponents of the project, every argument raised against the introduction of the cheetah has a strong enough rebuttal. “The fact is that governments work better under a project than with broad guidelines. Sanctuaries have been developed; prey bases have gone up because there have been concentrated efforts under projects. Whenever new animals are introduced, first the small predators come and then the large ones come. Once they are established, they cannot be driven out,” says Ranjitsinh.

The one fly in this ointment could be India’s beloved big cat—the tiger. Kuno has largely been tiger-free, but there is the presence of a corridor between Ranthambore and Kuno. But once the population is established, as Ranjitsinh points out, then co-existence should be possible.
The pandemic may yet upend India’s ambitious plans to bring the cheetah back in November. As of now, the light is green. Before the end of this year, India may well be home to more than five of the big cats even though the newest entrant to the club will remain a novelty confined to one sanctuary alone, for some time. 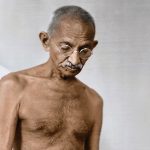