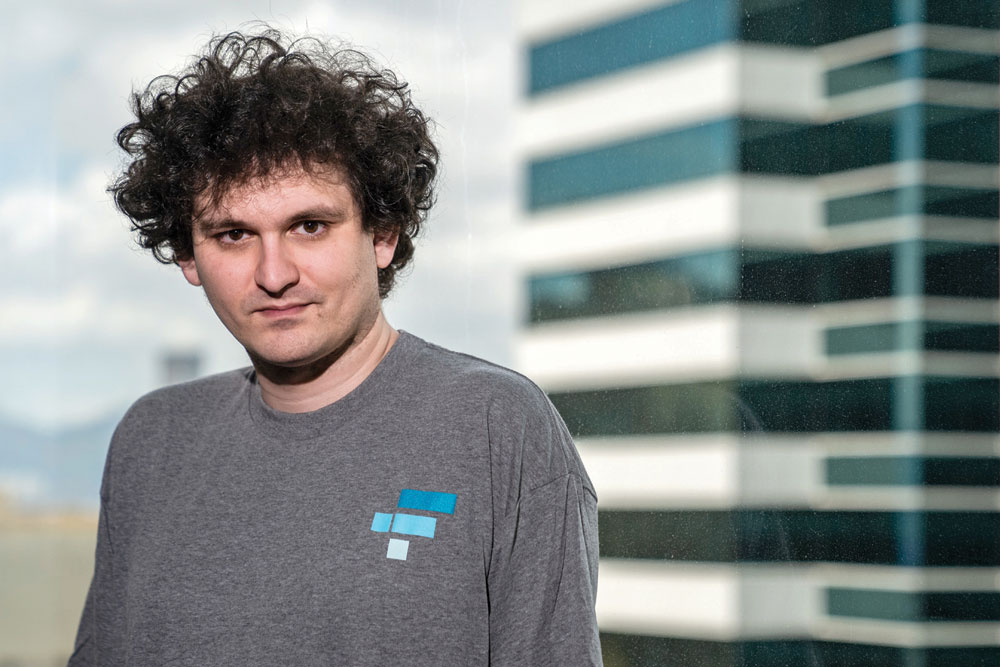 
BEFORE THE EVENTS of last week, Sam Bankman-Fried was argu­ably the most admired name in the crypto world. A quirky 30-year-old with floppy, unkempt hair, he had built one of the world’s largest crypto exchanges, FTX, in rapid time. Often referred to by his initials SBF, his firm was considered one of crypto’s “blue chip” companies, a model of stability and responsibility in an otherwise freewheeling and loosely-regulated industry. Politically engaged and a big donor for the Democrats, he was also seen as an antithesis to the insular crypto bro type. He was also a pioneer in the effective altruism movement, where individuals give away their wealth to charity in efficient and logical ways. He made large donations to support crypto regulations, was toasted by investors and me­dia circles, compared to Warren Buffett, and, earlier this year, when Elon Musk was trying to buy Twitter, he even offered to help the world’s richest man with a few billions of dollars.

This image of Bankman-Fried now lies shattered. His firm FTX, which was valued at $32 billion until quite recently, has filed for bankruptcy, leaving investors poorer by billions of dollars. He is now under probe for shady and possibly illegal activities. The news rippled through the crypto world, plunging the value of all crypto tokens, and is already being referred to as the industry’s ‘Lehman moment’.

The news of FTX’s collapse played out in less than a week, much of it over Twitter. It began with rumours about FTX being insufficiently liquid. When people began pulling out their money from the exchange in fear, the firm began scrambling for cash, and after failing to arrange a bailout from its private investors, Bankman-Fried announced that he was selling the firm to his rival Binance. A day later, Binance walked away from the deal, saying that after examining the company’s books, it decided that FTX’s “issues are beyond our control or ability to help”.

An exchange, which holds crypto assets on behalf of its investors and only collects transaction charges, by definition should not be an easy business to bankrupt. What led to its downfall was the relationship between the firm and another company Bankman-Fried had established, a crypto hedge fund called Alameda Research. The two are supposed to operate as separate entities, but, as the allegations go, this wasn’t the case. Caroline Ellison, who ran Alameda, is believed to have admitted to employees, according to reports, that Alameda had taken out loans and used the money to make venture capital investments and other expenses. But when the crypto market crashed earlier this year, and lenders moved to recall those loans, Alameda used customer funds from FTX to make these payments. According to reports, Alameda may have taken as much as $10 billion from the exchange.

This absence of a firewall between these two firms extended to their personal lives as well. Bankman-Fried lived in a penthouse in the Bahamas with a small coterie of colleagues and had an on-and-off relationship with Ellison, according to reports. An anonymous source who was familiar with the inner workings of the company told the crypto news portal CoinDesk, “The whole operation was run by a gang of kids in the Bahamas.” Bankman-Fried was something of an eccentric figure. An alumnus of the Massachusetts Institute of Technology, he was known to sleep on bean bags in office and would play the League of Legends game during interviews with journalists and meetings with investors. Despite the billions poured in, Bankman-Fried operated with little scrutiny.

The crypto industry came up partly as a way to combat dangerous and unethical practices in traditional financial markets that had led to the global recession in 2008. But as the downfall of Bankman-Fried shows, crypto isn’t any less susceptible to that kind of manipulation. The fallout is expected to have wide consequences. It is already routing the crypto economy, and some suspect, given how large FTX was, it may even spill out into the larger financial world. Bankman-Fried’s stunning fall from grace signals that the crypto industry, already reeling from a brutal year of losses, will be eyed with even deeper suspicion and is in for tougher times.