The case for parliamentary sovereignty and judicial boundaries 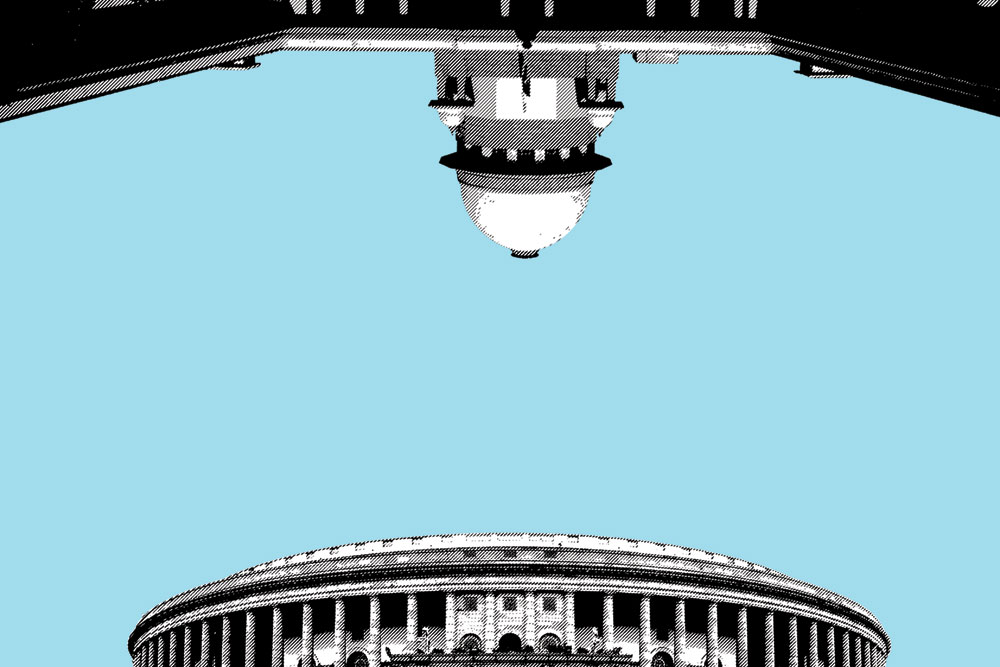 
MEETINGS AND SEMINARS of presiding officers of legislatures are usually staid affairs. But last week, at the two-day 83rd All India Presiding Officers’ Conference, Vice President Jagdeep Dhankhar set the cat among the pigeons when he made a strong pitch in favour of parliamentary sovereignty in India. At one time in India’s history, parliamentary sovereignty was a non-controversial idea. Following British tradition, it was considered a natural development. But these days, merely mentioning the idea leads to instant controversy.

More was to follow. Just days after the vice president’s speech in Jaipur, Union Law Minister Kiren Rijiju made a case for government representation in the collegium system that selects judges of the high courts and the Supreme Court. In no time, there was a furious reaction: the government was “encroaching” on the judiciary and there was “danger” to judicial independence. From eminent lawyers to opposition leaders, everyone joined the chorus of protest.

In contrast to alleged threats to judicial independence, the vice president’s speech was a careful outlining of the political-constitutional situation in India at the current moment. Far from running down the judiciary, Dhankhar spent almost half his speech on underlining the shortcomings in the performance of legislatures, especially the two Houses of Parliament. He was concerned about the lack of order in Parliament during its sessions and worried about its image.

It was in the second half of his speech that he outlined the dangers of institutional imbalances, in particular the judicial encroachment on the legislature’s domain. But throughout his speech, the vice president was careful not to be offensive to other institutions in any way. But his message was clear: “[D]emocracy means the prevalence of, supremacy of the mandate of the people and securing their welfare.”

There are two broad directions along which the statements of the vice president and the law minister have been criticised. Many lawyers claim that the Supreme Court is just doing its duty when it undertakes judicial review. From this perspective, the apex court is only playing its role as the guardian of the Constitution. For the lack of a better expression, this can be described as the “cult of the Constitution”. The extreme version of the cult has it that Parliament is now a ‘majoritarian’ institution and cannot be expected to uphold the Constitution. This responsibility must rest with the judiciary.

A slightly weaker version of the cult is that any amendment to the Constitution that is perceived to be ‘majoritarian’ or disturbs the current institutional equilibrium (such as, changing the equation between the executive and the judiciary) must pass muster at the hands of the judiciary to be acceptable. There are two recent examples. The 99th Amendment, passed in August 2014, provided for a National Judicial Appointments Commission (NJAC). This was struck down by the Supreme Court in October 2015. Similarly, the 103rd Amendment, passed on January 10, 2019 and providing for 10 per cent reservation for Economically Weaker Sections (EWS), was challenged. Many hold it to be ‘majoritarian’.

As understood normally, the Constitution stands above ordinary laws. Laws passed by Parliament and other legislatures can be amended or repealed by those organs by simple majorities or by any other procedure specified by them. In contrast, amending the Constitution requires special procedures. That is where the distinction ends. But the Supreme Court, through a theory of “implied limitations”, places severe constraints on the power of Parliament to amend the Constitution. This is a contentious area of Indian politics.

HE ALSO OUTLINED the reasons why he thought the theory of implied limitations—as outlined in the Kesavananda Bharati case of 1972-73—was erroneous. Dhankhar said, “With due respect to the judiciary, I cannot subscribe to this.” He went on to ask: “Can Parliament be allowed that its verdict will be subject to any other authority?”

While being respectful towards the judiciary, Dhankhar was firm. He said, “I cannot be a party to emasculate the power of the legislature and I have been a soldier of the judiciary… I have to respect it by the position that I hold.” He appealed to the judiciary that “we all have to confine to a deep sense of propriety, self-respect and commitment to the Constitution.”

On the surface, the vice president was scratching controversies that had been settled a long time ago. The Kesavananda judgment was supposed to have ended the question of ‘supremacy’ in the Indian political system. How far is this true?

The current situation is an uneasy one: Parliament is ‘allowed’ to pass legislation but anyone can stand up and send it for ‘scrutiny’ and judicial review to the courts. Earlier, this was an option of last resort when there were glaring shortcomings and irregularities in the law. Now it is the first stop for anyone who disagrees with Parliament. As a result, it is the Supreme Court that has the final say in these matters. This brings the question of ‘supremacy’ right back in: Can the will of the people be brushed aside merely because it runs afoul of some ‘higher’ principle?

In the 1970s—perhaps the most turbulent period in India’s history after Independence—these questions were confounded by political and economic factors at work. The government of the day wanted to introduce laws that would further its ‘socialist’ agenda. In those years, acute joblessness, poor growth, droughts, food shortages and economic weaknesses were thought to have a solution in socialism. These were compounded by the political unrest that hit the Indira Gandhi government. The court’s answer in Kesavananda was interpreted as a ‘safeguard’ for democracy. In reality—however one may interpret the decision—the court simply put the brakes on what Parliament could do.

After another 15 years, the issue disappeared from the political radar as the coalition era set in. In those years—from 1990 to 2014—it was the judiciary that had the upper hand. From appointment of judges to vastly extended judicial review, there was little institutional counter-balancing of the judiciary. The coalitions of that age were preoccupied with their survival and little else.

The current situation is an uneasy one: Parliament is ‘allowed’ to pass legislation but anyone can send it for judicial review. Earlier, this was an option of last resort when there were glaring irregularities in the law. Now it is the first stop for anyone who disagrees with Parliament. Thus, it is the Supreme Court that has the final say

This has changed after 2014. A far more cohesive parliamentary majority for the Bharatiya Janata Party (BJP)-led government and far greater policy coherence is now a normal feature of the political landscape. In these changed circumstances, the executive is bound to assert itself. But that has not gone down well with the ‘system’ that has evolved over time. It is a case of political and constitutional hysteresis that the conditions that created the muddled system no longer exist but the ‘system’ refuses to change. The danger now is twofold. One, in contrast to the 1970s, is that Parliament’s voice may get drowned in the chorus against ‘majoritarianism’ and other ‘higher principles’. Two, the effectiveness of Parliament is increasingly in question due to protests and dysfunction within. Those are the dangers that Vice President Dhankhar was warning against.

WHAT DHANKHAR SAID was in marked contrast to the picture painted after his speech. All through his speech, the vice president reminded his audience about the need to maintain and respect institutional boundaries. Instead of blandly asserting parliamentary sovereignty and riding roughshod over other institutions, he called for dialogue and said that was the only way out.

It has also been asserted that in case the government found representation in the process of selecting judges then that would endanger the separation of powers. This is a strange argument to make. Until the 1980s, the power to initiate appointments of judges rested with the government. Was that period one in which there was no separation of powers? It is these kinds of historically ill-informed opinions that are being dished out to claim that judicial independence is in danger. The danger to separation of powers comes from institutions not respecting their boundaries and not from the executive asserting its due rights.

The Indian Constitution has been amended 105 times. The first amendment came just a year after the Constitution was adopted, in 1951. It was one of the most momentous ones as it placed restrictions on the freedom of speech and expression as well as the right to property. There were other, controversial, amendments later (such as those in the 1970s). But the furore witnessed today has not been seen for decades. The present government’s amendments are—when compared to earlier times—tame and prosaic. Its sin, if it can be called that, is to seek a restoration of the original constitutional and institutional balance. It is a remarkable feat of argument that this effort is being decried as a threat to democracy and judicial independence.