Putin will find it tough to control & exit Ukraine: Luttwak

The war on his western neighbour will result in the Russian leader’s fall, says the military historian 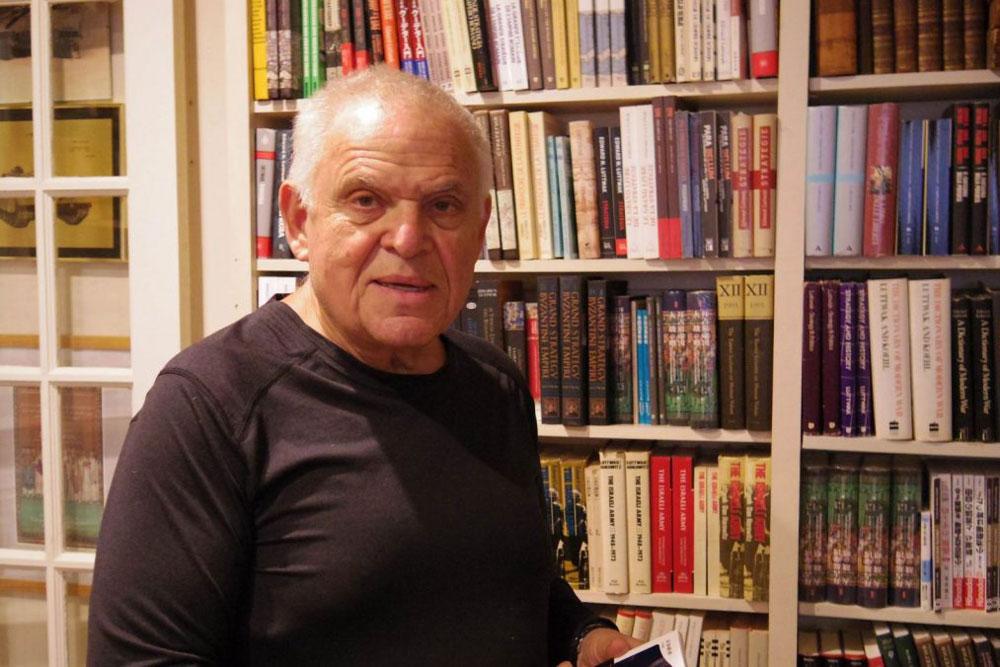 
Noted military historian Edward N Luttwak, who has penned numerous volumes on the grand strategies of empires, including that of the former Soviet Union, says that the Ukraine war will result in the political demise of Russian president and strongman Vladimir Putin due to a raft of reasons, including the prospects of an unwieldy occupation and the rising tide of discontent back home.

Luttwak, a cold warrior now in his late 70s, had negotiated with Soviet generals and officials in his prime as an American interlocutor in the height of tensions between the United States and the USSR. He avers that the Russian troops are too few to control the whole of Ukraine, especially beyond central Kyiv, Kharkiv, Odessa and such regions. He notes that sustaining the occupation will prove to be harder than Russians expect because of the geography in the western side. He emphasises that around Lviv in the west and beyond Zaporizhzhia in the south east, troops will face stiff resistance and will fall easy prey to Ukrainian soldiers and volunteer forces. Lviv is located near the Polish border not far from the eastern Carpathian Mountains. Zaporizhzhia is situated on the banks of the Dnieper River.

“From Moscow, I hear from even non-dissidents that the war is very unpopular,” Luttwak told Open, referring to anti-war, anti-Putin protests across cities in Russia against the invasion of the western neighbour that was launched on February 24. The problem Putin is going to face, he says, is that clashes will continue in Ukraine, making it difficult for him to find a short-or mid-term exit plan. “Final result: the end of Putin,” he exclaims. Meanwhile, Luttwak tweeted about the cultural and political dissimilarities between western Ukraine and Russia that makes them vastly different entities, “Western Ukraine was never part of Russia. It was Czechoslovak & Polish territory gifted to Stalin by Hitler in 1940. Few locals speak Russian as a first language there, few belong to the Russian Orthodox church. (And) then there are the mountains.”

Luttwak, who advises American allies and friendly countries on strategy, is admired for his role as a “grand strategist”. A columnist and author of books as seminal as The Grand Strategy of the Roman Empire, The Grand Strategy of the Byzantine Empire and The Grand Strategy of the Soviet Union, he is a polyglot born in Romania, raised in Italy and England, and now lives in Chevy Chase, Maryland, US. When he was just 16, he had joined the British army and later volunteered for the 1967 war on the Israeli side against the united Arab forces. He is an alumnus of the London School of Economics and Johns Hopkins where he earned a PhD. Over time, he has earned for himself the epithet “the Machiavelli of Maryland”. His books such as Coup d’État: A Practical Handbook and Strategy: The Logic of War and Peace are some of his most-read books. Luttwak, who was invited to India some months ago to advise officials on diplomacy, is also an expert on global history and cultures, including that of China. His 2012 book on China — The Rise of China Vs the Logic of Strategy – had generated wide interest across the globe. Luttwak has over the decades served as a consultant to the US National Security Council, the US Office of the Secretary of Defense, the US Department of State, the US Armed Forces and to various governments.