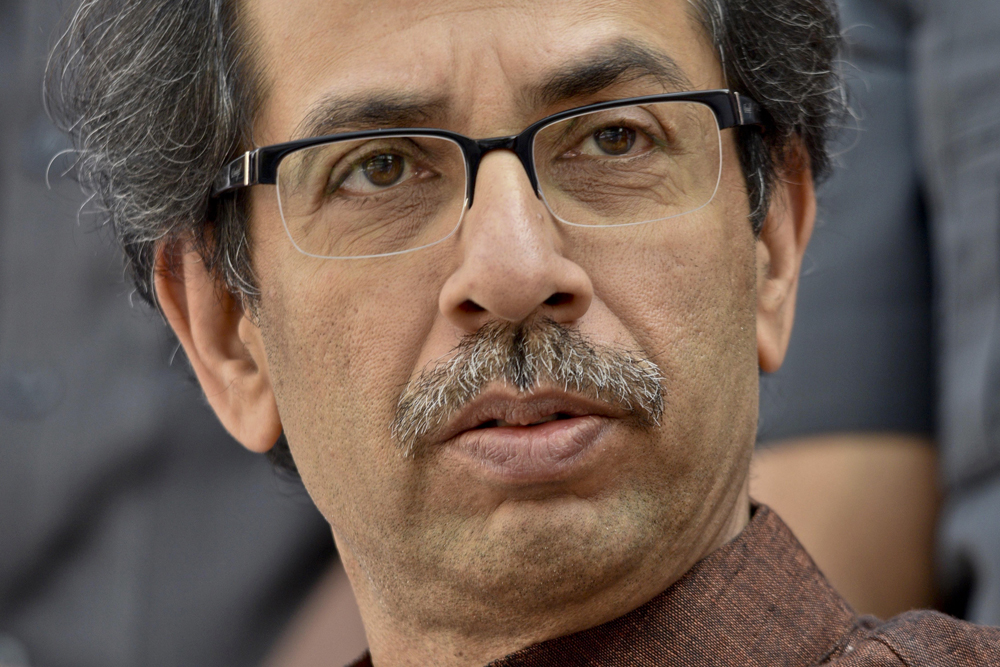 
Three or four times a year, the Shiv Sena and other self-appointed keepers of the Maratha flame exhume Maharashtra’s now 65-year-old territorial dispute with the neighbouring Karnataka. The state’s claim to 814 allegedly Marathi-speaking villages and towns in north Karnataka has appeared especially anaemic of late, surfacing on Karnataka Rajyotsava Day and on the first day of the winter session of the legislature at Belagavi, and thereafter, disappearing from public discourse. Speaking on January 17th this year, on the occasion of Hutatma Divas (martyrs’ day), an annual commemoration of the death of Marathi activists in protests against the inclusion of Marathi-speaking areas in Karnataka upon the reorganisation of states in 1956, when Maharashtra Chief Minister Uddhav Thackeray once again channelled the familiar theme, reiterating his party’s emotional pitch to incorporate “Kannada-occupied regions” back into the state, he missed the wood for the trees. In Maharashtra, where civic elections are forthcoming, the Shiv Sena is competing with its former ally, the Bharatiya Janata Party (BJP), for the Hindutva vote, even as it strives to keep the peace with its partners in the ruling Maha Vikas Aghadi (MVA) coalition—the Congress and Sharad Pawar’s Nationalist Congress Party (NCP). Raking up an issue that has no resolution in sight may, at best, serve as a momentary diversion from more pressing matters. “The people of Mumbai-Karnataka (the region comprising Belagavi, Hubballi-Dharwad, Vijayapura, Bagalkot and Gadag) do not rally for the Marathi cause anymore. There are two reasons for this—one, linguistic chauvinism has been rendered obsolete in today’s nationalistic India, and two, development has enriched the people of the region thanks to concerted efforts by successive governments in Karnataka,” Jagadish Shettar, state industries minister and a prominent leader from Hubballi-Dharwad, told Open. “In just the past year, we have brought Rs 4,500 crore in investments to the region. Last week, we cleared a Rs 3,000 crore project to set up an electronic consumer goods cluster in Hubballi-Dharwad, which will create 20,000 jobs. A packaging industry is also coming up.” The region is well-represented in the Karnataka cabinet, second only to Bengaluru.

Thackeray’s diversionary tactic, in fact, underlined Union Home Minister Amit Shah’s visit to Belagavi on the same day—a coincidence—to address a rally ahead of local body polls and the impending bypoll to the Lok Sabha seat that had fallen vacant after Member of Parliament Suresh Angadi’s death due to Covid in September 2020. BJP leaders say they are confident of sweeping the polls. “With Maharashtra Ekikaran Samiti (MES), which sent five MLAs to the Assembly in 1994, drawing a blank in recent state and local body polls, Marathi votes often go to BJP because of the common Hindutva cause,” says author and senior journalist from Belagavi, Sarjoo Katkar. BJP currently holds five of the eight Assembly seats under Belagavi, and has been strengthening its presence across Mumbai-Karnataka since the mid-1990s. The MES, whose sole raison d’etre is to demand Belagavi’s merger with Maharashtra, is a spent force politically, although it continues to lend voice to those challenging the cultural authority of Karnataka. The allegations against Karnataka include the shutting down of a number of Marathi schools in the northern districts, imposing Kannada as the sole language of communication in government offices, and deploying police to prevent Marathi scholars and politicians from travelling to the state to attend sahitya sammelans.

Aside from stray incidents, the Mumbai-Karnataka region is a rare, peaceable multilingual tract, says Manisha S Nesarkar, professor at the Department of Marathi, Rani Channamma University, Belagavi. “The trouble-mongers are all outsiders. While Marathi speakers, especially the unread among them, would like Marathi as a second language of administrative communication, in the public and cultural spheres, there is no tension between the two communities,” says Nesarkar, whose PhD was on the cultural and linguistic cross-pollination in the region. “The Marathi literature of the region, such as works by Mahadev More and Bhimrao Gasti, borrows words from Kannada and has a distinct flavour. The two communities have inter-married for several generations and adopted each other’s food and culture, giving rise to what we jokingly call Kokam culture—a mishmash of influences from Konkan, Karnataka and Maharashtra.”

Belagavi was not always peaceful. It was a different era when Thackeray’s present-day colleague, Sharad Pawar, had kicked off a month-long satyagraha here on behalf of the Samyukta Maharashtra Seema Samiti. Infiltrating the border security perimeter on June 1st, 1986—the first day of the academic year—Pawar took part in protests against the Ramakrishna Hegde-led government’s language policy, specifically the decision to make Kannada the only first language and, therefore, compulsory in all schools. Rumours of Pawar’s arrest led to riots and police firing in the town square and outside Hindalga jail, leaving several dead. Rioters also damaged the pipeline from Rakaskop Dam, the only source of water to the city, cutting off the supply. The agitation catapulted Pawar, who already had a stint as Maharashtra’s youngest chief minister behind him, to the position of the most influential Maratha leader, and he assumed power for the second time two years later. In the decades that followed, however, the once-emotive issue that Bal Thackeray invoked in fiery speeches, came to be seen as a stalemate that neither state wanted to resolve. It was a disused well from which each would periodically draw water, only to claim that it belonged only to them. The fact is, linguistic identity was never set in stone in this cross-cultural corridor. In 2008, the then Maharashtra revenue minister Chandrakant-Dada Patil unwittingly stirred controversy when he sang a Kannada song about Durga at an event near Gokak. In 2011, a literary award newly instituted by the Maharashtra Sahitya Parishat in the name of Jnanpith awardee Vinayaka Krishna Gokak came under caustic criticism by the MES, which pointed out that it was Gokak who had authored a report that crystallised into the single-language policy of the Karnataka government in the early 1980s. “Over time, tensions dissipated as Kannada speakers began to outnumber Marathi speakers in Mumbai-Karnataka. The settlers altered the sociocultural dynamics in several ways. For instance, when the Muslim influence in the region was on the rise, Hindus of Kannada and Marathi extraction united against them. The early 1990s saw a few orchestrated incidents against Muslims. Since then, Belagavi has largely stayed out of trouble, but not out of headlines,” says Sarjoo Katkar.

What makes the border dispute a recurrent political hot topic is that while the parochial politics of Maharashtra has ensured that the state has not budged from its stand since 1957—as is evident from its rejection of several efforts at reconciliation—Karnataka has, since the early 20th century, seen the Mumbai-Karnataka region emerge as the centre of a unifying ideology for Kannada-speaking people in terms of territory and culture, as Mahesh Gavaskar points out in a 2003 article in the Economic and Political Weekly. “Since the ‘Karnatakatva’ propounded by Alur Venkata Rao (1880-1964) was born out of a sense of relative deprivation at Kannada not being a ruling language, it did not find resonance in the old Mysore state in the south where Kannada enjoyed ruling status,” he writes. This is the sentiment that Karnataka Chief Minister BS Yediyurappa and Congress leader Siddaramaiah are in thrall to when they insist they won’t give up “even an inch of land”. “Karnataka’s claim over Belgaum predates that of Maharashtra. The Congress’ historic session in Belgaum in 1924, graced by Mahatma Gandhi’s presence and musician Gangubai Hangal’s rendition of Udayavagali namma cheluva Kannada naadu (may our Kannada land prosper), is a case in point,” says Prabhakar Kore, president of the Karnataka Lingayat Education Society. Declaring Belagavi as the second capital, constructing the Suvarna Vidhana Soudha, and changing the name from Belgaum must be seen as efforts to keep this spirit of ‘Karnatakatva’ alive.

The Kannada and Marathi voices on either side of the once-porous border have, for a long time, been resounding in separate echo chambers. Legally as much as politically and culturally, a cathartic resolution is impossible. The first bilateral talks were held in the early 1960s, with the formation of a four-member committee comprising representatives from both states. They did not reach a consensus. Upon Maharashtra’s urging, the Centre in 1966 appointed a commission under Justice Mehr Chand Mahajan to look at the disputed territories with geographical contiguity, linguistic majority and the will of the people in mind. The Commission rejected Maharashtra’s claim on Belgaum and Karwar, and directed Karnataka to give up over 260 villages and the tobacco town of Nippani. Maharashtra would have to cede just as much ground, besides Sholapur. Maharashtra, which would have to cede just as much ground, including Sholapur, once again rejected the outcome and demanded another review of the issue. “The Karnataka government readily accepted the recommendations. Talk on the street was, exchanging Nippani for Sholapur was like trading in a mule for a horse,” says Kannada writer and scholar Ramjan Darga, who as a teenager participated in the protests against the commission. “We were under the impression that the report would favour Maharashtra. When it came, it didn’t favour either state. The dispute continued to rage on either side. In the 1970s, I remember an exodus of Kannadiga sugarcane farm workers from Maharashtra. Treated badly, they preferred to return to Belgaum.”

The argument continued into the new millennium, with Maharashtra petitioning the Supreme Court in 2004 for a settlement under Article 131(b) of the Constitution. Karnataka says the suit is not valid. The Supreme Court is yet to start hearing the case. “Despite what Karnataka says, the Mahajan Commission report, which was a bundle of inconsistencies, is not final,” says Malojirao Ashtekar, an MES leader and veteran activist. The MES is not a political organisation, he says. “We are a social outfit. We often don’t back candidates for elections. The people will vote for someone they think of as their own—whether they are from BJP or the Congress is immaterial.” A former mayor of Belagavi, the septuagenarian admits Marathi speakers are a minority in the city. “But minorities must have their rights. As for the rest of the region, even in Khanapur and Nippani where there are large Marathi-speaking pockets, there is not a single leader in the fray brave enough to challenge what Dr BR Ambedkar called the ‘political vandalism’ of the region.”