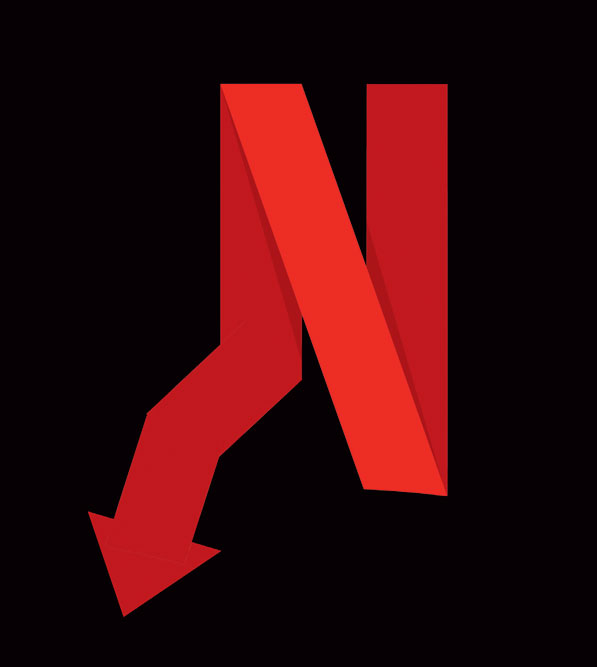 
IN 2015, NETFLIX’S co-Chief Executive Officer Reed Hastings had put up an update on Facebook. ‘No advertising coming onto Netflix. Period,’ he wrote. It is a maxim he has repeated for years. And why wouldn’t he? Netflix with its model of on-demand and commercial-free streaming was transforming the film and TV industry, enjoying a kind of supremacy in home entertainment akin to what Facebook has in social media or Amazon in online retail. It was something new and edgy, putting out the kind of content you gathered around water coolers to discuss the next day, and which would lead Hastings to even declare once that Netflix wasn’t competing with other platforms. It was competing with the human need to sleep.

But a few days ago, Hastings had something remarkably different to say. The company would in a year or two, he said, introduce a lower-priced version that would support ads.

What prompted this reversal is a decline in Netflix’s subscriber base. For the first time after a decade of steady growth, the streaming platform lost two lakh subscribers in the first three months of this year. This announcement was followed by another grim prediction: another two million subscribers would go in the second quarter. The company’s shares nosedived by around 35 per cent after the announcement, shedding about $50 billion in market capitalisation. The aftershocks of this tremor spread across the industry with the stocks of several media companies like Disney, Warner Bros, Discovery and Paramount tumbling.

Netflix blamed the decline in its subscribers to a host of reasons, ranging from increased competition, its decision to drop all subscribers in Russia because of the Ukraine war, sluggish economic growth and inflation to password sharing among family members.

One reason is abundantly clear. It has been a while since Netflix created the kind of must-see original content it once did with shows like Narcos or House of Cards. Rival streaming platforms now put out original content that is as compelling as anything on Netflix.

In India, considered to be among the fastest growing streaming markets, after creating a splash with Sacred Games in 2018, the platform has struggled to come up with content that becomes a talking point like those from its rivals here. Although in its letter to shareholders, Netflix has mentioned India as one of its few bright spots where it is witnessing growth, this growth is really far from remarkable. Hastings himself said as much. After predicting (in 2018) that the platform’s next 100 million subscribers would come from India, during an investor call earlier this year, Hastings called the platform’s slow growth in India “frustrating”. According to reports, Netflix is estimated to have around 5.5 million subscribers in India, way behind Disney+Hotstar’s 50 million and Amazon Prime Video’s 16 million.

Netflix is expected to respond to this loss in subscribers by launching an ad-supported, lower-priced version of its service, and, according to reports, by cracking down on password sharing, and being more judicious on the money it splurges to acquire content. But will that turn the tide?

Many believe Netflix’s Achilles’ heel is the one that had made it so distinctive: its pure focus on content, and the subscriber base that would come with it. Unlike say Disney, it doesn’t have theme parks, consumer products or theatrical runs, along with a streaming service. Netflix is perhaps attempting to address this issue with its foray into mobile gaming, such as the recently announced game (along with an animated show) around the card game “Exploding Kittens.”

But a larger question emerges from this recent report. The explosion of content might be great for consumers, but is the streaming business model really as sound and reliable as its forebears were? Is there really something as too much content? Disney is expected to report its subscriber numbers next month. And if those figures aren’t enthusiastic, these questions around the streaming business will only grow louder.