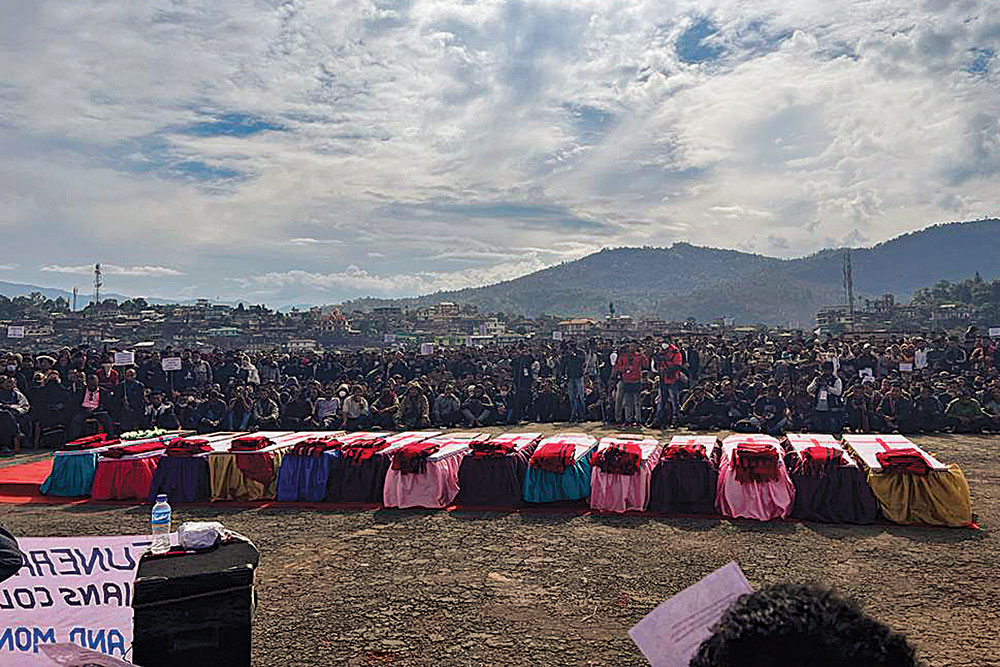 The funeral of civilians killed in a counterinsurgency operation in Nagaland, December 6 (Photo: AFP)

The 70 commandos of the Indian Army’s elite 21 Para Regiment who were dropped at 3.30AM by helicopters inside Myanmar knew exactly where to find the camp run by Naga insurgents. Equipped with sophisticated weapons, the commandos launched a quick strike, killing at least three dozen militants.

This operation in the June of 2015, cleared at the top level in New Delhi, was to avenge the ambush, a few days earlier, by Naga insurgents on an Army convoy in which 18 soldiers had lost their lives.

Seven years later, on the evening of December 4th this year, another ‘job’ for commandos from the same regiment—this time in a border district of Nagaland—would go horribly wrong, shattering the delicate peace process in the state built after decades of parleys between Delhi and Naga insurgent groups.

That evening, the commandos, believed to be acting on a specific intelligence input, intercepted an open pickup truck in Nagaland’s Mon district. The input said the truck was carrying insurgents of one of the rogue factions of the National Socialist Council of Nagaland (NSCN), the Naga militant group.

The information turned out to be wrong. It is not clear if the truck was ordered to be stopped. But it was fired upon, resulting in the death of six of its eight occupants who turned out to be local miners returning home from work on the weekend.

As the gunshots, heard miles away, alarmed people around the ambush site, they rushed to the spot. Upon discovering the corpses of their neighbours, the crowd turned violent, attacking the commandos. They fired again, this time to save their lives, killing seven more.

As the incident created a national furore, Union Home Minister Amit Shah made a statement about it in both Houses of Parliament on December 6th. He said the truck carrying miners was asked to stop, but it did not. He said a Special Investigation Team (SIT) had been formed which would submit its report within 30 days. Tamil Nadu Governor RN Ravi, who has in the past served as Nagaland’s governor and also as the Union Government’s interlocutor in the talks with the Naga insurgent groups, was asked to rush to Delhi. Attempts were made to reach out to these groups again to contain the unrest. Whether that will happen in the face of a huge outpouring of grief and rage not only in the state but in many other parts of the Northeast is hard to ascertain immediately, but already a Naga insurgent group has issued a statement saying “the blood of the innocent spilled will be avenged sooner or later.”


The commandos intercepted a pickup truck. The intelligence input said it was carrying members of a rogue NSCN faction. That information turned out to be wrong

For decades, the insurgency in Nagaland, as old as independent India itself (and hence sometimes called the “mother of all insurgencies in India’s Northeast”), had remained a headache for New Delhi which had no clear vision to deal with it. So much so that till the 1970s it was dealt with not by the home ministry but by the Ministry of External Affairs. In the 1960s, one of the founders of the NSCN, Thuingaleng Muivah, had travelled to China to receive arms training, followed by visits to North Korea and North Vietnam where he was trained in guerrilla tactics by communist fighters. In 1980, along with Isak Chishi Swu, Muivah formed NSCN(IM). It is with this group that a ceasefire could be negotiated in the 1990s after sustained efforts. This later paved the way, in January 2003, for the return to India of the two leaders from Amsterdam, for the first time in decades.

But there were issues that remained unsolved as the faction demanded the extension of Nagaland state into ‘Greater Nagaland’, a geographical entity that also contained parts of Manipur, Assam and Arunachal Pradesh. In 2003, after their talks with then Prime Minister Atal Bihari Vajpayee, this correspondent had asked Muivah outside the prime minister’s residence if there had been any conversation about Greater Nagalim. Muivah had replied that there was no greater or smaller Nagaland but Nagaland. On being asked if he considered Ukhrul (part of Manipur, dominated by Nagas; Muivah was born there) a part of Nagaland, Muivah had replied: “Yes, of course!”

While Delhi saw this as a victory and termed the negotiations as a historic step in ending the insurgency, NSCN(IM) got further emboldened in running a parallel government of sorts from Camp Hebron, 40 km south of the capital Dimapur. In the late 2000s, there were estimates that the Naga insurgent groups had extracted ₹ 2 billion from Dimapur alone between January and July 2008. NSCN(IM)’s budget was put at around ₹ 20 crore by Central intelligence agencies. Its cadre and weaponry had also doubled in a decade since the ceasefire in 1997.

The other faction of NSCN led by Khaplang—thus called NSCN(K)—felt sidelined and refused to join the talks. It is this faction that ambushed Indian soldiers in June 2015, leading to the counter-strike on its camp in Myanmar.

Two months later, in August 2015, as Swu was admitted to a hospital in Delhi, a Framework Agreement was signed between Delhi (represented by interlocutor Ravi) and Muivah. The Narendra Modi Government called it an end to the insurgency, but the modalities of the agreement were kept secret.

Swu died in 2016, followed by Khaplang in 2017. The Khaplang group broke in two. One of these factions is led by Yung Aung, believed to be based in Myanmar. It is insurgents of this group that the commandos in Mon district were aiming to target—and that operation went wrong.

The Framework Agreement was supposed to be taking care of the interests of both sides. NSCN(IM) dropped its demand for Greater Nagalim in 2019 but raised it again last year after serious differences developed between Ravi and Muivah. Ravi is believed to have asked the Naga insurgent groups to start acting on their promises and that the Government could not go on forever with the talks.

Under pressure from Muivah, Ravi was dropped as interlocutor, to be replaced by former special director of the Intelligence Bureau, AK Mishra.

Last month, there was hope once again that the talks with the new interlocutor would help resolve ambiguities. But with the killings, a shadow has fallen on any chance of reconciliation. In its statement, NSCN(IM) said the killing of unarmed civilians could not be justified in any manner.

As the investigation into the killings begins, some questions that need answers include why Special Forces were used for an operation on Indian soil which was not extraordinary at all and could have been handled by Assam Rifles, the main counter-insurgency force in the area. Reports suggest that the commandos were divided into two groups. One was supposed to spot the vehicle and confirm the presence of insurgents and then communicate to the other team about the assault. There are indications that someone among them spotted a gun, which turned out to be a hunter’s gun. The Army has said that it signalled them to stop and they did not, something that Shah said in Parliament as well. But the Nagaland police and administration have refuted the claim. While filing an FIR against the forces, the police have accused the Army of attempts to hide the bodies. “It is to be noted that at the time of incident there was no police guide nor security forces did make requisition to police station to provide police guide for their operation [sic]. Hence it is obvious that the intention of security forces is to murder and injure civilians,” read the FIR. Several eyewitnesses have said that when they reached the spot, they found one of the trucks driving away. When it was stopped, the bodies of the slain young men were found in the back.

The fiasco poses a big challenge for the government. With its hard image in dealing with insurgency, it cannot be seen mollycoddling rebel groups in the Northeast

After that, all hell broke loose, which resulted in the troops firing at the crowd, killing more. In this melee, one commando was killed as well.

The killings have once again put a spotlight on the Armed Forces Special Powers Act, 1958 (AFSPA), which gives unbridled power to the security forces to operate in Nagaland (and other insurgency-affected areas) with impunity. On December 7th, the Nagaland cabinet recommended it be repealed. Chief Minister Neiphiu Rio called it “draconian” while his counterpart in neighbouring Meghalaya, Conrad Sangma, also asked for its repeal. The Justice Jeevan Reddy Committee, set up in 2004 to look into AFSPA, submitted its report a year later, advocating that the act be removed as it had become a symbol of oppression. Later, a reforms commission also echoed a similar sentiment. The recommendations of the Jeevan Reddy Committee have been rejected by the Modi Government.

The Nagaland fiasco now poses a big challenge for the Government. With its hard image in dealing with insurgency, it cannot be seen mollycoddling rebel groups in the Northeast, although constituting the SIT was a wise decision. All eyes will be on this investigation and following it up with a real sense of justice for the victims will go a long way in resuming the peace process in the state. There is trouble already in neighbouring Manipur as well, with the recent ambush resulting in the death of, among others, a senior Army officer and his family. With a belligerent China looking to fish in troubled waters, the need is to step up immediately so that things do not get out of hand any further.

The developments of the coming weeks will decide what trajectory the insurgency in India’s Northeast takes. 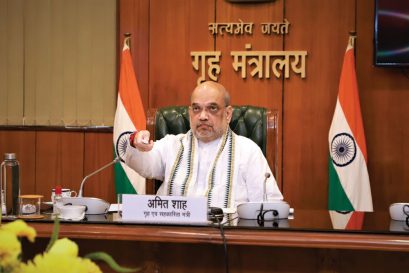 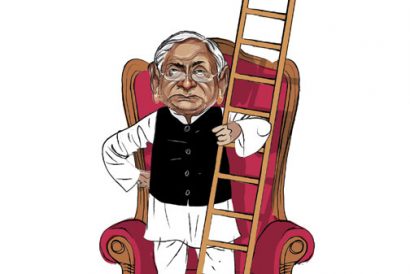 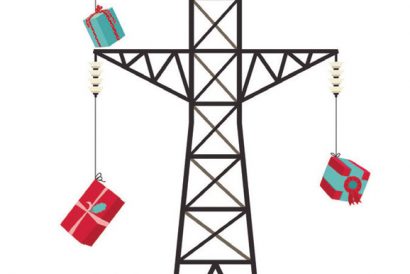