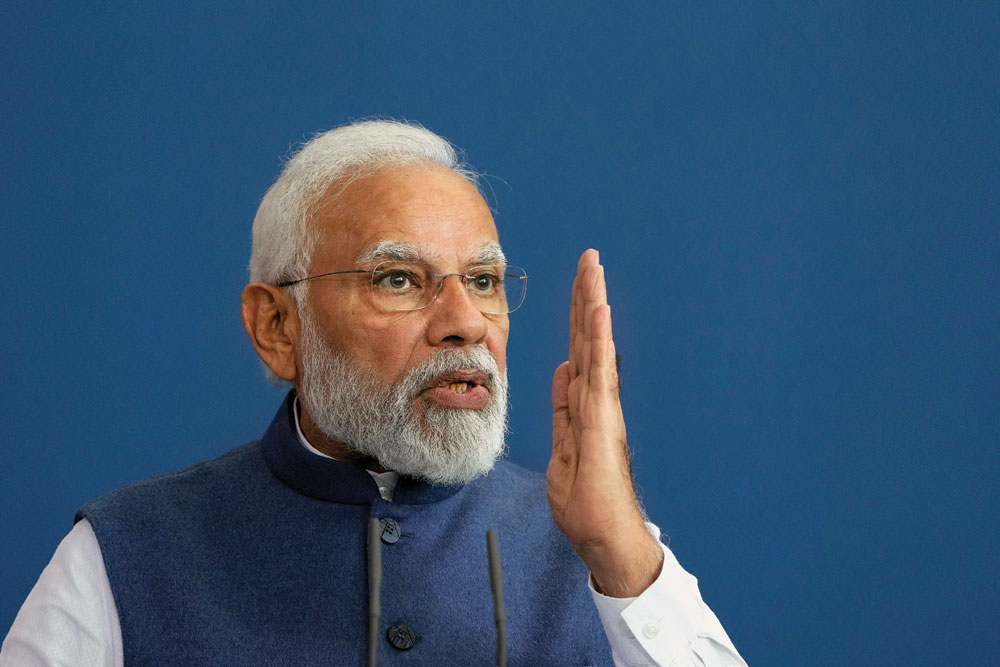 
Prime Minister Narendra Modi’s message to Ukrainian president Volodymyr Zelensky that there is no “military solution” to the war with Russia mirrors his “not an era for war” remark to Vladimir Putin and reflects a concern over the impact of a global demand slump on the Indian economy.

Modi’s observation during a public interaction with Putin in Samarkhand was read as a “rebuke” by western media and while Indian sources said the interpretation needs to be more nuanced, the Prime Minister’s remarks were certainly not anticipated and marked a different and new articulation.

In emphasizing to Zelensky that there is no alternative to talks, Modi seemed to have balanced his message to Putin, perhaps in the light of how it played out in the West. The bottom line could be summed up as both sides need to consider capitalizing on their advantages and cut their losses in a war with no winners.

As of now, Putin’s decision to “annex” parts of eastern Ukraine has only deepened the crisis and the war is set to linger into the winter and very probably the next year. While Putin’s actions have very little support – even so-called neutrals like India do not endorse aggression against Ukraine – Zelensky may need to be wary and not over read the recent gains of his military.

India will continue to nurture ties with Russia, not the least because of likely volatility in energy prices in the coming months when Europe’s energy needs will conflict with a desire to punish Putin. Yet, continuing hostilities are taking a toll with India’s fertilizer subsidy bill crossing Rs 2 lakh crore and fuel import bill doubling to nearly US $ 120 billion in fiscal year (FY) 2022.

The concern is that a slowdown in the global economy, while bringing about a moderation in oil prices, will hurt India’s exports which breached the $ 400 billion mark in FY 22. Restrictions on exports of certain food grains have already affected the export performance and a further slowdown will erode India’s capacity to manage the current account deficit.

The production linked incentive schemes in sectors like auto components, automobiles, civil aviation, chemicals, electronic systems, food processing, medical devices, metals and mining, pharma, telecom and renewable energy have been well received and India is an attractive destination for investors. The government is banking on such initiatives to shore up the economy while hoping that the late rains reduce the sowing gap and keep food stocks secure.

India’s perception of the Ukraine war has differed from the West but as the conflict drags on some shifts are likely. Indispensible as India’s relations with Russia are, the “wrecking ball” effect of Putin’s ill-considered war against Ukraine will deepen India’s misgivings over the leader’s current path.