She was the voice we all lived and loved by 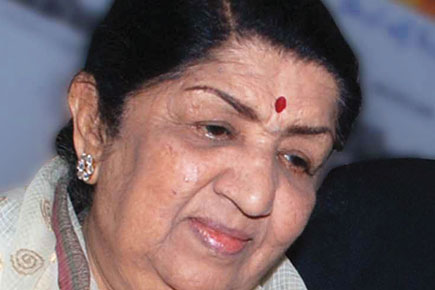 Naam gum jayega, chehra yeh badal jayega, meri awaaz hi pehcchan hai, gar yaad rahe (the name and face ay change, but my voice will remain the same, if you bother to remember). Nothing about Lata Mangeshkar will be forgotten or lost. Even the song in Kinara (1977), written and directed by Gulzar, sung in a duet with Bhupinder and picturised on Hema Malini and Jeetendra will live on forever.

Lata was the voice of our hearts, the echo in our ears, the soundtrack of our loves and lives. We turned to her for passion and compassion, for comfort and courage, for solace and seduction. Madhubala’s ghostly voice in Mahal sending shivers down Ashok Kumar’s spine in Mahal (1949). Waheeda Rehman’s rebellious Rosie in Guide (1965) singing Rangeela re watched by Dev Anand. Madhuri Dixit’s lively Nisha singing Didi tera devar deewana in Hum Aapke Hain Koun..! (1994). Lata has been the voice of Indian womanhood since 1942, establishing an astounding dominance in an industry known for its fickle impermanence.

Few artistes could have done so much–moved the late prime minister Jawaharlal Nehru to tears with her rendition of Kavi Pradeep’s Ae mere watan ke logon, her tribute to the Indian soldier in 1963; regaled audiences at the Royal Albert Hall; or sang for 24 hours straight without a break with 20 to 30 renditions. In her long and eventful life, she worked with two, sometimes three generations of one family. She saw India go from a colonial nation to a free country, embracing the new world with joy. She saw the world change, and kept pace with it, whether it was music, movies or cricket.

No challenge was too small for her. She lost her father when she was 13, becoming her family’s main support. She was told her voice was too thin for playback, by legendary filmmaker Sasadhar Mukherjee. She was told her Urdu diction had the smell of daal-bhat by Dilip Kumar, and immediately took Urdu lessons. She was told, after a three month illness, she would never sing again, only to record the eerily memorable Kahin deep jale, kahin dil for Bees Saal Baad (1962). She met world leaders, monarchs, celebrities, but she remained Lata Didi, with her trademark white or off white sari, her hair in one long plait, forever girlish, forever young.

She wasn’t just a singer. She was a voice artiste, enacting the emotions that gave actresses onscreen so much life and light. Can anyone imagine any other voice singing Pyar kiya toh darna kya in Mughal-e-Azam (1960), Thare rahiyo for Meena Kumari in Pakeezah (1972), or Yeh kahaan aa gaye hum for Rekha in Silsila (1981)? She was part of an extraordinary efflorescence in Indian music, collaborating with great directors like Raj Kapoor and Yash Chopra, musicians such as Shankar-Jaikishan and Naushad, and fellow singers Mukesh (with whom she shared a love of KL Saigal), Mohammed Rafi (whom she thought a spiritual man) and Kishore Kumar, who often reduced her to tears of laughter with his antics.

We remember her as a singer but she was also instrumental in fighting for recognition of her tribe–whether it was to ensure that credit was given to playback singers or that Filmfare give awards for playback singing. In a world where it is all too easy to remain invisible, she never backed down, whether it was a difference of opinion over the softness of singing with SD Burman or over royalties with Mohammed Rafi. But it was always done with grace and dignity.

Go in peace, nightingale of India