Among the greatest actors of Kerala, she leaves an indelible imprint on the Malayali mind 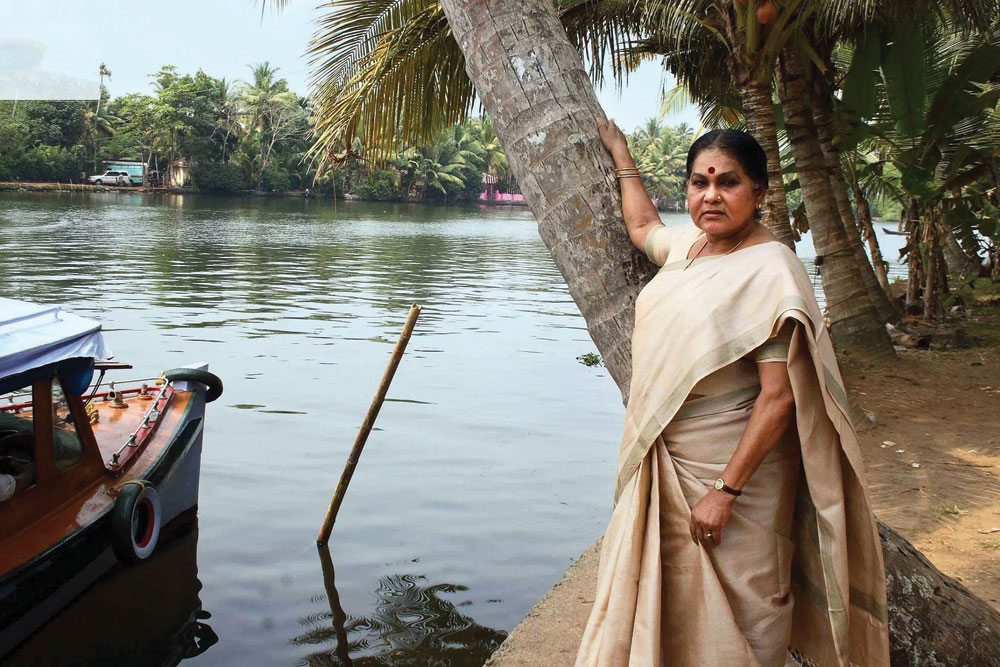 
IN ONE OF her television interviews, KPAC Lalitha, who passed away on February 22 at the age of 74, remembered how she would have a photo of the gods, Krishna and Shiva, in her bag as she travelled with her theatre group in the beginning of her career. Every day, when no one was there, she would take it out and burn an incense stick. Someone ratted on her. The director came in, checked her bag, took the photos out, and hurled them away in front of her, leaving her in tears. The reason was the group—Kerala People’s Arts Club, whose initials became her own name—was made up of staunch communists in post-Independence Kerala when the movement was gathering critical mass. Indeed, it was one of the reasons why communism came to dominate not just politically but culturally in the state.

One of the earliest and most popular KPAC plays was called Ningalenne Communistakki (You Made Me A Communist), written by the man who would become the creative driver of KPAC—Thoppil Bhasi, an underground activist chased by the police even as the play was being staged. As the new medium of movies started becoming popular, Bhasi was at its forefront. In a blog, his son KPAC Soman would say about his father: “He wrote 16 plays, for KPAC, each more spectacular and socially relevant than its predecessor and it used to be said in the ’60s and ’70s that there wasn’t a day where at least one of his plays was not staged at any part of Kerala! Such was the influence of his creative power. From KPAC, he slowly moved to the film industry (some say it was a natural progression), authoring over 100 screenplays, and turned to direct 16 movies in the Malayalam language, most of them box-office successes.”

It is in this interregnum of the 1960s when the boundaries between theatre and movies were merging, that Lalitha found her space. Born Maheshwari Amma into a poor family, her father, too, was a communist and also underground for a while. Her ability to dance was noticed as a child and from there she came to theatre, and then eventually became a part of KPAC. The association with the Communist Party remained lifelong. When theatre—the plays and actors—merged into cinema, Lalitha too found herself part of it. In a career that only death ended, she appeared in close to 500 movies. The acting was effortless and, occasionally, she would get the movie where the full glory of her talent would shine through, as in the film Amaram (1991) where she played a fisherwoman. She got a National Award for it.

It was a movie directed by her husband Bharathan, one of the most gifted filmmakers the Malayalam film industry ever saw. He was among those who brought to the screen realism that also appealed to the public interest, the middle brow. The period of the 1980s and 1990s when this phenomenon achieved full glory was also responsible for a new crop of superstars like Mohanlal who were not just performers, but actors. Lalitha was in most of their movies.

It wasn’t always a happy life. There were the tribulations of being a woman in a field rampant with sexual harassment, some of which she recounted in her autobiography. Her husband died young at 51 leaving behind debt, the legacy of his unrelenting need to make movies his way. Her house in Chennai was put on the block. She returned to Kerala and then worked to pay off all his loans. Just as there was stability, her son, an actor-turned-director, had an accident that almost killed him. She nursed him back to health until he found his footing in the industry again. Before she passed away from liver ailments, there was controversy when the government paid the medical expenses for a liver transplant. It led to a debate on why the taxpayer should bear the cost of a self-sufficient private individual. Her relationship with the Communist Party must have been part of the reason for such a favour. She always remained in that corner even if she never broke her faith in God, and was uninhibitedly religious. Many aspects could live together in her exuberant personality.