The new CJI is a champion of the underclass 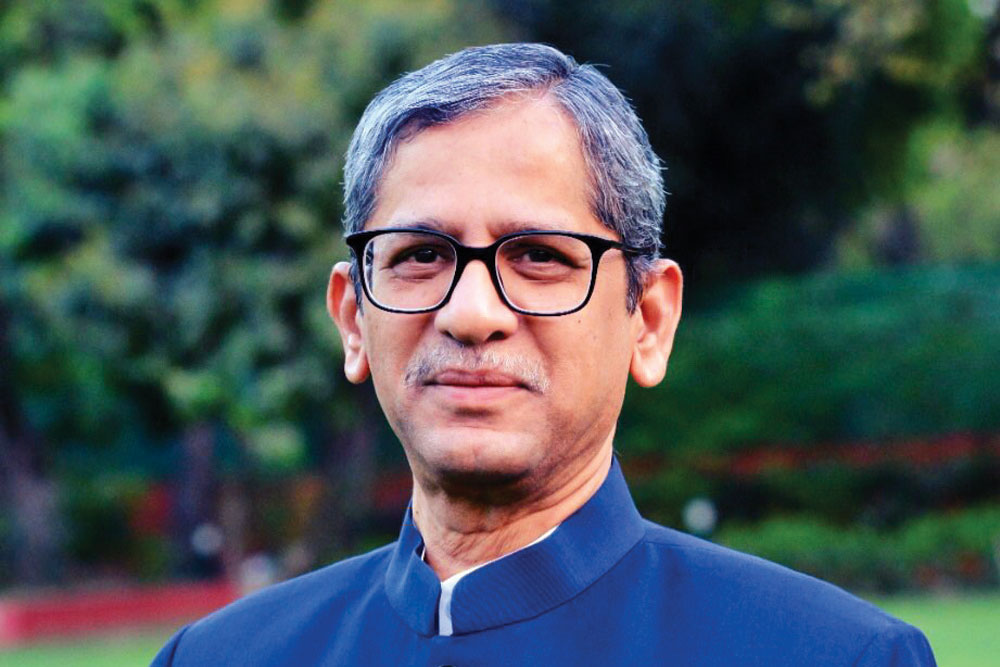 JUSTICE NV RAMANA’S angst over the criticism of judges was discernible when he said in September 2020, “The life of a judge is not a bed of roses.” He said judges were being “construed as soft targets for criticism” as they restrained themselves from speaking out in defence. This, he went on, was further complicated by the proliferation of social media and technology with “judges becoming subjects of juicy gossip and slanderous social media posts”.

A month later, Justice Ramana again delved into the life of judges. “It is an important quality for a judge to withstand all pressures and odds and to stand up bravely against all obstacles,” he said. His words gained significance in the light of Andhra Pradesh Chief Minister YS Jagan Mohan Reddy’s letter to Chief Justice SA Bobde earlier in October 2020 alleging that Justice Ramana had been influencing the sittings of the High Court of Andhra Pradesh and acting in the interests of its opposition, the Telugu Desam Party (TDP), to destabilise his government. On March 24th, the Supreme Court dismissed the complaints after an in-house procedure.

The same day, Bobde, who retires on April 23rd, recommended Justice Ramana, the seniormost judge after him, to be his successor. Those who have known Justice Nuthalapati Venkata Ramana, set to take oath as the 48th Chief Justice of India on April 24th, describe him as gentle and compassionate. A first-generation lawyer, his has been a self-made journey from Ponnavaram village in Krishna district of Andhra Pradesh, where he was born to an agrarian family in 1957, to the Supreme Court of India. He started as a journalist at a Telugu daily where he worked for two years before enrolling as an advocate in 1983.

Since then, he has practised in the High Court of Andhra Pradesh, Central and Andhra Pradesh Administrative Tribunals, and the Supreme Court in civil, criminal, constitutional, labour, service and election matters, according to the National Legal Services Authority (NALSA) website. In September 2013, he was elevated as Chief Justice of the High Court of Delhi. In about six months, he was moved as a judge to the Supreme Court and has been on benches that have passed landmark judgments. He was part of a five-judge Constitution Bench which held that the office of the Chief Justice of India is a public authority and falls within the ambit of the Right to Information (RTI) Act. He was also part of a three-judge bench which in January 2020 directed the Jammu & Kashmir administration to review all orders imposing curbs on telecom and internet services, ruling those were a fundamental right. He had ruled in favour of conducting a floor test in the Maharashtra Legislative Assembly during the 2019 crisis when the Shiv Sena, BJP, the Nationalist Congress Party and others were trying to garner the required numbers to form a government.

In January, a bench comprising Justices Ramana, S Abdul Nazeer and Surya Kant observed that the work of women, as homemakers, was worth financial compensation and recommended fixing of a notional income for them. In 2018, a bench led by Justice Ramana slammed the Centre for refusing to extend permanent commission to serving women officers in the Indian Army. “Why are you harassing these women officers? This is discrimination,” the court told the lawyer appearing for the Ministry of Defence. Two years later, the Supreme Court ordered that the permanent commission would apply to all women officers in the Indian Army in service, irrespective of their years of service.

A proponent of legal services reaching the last man, Justice Ramana has expressed concern that oppressed sections still lack access to the justice system in India. “When people cannot reach us, we should reach them,” he has said.

As the executive chairman of NALSA, he launched a campaign to create awareness among women about their legal rights. “He likes to take everyone along. In court, he is firm, decisive and a no-nonsense man. He values the time of the court. I am looking forward to engaging with him. A lot needs to be done in these difficult times of Covid-19,” says senior advocate Vikas Singh, president of the Supreme Court Bar Association. Justice Ramana, 63, will have a tenure as Chief Justice of India till August 26th, 2022.