It’s Glorious to be Rich 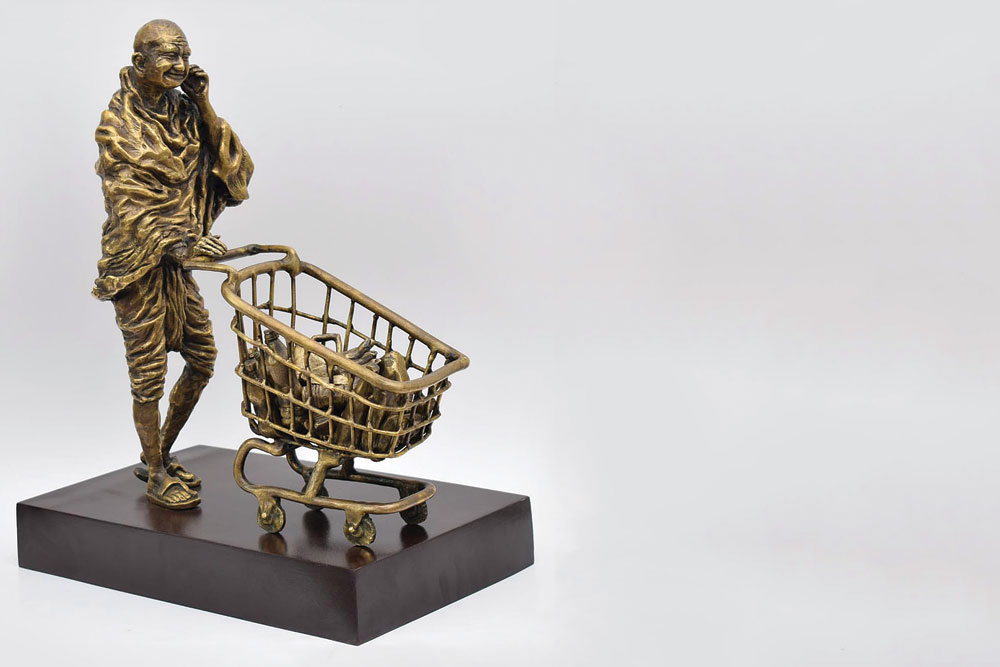 
Mohandas Karamchand Gandhi epitomised poverty: he travelled simply, lived simply, was simply attired and yet the irony of the statement that Sarojini Naidu made about him when she said, ‘it takes a lot to keep Gandhi poor’, will never be lost on those of us who are both admirers of Gandhi and students of Indian history.

We in India never had a problem with wealth until we became a poor nation.

In fact, poverty existed all along but never were battles fought and social stigmas distributed freely owing to someone being wealthy. On the contrary, we celebrated wealth; we celebrated the riches of people. We even measured success primarily on the basis of wealth: success was always measured in a man (or woman’s) wealth. Be it the Mughal period or for that matter colonial rule, we continued to marvel at the wealth of the few.

Zamindars and their ilk were the ones who were respected and feared. Titles given by the British to those they needed or received help from, were always welcome.

But as we drew closer to Partition, something changed. For the worse. We became suspicious of wealthy people only because we doubted their integrity in becoming so. And this was further aggravated by the starkness of inequality that a socialist-minded political class unleashed as it began to take on the reins of power in India. Success needed to be egalitarian as well. It needed to be shunned if mired in the absolute concept of wealth, which in itself was a paradox of sorts. Gandhi did wonders for India’s freedom but destroyed the entrepreneurial zeal for many decades and even the staunchest Gandhian must admit to this hangover of the preachings of the Mahatma.

Politics continued to feast on the disadvantaged but in a manner that was searingly despicable. Who can ever forget Lalu Prasad, the then Chief Minister of Bihar, admonishing those who wanted roads to their villages: his response was, the rich folks will come in and buy your land. Where the Mahatma believed that India lived in her villages, Indira Gandhi revelled in what she believed was a great socio-economic paradigm shift by instituting the Land Ceiling Act while also nationalising banks and insurance companies: most of these banks were profit-making then, and today, we all know what their plight is. Today, India’s pitiable track record in agriculture is a result of the Land Ceiling Act, which diminished land-holding, thereby causing systemic flaws in agricultural productivity.

It is true that some elements of Nehruvian thought with regard to the economy were valid: we needed bellwether industries to be established but they were meant to be run without political interference. That never happened. These PSUs became milch cows for politicians and bureaucrats: sinecures to these companies were handed out to the most ill-deserving people. Remember at one time, HMT watches had a wait-list: today, the company doesn’t exist. See what successive governments did to Air India?

Hence if you see where we began, in 1947, like Virginia Slims, we’ve come a long way, baby. But is it enough? Is it wise for the Rahul Gandhis and Narendra Modis to constantly berate the wealth creators of this country? Is it wise for the bureaucrat to see every potential wealth creator as a target of persecution: true, there are some rotten eggs, but then again, you can’t throw the baby out with the bathwater.

We cannot have a society that is equal in every sense of the word. Not only is this a Utopian concept, it’s equally silly. What we need to eliminate is not poverty since that will never happen. We need to create an ecosystem which is not starved of opportunities and opportunity-creation. True impoverishment is: the denial of basic health, the denial of basic education and the denial of basic skilling. But then again, here is where you need collaboration: between those who have the wealth and the government, which can implement social change on a large scale. For these two to be at opposite ends of the belief spectrum is what is worrying.

Poverty is never the elixir for anything. It is an unsettling state of being, both for the citizen and the state. And those who rule us in India need to understand that. Their elections are not financed by a genie. Neither do they spend bitcoins on forming (and breaking) governments. So what is good for the elections may well be good for the economy too. Wealth per se is not bad. It has many uses for the greater good. At the simplest, it serves as inspiration and at its most complex, it serves as an accelerator both for society as well as the individual. It needs to be supported by governments: they cannot be plain hypocrites by touting more investor summits than functioning traffic lights and also berating wealth creation in the same breath.

In the times we live in, buffeted by unfriendly headwinds of the global economy, it is even more critical that India begin to celebrate wealth because at the heart of wealth is the desire to consume—and ask any economist as to what ails India today and the reply will be consumption: we need to address the demand side which can never happen if there is enduring suspicion or castigation of wealth.

The wealthy must never be made to feel guilty as long as they are law-abiding and pay their taxes. To expect a population to feel forever guilty because of the less privileged, is illogical and self-destructive.

In the last few years, we’ve seen young men and women embrace new frontiers in the digital world: from mere startups, they’ve morphed into unicorns, creating wealth for themselves and their colleagues. This is the India we need to emulate; not an India which is riddled with envy and distrust. Not an India which shoots the messenger (wealth) rather than the message (denial of equal opportunity): this will then help lift people from poverty and we will once again become the nation that every Diwali ushers in—by invoking Lakshmi and never wanting her to leave.