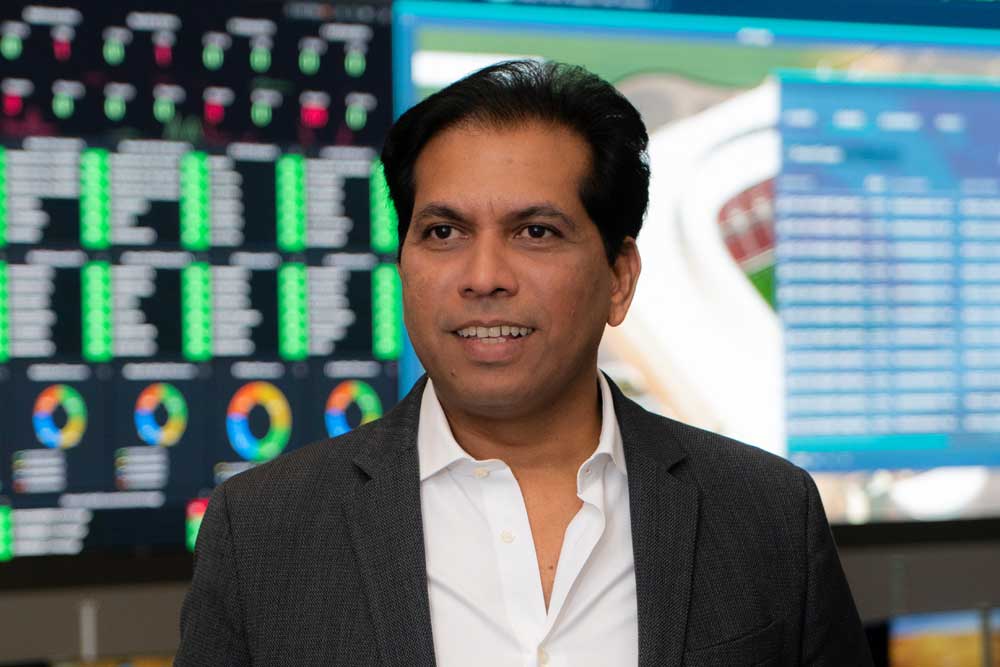 
Kerala-born top executive who headed the IT operations for the 2022 Qatar FIFA World Cup says that the football tournament went off without a hitch thanks to the AI-driven systems and homegrown tech innovations that helped forecast any potential glitch in stadiums much in advance.

Niyas Abdulrahiman, executive director (ICT), Supreme Committee for Delivery and Legacy, the Qatar government-run entity responsible for delivering all infrastruc­ture required for the FIFA World Cup in Qatar, tells Open with a sense of pride as well as relief, “Technological innovation applied in stadium operations played a crucial role in the success of the Qatar World Cup. Qatari home-grown innovative concepts came together with multicultural global expertise and partnerships to deliver one of the most high-tech extravaganzas the world has ever seen,” says the 50-year-old alumnus of Sainik School in Kerala and the Royal Melbourne Institute of Technology, Australia, who is also the chief technol­ogy officer of Qatar’s Aspire Zone Foundation, a sports training organisation that is a big name in the global sporting industry.

He has time and again brushed aside suggestions that the stadiums built for the World Cup will go under-utilised or empty after the tournament, saying that Qatar’s aim had never been only to build sport facilities and academies but also to leave a sport­ing legacy that attracts and trains sportsmen and women from all over the world. Abdulrahiman also spearheads INTALEQ, the sport and entertainment technology commercial venture of Aspire Zone. It is meant to help other countries replicate the Qatari experience in organising sport events. He had said earlier that his targets include India, which has tremendous IT prowess.

For the recently concluded World Cup, his team had put in place 20,000 cameras inside these stadiums and connected it to a command-and-control room. Using AI, those at the control room could predict crowding 30 minutes or so in advance inside the stadiums. Of the total 200 people employed in his team, 150 were of Indian-origin, and several others from the subcontinent and from Qatar itself.

Abdulrahiman goes on to add that despite negative coverage in a section of the media, the World Cup in Qatar has been a true global mega event in every sense. “The expat workforce and volunteers from around the world worked hard shoulder-to-shoulder with Qatari nationals and hosted one of the greatest sporting events the world has ever seen. This event will go down in history as one of the greatest coming together of cultures united by football.” Native Qataris – who comprise three ethnic groups of Bedouin Arabs, Hadar, and Afro-Arab – account for only 11.6% of the country’s population. The rest are expats from all over the world.