‘I have lived through a civil war, but I have never been this worried about the future,’ says T Shanaathanan 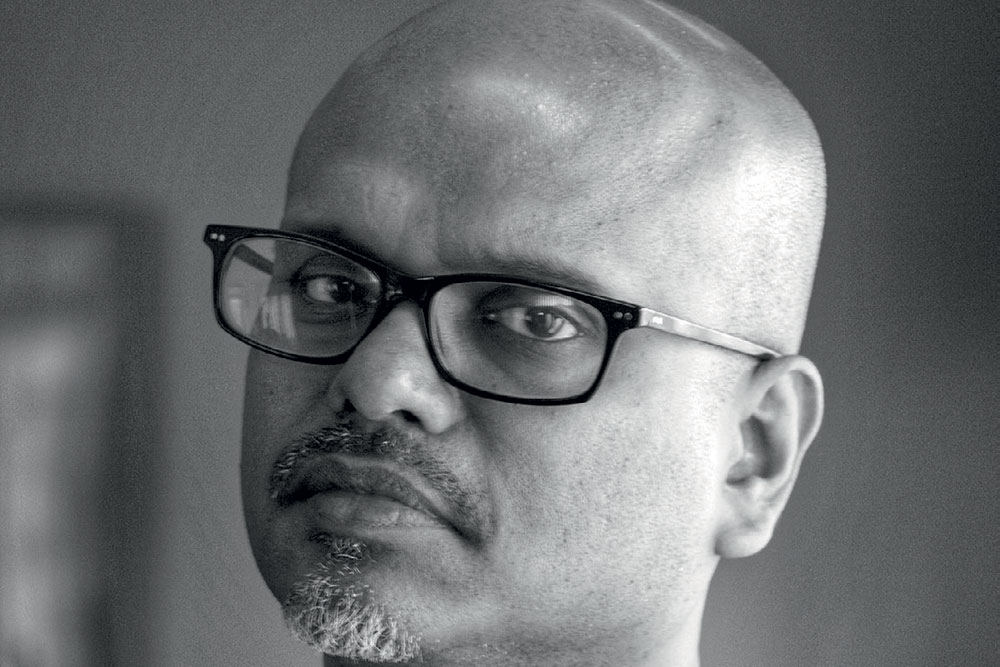 
T Shanaathanan, who runs a history project of collecting objects and memories linked to the 1983-2009 civil war, says that the economic meltdown in Sri Lanka has been in the making for long and is the result of flawed policies. The Jaffna-based artist and educator tells Ullekh NP that the worst part of the current hardship is the lack of hope

How has the economic meltdown affected the common man in Sri Lanka?

We have had this feeling for long that things were not all right. The current crisis did not happen out of the blue. It has been in the making for a long time. What is an economic problem or a meltdown? It has got to do with our policies and how they affect us.

Look at our policies in the education sector, which I am associated with and have knowledge of. People are given free education until a certain level—say graduation—and then they are expected to join the government. That is the way the government has drafted its education policy. We don’t have an education policy that inspires young people to be independent, to be innovative and helps the economy grow. Our economy runs on loans and more loans. That is why we do not have people making the dollars that we need even for essential purchases. That is why we have to constantly depend on imports.

Look at agriculture. We were encouraged to make home gardens, but a new policy to get food products from outside defeats the purpose and can derail the viability of such collectives in contributing to and earning from the system. Again, we cannot implement policies encouraging merely organic produce. That upsets the food availability here and we, as a country, cannot absorb that shock. All these measures cannot be done in a hurry in a country like ours. It hurts the poorest the most because of obvious reasons: the low-income households have to struggle every day to put food on their plate. Now, we are seeing people hoarding food and other essentials because they are uncertain about their availability in the near future and are in a state of panic. The problem at hand is an outcome of errors of the past.

How stark is the lack of availability of essential goods and food?

The availability of things varies. You may have certain things available today and unavailable tomorrow. As I said, all this is not sudden. It is thanks to a raft of our policies to fall back merely on external borrowings. Now, people are worried about what lies in store. Everything appears bleak to them.

Hasn’t the government been steadily promoting entrepreneurship since 2009?

If you are looking for schemes or programmes that promote entrepreneurship, there is no dearth of them here. But who are the beneficiaries? Are the common folk benefiting from it? Have the poor gained anything from the government’s policies? If you look at our roads and bridges built with loans, you will not think this is a country where there is scarcity of food or that the minorities are suffering under this rule. Everything looks pleasant on the surface, but the day-to-day lives of the common man have not changed much.

I was speaking to the people in the veterinary service. They were telling me that the poor households are given cattle that are brought into the country for some experimental purposes and whose productivity is low. This means whoever gets it will find keeping a cow a tough proposition and sell it to somebody else and that somebody else will sell it to another person. What is the benefit of such schemes? That is the state of most of our programmes targeting the poor.


“We don’t have an education policy that inspires young people to be independent, to be innovative and helps the economy grow. Our economy runs on loans and more loans. That is why we do not have people making the dollars we need,” says T Shanaathanan

What exactly has happened since the end of the war under successive governments?

When Ranil Wickremesinghe was in power (in the period since the war ended in 2009), there was freedom for people to speak up and criticise the government and its policies. So, young Tamils and minorities who grew up in a different milieu than mine and my contemporaries openly criticised the government. I would still hold back because of the memory of the past we grew up in, when we were totally cut off in the northeast for many years from the rest of the world and suffered humiliation and repression.

But then things changed. What mostly happened in the period after the war was triumphalism of the family (of the Rajapaksas) in power that was more interested in creating a majoritarian Buddhist state. After all, they won the war and so they were extremely confident that they could do anything. For those who lost the war, there was no time even to mourn the death of their near and dear ones in the conflict.

Even now, if you are not careful, somebody will take away your land in the name of building Buddhist viharas or architectural monuments or one thing or the other to celebrate the country’s Buddhist past. Such land grabs by the department of archaeology, the forest department and the Mahaweli Development Project are rampant in the northeast, other Tamil-speaking areas and places where minority Muslims live. Now, thanks to the meltdown, there is some let-up in these majoritarian designs of the government in power.

How different is the current hardship from that of the years when LTTE was in control of the northeast?

At that time, we had hope. We were given an impression by the LTTE (Liberation Tigers of Tamil Eelam) that we will get autonomy as a region and that we would be free. As I said, since we were cut off from the rest of the world for many years, we didn’t have to compete with and tackle the problems of living in tandem with the rest of the world. Now, the country doesn’t have much hope because of this crisis.

If you ask me, things were really tough before the end of the war because of power cuts and other measures taken by successive Sinhalese governments. But I was not this worried about the future. Now I am worried for the future of the next generations. The whole country is in a state of anxiety.
Back then we lived in two worlds, and we had to just drive to Colombo from Jaffna to enjoy the luxuries of life, but none of that is now possible. The rich are slightly more comfortable than the others, but worries are high for most people because of the current situation. At the moment, there are all kinds of speculation and people are queuing up outside fuel stations and department stores. There are fears of life-saving medicines drying up because of the crisis. Sri Lankans travelling abroad or now overseas face a huge problem because of a cap on ATM withdrawals. It is abysmally low. This means having money in your bank account is not going to help you beyond a point. That is awfully tragic.