The pay-per-view plus theatrical release model adopted by Radhe: Your Most Wanted Bhai is looking like the new silver bullet 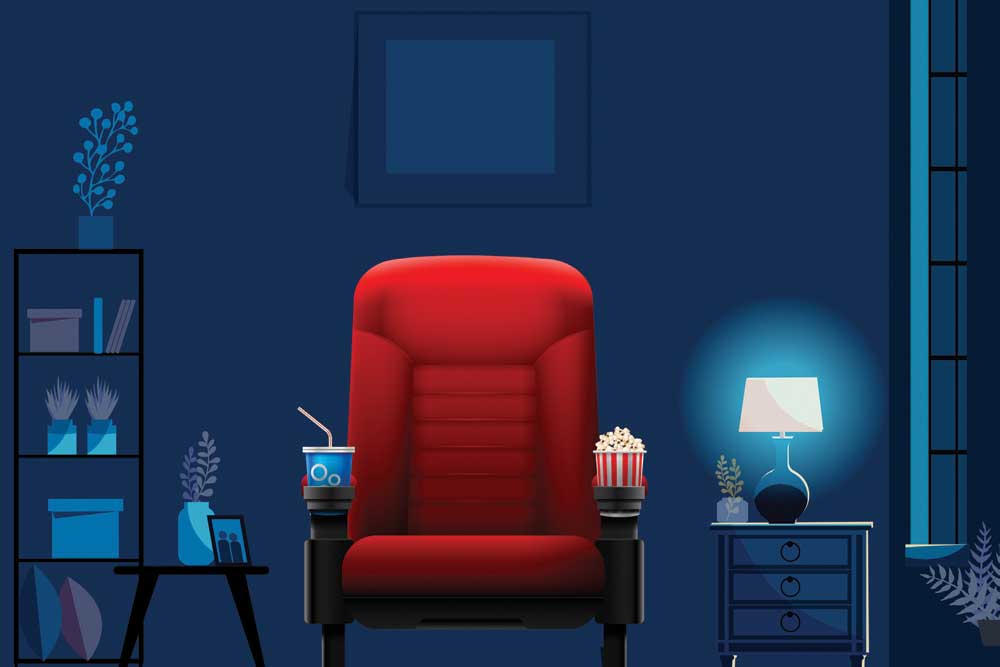 
LIKE MOST INDUSTRIES in India, Bollywood too has been a victim of socialism, of artificial shortages driving up prices. Consider this: the US has 44,111 screens for a population of 332 million, China has 69,787 screens for a population of 1.44 billion. For a film-obsessed nation of 1.39 billion, India has just about 9,600 screens. It’s one of the most underserved nations in the world, which makes its much-vaunted soft power look puny. The total revenue of its industry is less than the box-office revenue of the biggest Hollywood blockbuster. Thanks to a faulty distribution model, Bollywood has been underperforming financially.

Little wonder that the pay-per-view plus theatrical release model adopted by Radhe: Your Most Wanted Bhai (2021) is looking like the new silver bullet. For many reasons. For Rs 250, which in effect is the average price of a multiplex ticket, the family at home gets to watch the premiere, without paying exorbitant amounts for popcorn and Pepsi. There is no additional parking fee, no health risk and no heartburn if the film doesn’t quite satisfy. Producers have an assured fee, paid by the platform upfront. Areas within the country and outside that do not have theatres can access new movies first day, first show. With the theatrical system, the most screens that a Hindi film releases on domestically, have not crossed 5,000 so far—a record held by the disastrous Thugs of Hindostan (2018).

So, you think everybody would be queueing up to follow in Radhe’s footsteps and find their own release platforms? Not quite. Big stars are still holding on to their films hoping that when theatres open, the long drought will ensure that moviegoers will return with a vengeance. They point to movies like Roohi (2021), which were released during the short gap when theatres were open, making Rs 18 crore in its first 10 days at the box office.

Reliance Entertainment CEO Shibasish Sarkar says he is not a great believer in the pay-per-view model. Worldwide, we have not seen a robust mechanism to recover a substantial investment only through pay-per-view. “In North America, at least there is an established window for TVoD (Transactional Video on Demand). We need to see how it pans out over a period of time. For our own films, Sooryavanshi and 83, we are waiting for things to normalise,” he says. Theatres are naturally in agreement because it is in their best interests to have people make their way from the couches at home to the seats in cinemas.

Stardom has always been measured by box-office revenue, no matter the industry. The salary a star gets is directly proportional to the revenue he or she can collect at the box office. That determines endorsements, public speaking deals, even a seat at the philanthropy table. In India, stardom was initially measured by the number of weeks the movie ran at the box office. Rajendra Kumar was called Jubilee Kumar because of his box-office record. Then came Amitabh Bachchan who delivered at least one golden jubilee hit (wherein a movie ran for 50 weeks in at least one theatre) a year between 1973 and 1984. Some of his movies like Deewar (1975) and Trishul (1978) ran for 100 weeks.

Hum Aapke Hain Koun..! in 1994, starring Madhuri Dixit and Salman Khan, changed the equation, with director Sooraj Barjatya releasing the film in a few theatres with a mere 26 prints and promising to expand it to others only if they upgraded their systems to welcome families back after the VCR revolution nearly killed the business. The number of theatres grew over time and the film grew by word of mouth.

Yet, these figures hide more than they reveal. Baahubali 2 (2017) crossed Rs 1,000 crore at the domestic box office alone in its Hindi, Tamil and Telugu versions showing the possibility of maximising revenue even with the existing limited theatre capacity. A digital release unlocks this potential and ensures a movie can reach a wider audience. Under pressure from the trade and Salman Khan, Zee released the first figures for Radhe: Your Most Wanted Bhai. It was 4.2 million viewers, which experts expect will go up to a lifetime of 15 million viewers (the equivalent of Rs 375 crore in box-office revenue). For Zee, which spent Rs 200 crore on the property, it is a risk that will pay off in the long run.

But not every film will command this kind of price. What is likely to emerge is a hybrid model where consumers are given the choice to either watch the movie in a theatre or stay at home. Think of it as the happy co-existence of malls and online shopping apps, with people visiting stores to touch and feel and then retreating online to get the best bargains. Some consumers will stay with the physical experience of shopping and others will move online, as the world has seen during extended periods of lockdown. Theatres will have to change their pricing to compete or offer bespoke experiences which make going to the cinemas worth the while.

Exhibitors are not the only ones who need to change their mindsets. Big stars need to as well. In a most telling scene in Radhe, the wide-eyed heroine thinks Salman Khan is an aspiring model and takes him to a friend for a photoshoot. The hierarchy is clearly laid out there: if Radhe cannot get a break in big-screen movies, there’s always OTT, and if not that, well, there’s Bigg Boss.

Box-office analyst Karan Taurani is a theatre purist. He believes pay-per-view is not here to stay because of the higher content cost and the risk of piracy. But content prices are being rationalised and piracy is a problem across the board.

But Bollywood’s big stars are not likely to embrace the hybrid model with open arms. Even Salman had agreed to pay-per-view only because it was accompanied by a theatrical release. He had received many petitions from single-screen associations that were relying on Radhe to revive their fortunes. But no one in the industry—as in any part of the country—anticipated the second wave. Now, the accidental model might well become the norm even when theatres reopen. Not only will it give consumers a choice, but it will also expand Bollywood’s star power. With a hybrid model, box-office revenue of Rs 1,000 crore for one film may well be possible. And Salman Khan Inc may well transform itself from a small enterprise into a substantial corporate entity.


BollywoodbusinesscinemamoviesOTTRadhe: Your Most Wanted Bhai