Even now, the legend is alert to change in music and taste and performs propped up by a piano 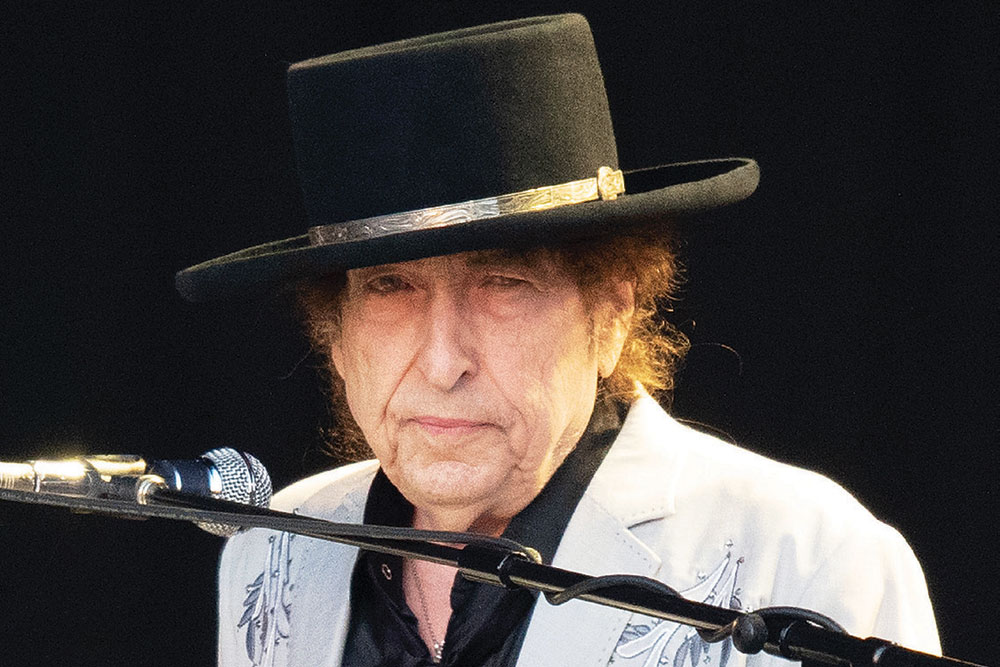 
AT THE END of Inside Llewyn Davis, a charming 2013 Coen brothers’ film that looks at the folk music scene in Greenwich Village in 1961, the protagonist, a talented folk musician looks up on to the stage of the fabled Gaslight Café to see a newcomer filling his spot. This musician is Bob Dylan at the start of what will go on to become the most celebrated career in music history. While, on the evidence of what transpires immediately after in the film—Davis getting beaten up in a dark alley as Dylan’s song plays on—we know Davis won’t get far ahead.

It’s the type of ending that invites the audience to speculate on what separates these two musicians. Why will Dylan go on to become Bob Dylan, while this fictional Davis (whose character incidentally was built on source material from Dave Van Ronk’s memoirs, the musician from whom an early Dylan stole a lot of his musical arrangements) presumably flame out?

It is a good time to consider this question. Dylan has just turned 80. He has over 600 songs under his belt, many of whose literary quality has been so good as to have earned him the highest prizes in literature, including the Nobel and a Pulitzer. His songs have been anthems. They have been sung by protestors, quoted by leaders, taken apart by academics searching for hidden meanings, and recited by lovers in private moments.

According to a New York Times article, what separates Dylan from a fictional Davis is his humour. Even in his most serious avatar, Dylan will always have a funny side. Davis, by comparison, is sombre and miserable.

There is also another explanation. Someone like Davis is trapped in his own music. He is a traditionalist. Dylan is not. He was always going to be so much more than just a folk musician. He was going to be fully immersed in its music tradition, play it to its full potential, but when the time came, he wasn’t going to be held back by it.

The difference in outlook comes out in the way they describe folk music. In one scene, at the start of a set, Davis says, “If it was never new, and it never gets old, then it’s a folk song”. In comparison, when asked how he would define folk music in a 1965 press conference, Dylan said, “As a constitutional replay of mass production.” The first is an earnest and witty answer that will earn a few smiles in a bar. The other is playing a persona, someone in for the long game.

Dylan was ready for greatness. Many of his early associates have remarked how he arrived on the scene fully formed with a guitar and harmonica and a backstory. These invented stories included being raised an orphan in Oklahoma, who ran away to a carnival in New York. The reality: he was Robert Allen Zimmerman, a Jewish kid from Minnesota whose father ran a furniture store. Clinton Heylin’s latest biography on Dylan (The Double Life of Bob Dylan) mentions how the first time the singer was mentioned in a newspaper (New York Mirror), it had begun with a lie. The young Dylan had got the MC of the event to introduce him as Bob Dylan of Gallup, New Mexico. He even spun a yarn about living as a male prostitute when he first arrived in New York, a story Heylin claims he lifted from the poet Arthur Rimbaud’s early life in Paris.

It wasn’t just the persona. He was alert to change in music and taste, and he showed little hesitation in moving from folk to rock to country to gospel and everything in between. According to one story, when he first heard the Beatles on a car radio in 1964, he nearly jumped out of the window.

Despite being one of the biggest names on the music scene then, Dylan decided to incorporate electronic music, churning out three electronic albums in the span of a year, even though this would earn him the tag of a sellout. As Ronk says in his memoir The Mayor of MacDougal Street, quoted by The New Yorker on the time when Dylan was dissed for going electric, “[N]one of us was a true ‘folk’ artist. We were professional performers…The purists are out in the audience kibitzing, not onstage trying to make a living.”

Age no doubt wears upon everyone. It impairs not just creativity, but also encumbers physically. But Dylan at 80 is still carrying on. He can’t hold a guitar any more. So he performs propped up by a piano. His voice, which has always had its detractors, is more of a croak now. So he hardly sings, using his voice more like an instrument with its own unique sound.