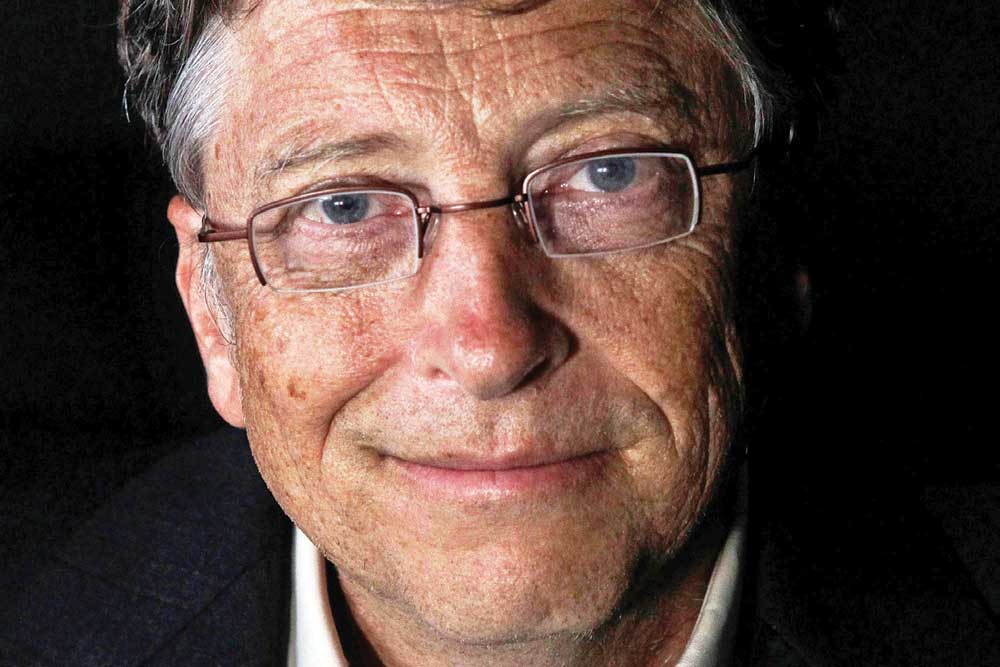 
THE FOURTH RICHEST man in the world, who has been in the public eye since he started Microsoft at the age of 20, has been under siege due to bad news ever since the revelation that he and his wife were ending their marriage.

There was earlier the shadow cast by his meeting with Jeffrey Epstein, a man convicted for providing rich men with underage women. He had seemed to weather that storm, but now there are accounts of him wooing female employees of Microsoft. A New York Times article gave one instance of it: ‘Long after they married in 1994, Mr. Gates would on occasion pursue women in the office. In 2006, for example, he attended a presentation by a female Microsoft employee. Mr. Gates, who at the time was the company’s chairman, left the meeting and immediately emailed the woman to ask her out to dinner, according to two people familiar with the exchange.’ Wall Street Journal said that he had left the Microsoft board because of an inappropriate relationship with an employee. The company had hired a law firm to investigate it. The article said: ‘During the probe, some board members decided it was no longer suitable for Mr. Gates to sit as a director at the software company he started and led for decades, the people said. Mr. Gates resigned before the board’s investigation was completed and before the full board could make a formal decision on the matter, another person familiar with the matter said.’

The moral sheen of one of the most generous men on earth, who has spent much of the last two decades looking for solutions to problems varying from climate change to global diseases, has taken a beating. The nobility of his post business life, through the untold lives saved by the Bill & Melinda Gates Foundation, papered over many of the personality quirks earlier associated with him. Gates has never been described as a man of highly developed social skills, something his mother tried early on to correct. He was known to be harsh with colleagues and an often exacting boss. He was accused by long-time frenemy Steve Jobs of ripping off the Macintosh when the former released the first version of Microsoft in 1985.

But here also was someone who wrote his first software programme at the age of 13, started hisfirst venture at 17 and went on to build what would be the most successful company in the world for a long time. If Warren Buffett, his friend, is known as the Oracle of Omaha, then Gates may well be described as the Soothsayer of Seattle. In 2015, he predicted that the world was not prepared for the next pandemic. His entrepreneurial career beyond Microsoft indicates his visionary nature—his investments are all about the future, whether it is Ecolab, global provider of water, health and energy technologies, or ResearchGate, a social networking site for scientists. Add to that his decision on giving away 99.96 per cent of his wealth so that his children have $10 million apiece. No one doubts that Gates is someone who thinks deeply about bettering the world, whether it is the war on poor hygiene or a global vaccine for Covid-19.

A divorce, especially what is now called a grey divorce, is not unusual. But it is not as amicable as Gates first seemed to suggest in the public note informing about the development. The New York Times article reported about tensions between him and his wife going back to 2018 over a sexual harassment claim against his money manager who continues to remain employed by him. The revelations about his meetings with Epstein were said to be the tipping point. They wrote: ‘So, in October 2019, when the relationship between Mr. Gates and Mr. Epstein burst into public view, Ms. French Gates was unhappy. She hired divorce lawyers, setting in motion a process that culminated this month with the announcement that their marriage was ending.’ And as more details emerge from what is likely to be an acrimonious parting, the halo clearly has a dent now.