He provided the archaeological legitimacy for a Ram temple in Ayodhya 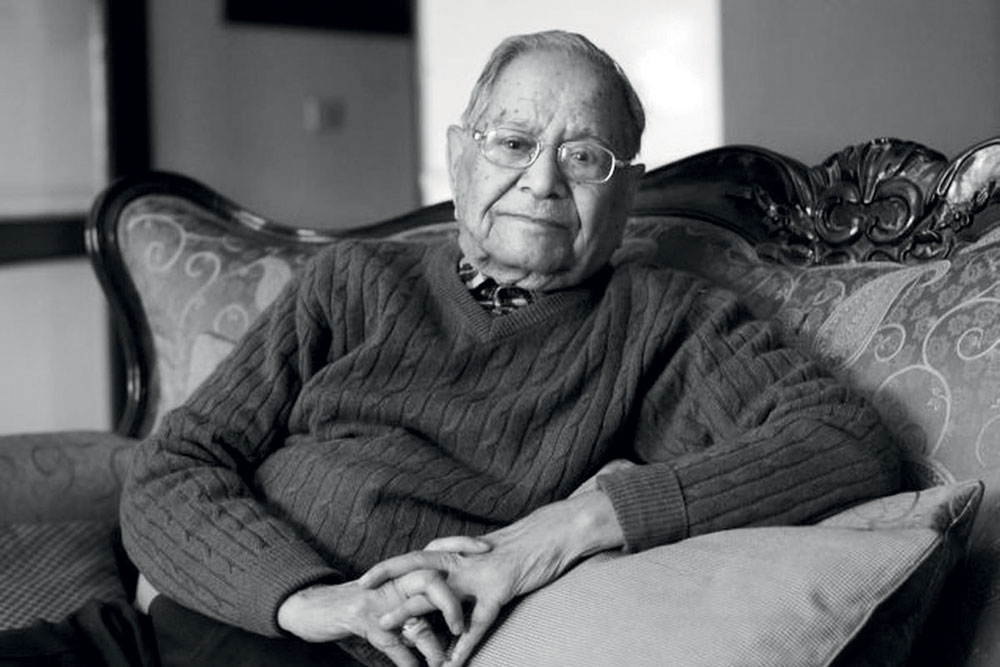 
BB LAL LIVED FOR 101 years and more than three-fourths of this long life was spent in the service of archaeology and history. But it wouldn’t be until the 1990s that his legacy was the greatest. It wasn’t hap­penstance. For him to be a factor in the political narrative around the Ram temple-Babri Masjid issue, all the reputation that he had due to his work in the preceding years mattered. Because he was a man who could not be dismissed when he said that pillars in the Babri Masjid showed evidence of a temple underneath. This was at the beginning of the 1990s and it was a dif­ferent India then, one in which Hindutva as represented by the Bharatiya Janata Party was gaining momentum but, at the same time, was reviled by the intelligentsia. Lal’s claim about the pillars came on the basis of his own excavations conducted in the past.

As with many of his projects, Ayodhya had been part of a larger exploration of Indian prehistory. He began as a pupil of the legendary archaeologist Mortimer Wheeler in 1942, and after India’s Independence, became part of a group that would shape the field indigenously. In a review of Lal’s book, The Saraswati Flows On, VN Misra, former director of the Deccan College, wrote: “He was trained in excavation by the veteran archaeologist, R. E. M. [later Sir] Wheeler at Taxila, Harappa and other famous sites in the forties of the last century. Out of his many pupils Wheeler chose Lal to entrust the excavation of the Early Historic site of Sisupalgarh in Orissa before relinquishing the charge of the Director‑General of Archaeology in India in 1947. Immediately after successfully completing and publishing this excavation, Lal took up the highly challenging project of investigating the archaeology of the Mahabharata sites during 1950‑52. He discovered many Painted Grey Ware (PGW) sites in the Indo‑Gangetic Divide and upper Yamuna‑Ganga doab, and excavated Hastinapura, the capital city of the Kurus.” Lal later turned his attention towards the Ramayana. In 1975, he headed a team in an Archaeological Survey of India (ASI) excavation project called ‘Archaeology of Ramayana Sites’. Among the sites they studied was also the Babri Masjid. The charge that Lal would later face was that he had not spoken about the temple pillar at the time. As the Ram temple movement gathered steam, detractors began to attribute political agendas to him. Lal maintained he was governed by facts.

It wasn’t only in the Ram temple that Lal went against the dominant consensus of academia. When he first started out in archaeology, Wheeler had been a proponent of the Aryan Invasion Theory in which Aryans invaded and uprooted the Indus Valley Civilisation, taking over the subcontinent. Lal became a strong adherent to it. The theory then made way to suggest that it wasn’t an invasion but a gradual migration. But Lal came to believe that it was the other way round; that the Vedic people began from India forming one continuum with the Indus Valley Civilisation. They took the culture to the rest of the world, instead of the reverse. It was called the Out of India theory. In his tribute in Firstpost after Lal’s death, Michel Danino pointed out just how much this put him in disfavour among his peers: “While Prof Lal’s papers on excavations were often cited, his work on the Aryan issue has not attracted much discussion. To take just one example, Asko Parpola’s well-known Deciphering the Indus Script (1994) listed in its bibliography no less than twenty-three papers by Prof Lal; two decades later, in a new, more ‘popular’ work, the same author did not include a single such reference. Indeed, to my knowledge [I am open to correction], with just two exceptions, both of them collections of papers from various authors, no recent book or paper emerging from Western academia has offered a discussion of Prof Lal’s argumentation.” Academia might have chosen to ignore him, but his stature in India’s political culture became larger with Hindutva’s ascendance to power. When the Supreme Court ordered the construction of the Ram temple, few could deny Lal’s contribution to that culmination.