The new CDS will have to deliver on military reforms 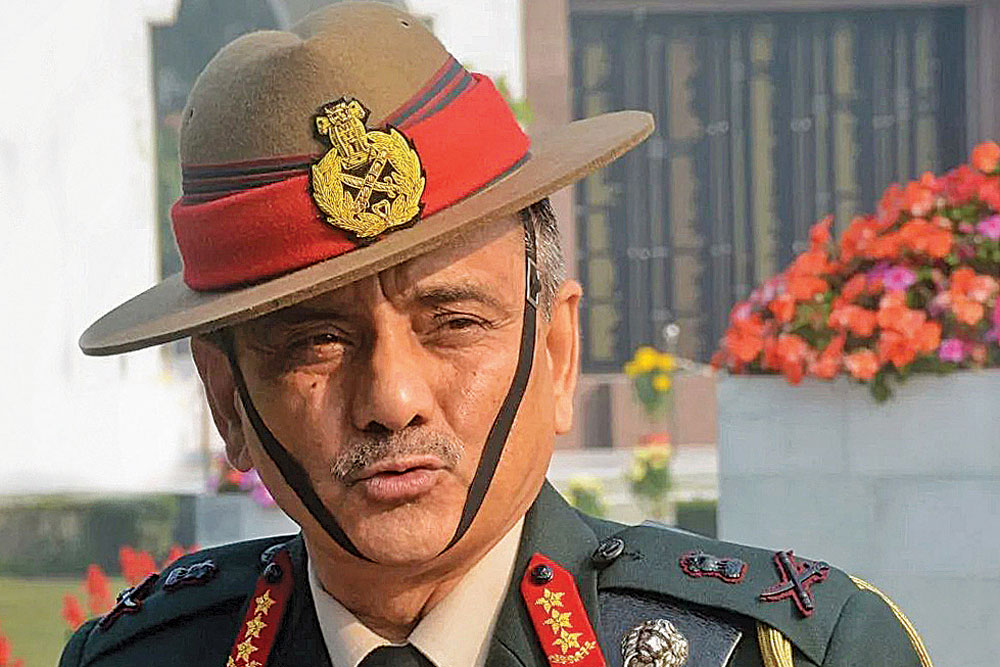 
THE APPOINTMENT OF Lt General Anil Chauhan (Retd) as India’s second chief of defence staff (CDS), almost 10 months after the death of General Bipin Rawat in a chopper crash, was keenly awaited. Chauhan was in consideration soon after the selection pool for CDS was enlarged to make serving and retired lieutenant generals under the age of 62 eligible for the job. Thereafter, the delay was attributed to various reasons, including a “rank” issue involved in elevating a three-star general. But any such considerations were sorted out as otherwise, the change in rules would have come to naught.

General Chauhan joined the National Security Council secretariat soon after he retired as commander of the Eastern Army and this provided a clear hint that the government had plans for him. The reasons were not far to seek. During service, Chauhan made an impression as a “thinking soldier” who never held fixed views and was prepared to consider fresh evidence on a matter irrespective of whether it clashed with existing orthodoxies. Qualities he shares with National Security Advisor Ajit Doval who has a reputation for a thorough, 360-degree approach to national security.

As director-general of military operations, Chauhan was open to new ideas in the Army’s media management and was sensitive to political-civilian aspects of military operations. When it came to specific operations, he had a cool head, balancing the need for firm action while eschewing avoidable escalation. This approach was vital in handling the defence of the Northeastern border when military tensions with China spiked in May 2020. He was part of a major effort to speed up border infrastructure, firm up Indian positions, and plug gaps, while in his public comments he said there were no fresh intrusions though mutual trust along the Line of Actual Control had all but evaporated.

Chauhan has held a nuanced view on the use of AFSPA (Armed Forces Special Powers Act) in the Northeast, advocating the need for a light tread. The act, which has now been withdrawn from large parts of the region, served a necessary purpose in fighting insurgency under difficult conditions. Having served in Jammu & Kashmir as well as in the Eastern Command, he has hands-on experience of conditions and understands the needs of soldiers deployed on the borders, an important consideration for any leader.

His primary task, where Rawat excelled, is to get the three forces to move on the path to jointness. His predecessor had the drive and a certain flamboyance that helped forge consensus and get people to fall in line. Rawat also enjoyed the trust of Prime Minister Narendra Modi. Chauhan is less outgoing but can be a determined character. With the backing of the political executive, he will drive the mission to set up joint theatre commands, seen as essential to a modern military. In fact, the concept is not recent, with the need for some form of jointness being flagged after every war India has fought since Independence.

An attribute that made Rawat an exception, but which earned him the ire of a section of serving and retired officers, was his ability to acknowledge and act against vested interests in the military. He was keenly aware of civilian aspects of a situation as when the Army agreed to open cantonment roads to the public, addressing a sore point in many cities and townships. Closing these roads, he said, irritated people who saw the preferential access used to supply groceries to residences of Army personnel. This single decision won him widespread goodwill. Chauhan, too, needs to nudge and prod the military to become less stuck on form and challenge the status quo when it comes to making the armed forces future-ready.

In a long career in the Indian Army since his commissioning into the 11 Gorkha Rifles, General Chauhan has earned several accolades. His swift progress to lieutenant general after becoming brigadier reflects the Army’s faith in his abilities. He now has the task of making the CDS and Department of Military Affairs effective instruments to deliver durable reforms.