Abdulrazak Gurnah: Out of Africa 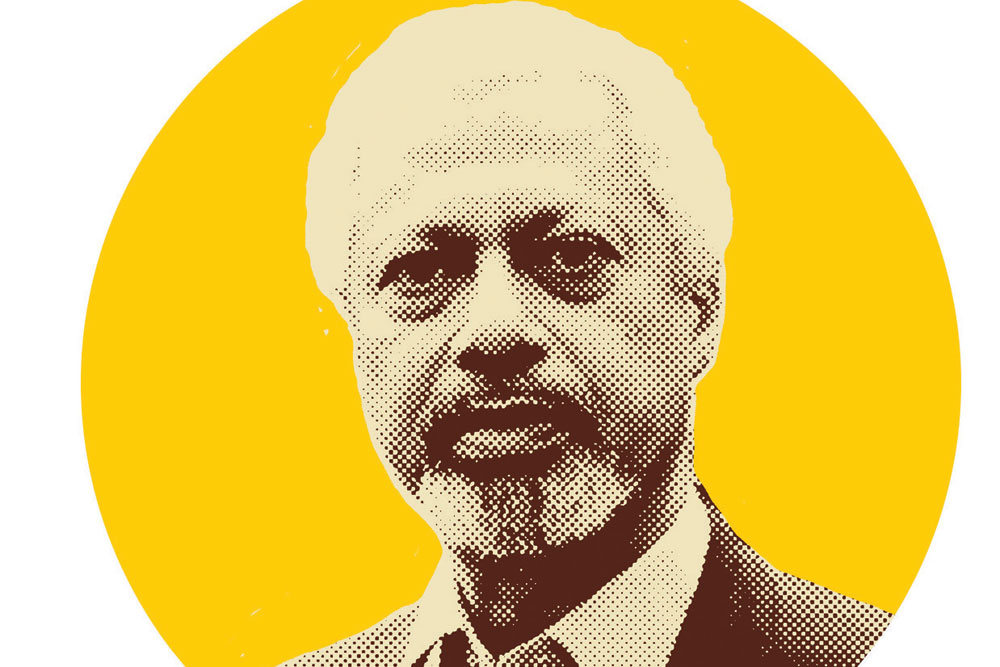 
ABDULRAZAK GURNAH TICKS many of the boxes that the top literature prize might seek to fulfil in 2021. Born in 1948, he could be labelled a Zanzibari writer, an East African writer, an African writer, a British writer. While he defies easy classification, his themes are always displacement, abandonment, identity and home. He is the first Black African writer in 35 years to win after Wole Soyinka’s 1986 glory.

He is originally from Zanzibar and fled his country of origin as an 18-year-old. In the early 1960s, massacres were carried out on people of Arabic origin. Gurnah belonged to the “victimised ethnic group” and on finishing school, fled with his family. Until his recent retirement, he was a professor of English and Postcolonial Literatures at the University of Kent in Canterbury, where he taught writers such as Wole Soyinka, Ngg wa Thiong’o and Salman Rushdie. It is the same university from where he obtained his PhD in 1982. Postcolonialism has been central to both his academia and his literature.

Speaking to a Nobel Prize interviewer soon after the announcement, Gurnah says that when he got the phone call he thought it was a “prank”. He believed he had won only when he actually saw his name on the Nobel website. He will now be repeatedly called upon to give his opinion on the current refugee crisis. His first response on the issue was: “The reason it is so difficult for a lot of people in Europe, for European states, to come to terms with it is a sort of—to cut a long story short—miserliness, as if there isn’t enough to go around. The people who come, come out of need, and also because they have something to give.”
Exile and departure have informed his 10 novels. Swahili is his first language, and English has become the language of his literature. Swahili, Arabic, Hindi, German, the presence of the Quran and Arabian Nights lace his prose. His 1994 novel Paradise was shortlisted for the Booker Prize. The Nobel committee in their citation noted, “In Gurnah, you always find another story marked by the voices and individual fates that do not confirm the colonial account of history.” This line harks back to an African proverb, made famous by Chinua Achebe, the iconic Nigerian writer, who said in a 1994 interview with the Paris Review, “Until the lions have their own historians, the history of the hunt will always glorify the hunter.” Gurnah chronicles the voices and memories of those who risk being erased from the pages of history. As a novelist, he is known for “decentring European history.”

In his most recent novel Afterlives (2020), he looks at how colonialism affects generation after generation. Set in East Africa, from the late 19th to mid-20th century, it recounts the story of three boys. It was a time when the Germans, British, French, Belgians, Portuguese and Italians were all trying to lay claim to Africa. The book in particular details the cruelties of the German forces, even while focusing on the story of a couple Khalifa and Asha, who married in 1907. This was the time when the Maji Maji uprising (an armed rebellion of Islamic and animist Africans against German colonial rule in East Africa) was at its peak. Gurnah writes of this uprising that was crushed by the German forces: “The German command saw that the revolt could not be defeated by military means alone and proceeded to starve the people into submission. In the regions that had risen, they treated everyone as combatants. They burned villages and trampled fields and plundered food stores. African bodies were left hanging on roadside gibbets in a landscape that was scorched and terrorised. In the part of the country where Khalifa and Asha lived, they only knew of these events from hearsay.”

Gurnah talks about historical events from personal points of view, with empathy and insight. His characters seem to know that tragedy lurks around every corner, but this does not petrify them; instead, it strengthens their resolve. The Nobel Prize celebrates his “uncompromising and compassionate penetration of the effects of colonialism and the fate of the refugee in the gulf between cultures and continents.”