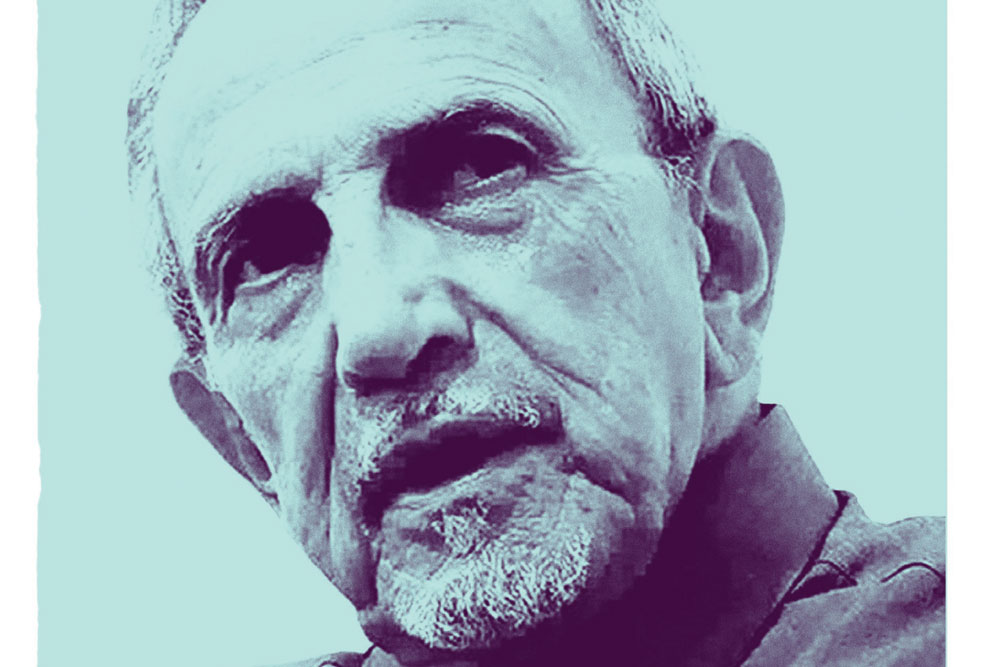 
EBRAHIM ALKAZI COULD lightly wear the title ‘Renaissance Man’. A polymath and builder of institutions, he reigned in the world of theatre and art. His legacy prevails not only through actors such as Om Puri, Naseeruddin Shah and Rohini Hattangadi, but in a more fundamental way in how theatre is taught and practised today. Alkazi truly created a cosmopolitan actor and theatre. His scholars were taught the Greek tradition and Sanskrit drama. His plays were staged in front of Jawaharlal Nehru at Meghdoot Theatre and for 5,000-6,000 workers at Swatantra Bharat Mills. The Padma Vibhushan recipient worked on the proscenium stage, the arena stage and the bylanes of cities. While he is best known as a theatre director, his sketches of Christ remind one of FN Souza’s crucifixions.

Alkazi was born in Pune to a wealthy family in 1925. In a 2012 interview to Rajya Sabha TV, he spoke about his trilingual childhood. At home, his father insisted they train in Arabic, the language of their roots and the ‘language of the Quran Sharif’. He grew up surrounded by Arabic at home, and English and French at school. These three languages opened up “a whole new world, opened up half of mankind” to him. He grew up in a neighbourhood in Pune, surrounded by Parsees, Anglo-Indians and Maharashtrians. He was one of nine siblings and attended a Jesuit school, St Vincent’s High School. He speaks fondly of the Jesuit priests who first introduced him to theatre. During his college years in Bombay at St Xavier’s, he continued with theatre in the Parsee groups and in Bobby Padamsee’s Theatre Group. In 1947, he joined the Royal Academy of Dramatic Art (RADA) in London. In the 2012 interview, Alkazi is asked which of his many achievements he is most proud of. He answers without a moment’s pause, “The National School of Drama.”

His answer is echoed by generations of students and teachers at Delhi’s NSD. Alkazi’s 15-year tenure at NSD (1962 to 1977) as its director didn’t simply mould an institution but sculpted theatre in India and anointed him the ‘Father of Modern Indian Theatre’. He directed over 50 plays, including famous productions of Girish Karnad’s Tughlaq, Dharamvir Bharati’s Andha Yug and numerous Shakespeare and Greek plays.

Theatre director Anuradha Kapur, who taught at NSD for over three decades and served as its director from 2007 to 2013, says in no uncertain terms, “NSD’s amazing history, its honourable history would not have happened without him.” According to Kapur (who still remembers watching his plays as a 12-year-old in Delhi), Alkazi’s greatest contribution is that he elevated theatre from a “hobby” to a “profession”. And he did this by taking trouble over the smallest component, fussing over carpentry joints, for example, and ensuring that his students knew the entire history of garments. He was invested in every aspect, from the paan stain in the toilet (which, according to legend, he scrubbed himself at NSD) to the button of an actor’s coat. Kapur says he was known to even check the library cards of his students to ensure they were reading frequently and widely.

Alkazi’s reputation as a disciplinarian is cemented by anecdotes, where he’d tell tardy students, “If you are not dead, you need to attend the rehearsal.” This was part of his bigger vision to build an ethos of accountability. He took theatre from a pastime to a profession because of the scale and expertise of his productions. No one in India had seen plays like Andha Yug staged at the ruins of Feroz Shah Kotla.

Kapur adds that Alkazi had a “horizontal understanding of art” where he drew from various disciplines and traditions and gave his students and NSD a “cosmopolitan imagination”. Having been associated with the Bombay Progressive Artists’ Group early in his career, the visual arts were essential to his repertoire. Alkazi’s association with artists, such as MF Husain and Tyeb Mehta, informed his art and his theatre.

Alkazi’s own mastery with the paintbrush came to the fore at an October 2019 exhibition of his early canvases titled Opening Lines curated by Ranjit Hoskote. Hoskote celebrates Alkazi for being both the “paterfamilias of Indian theatre” and for his intrinsic playfulness. For him, Alkazi truly embodies “a lively cosmopolitanism that is not only Westernisation, but one that embraces all our traditions and our own cultural selfhood and consciousness”.