He loved the quiet life in Kerala: the settled job, the quaint club with a pool full of frogs, perhaps even the growing paunch. Now, he explains the physics of arranged marriages to Yanks. Besides selling spices, that is 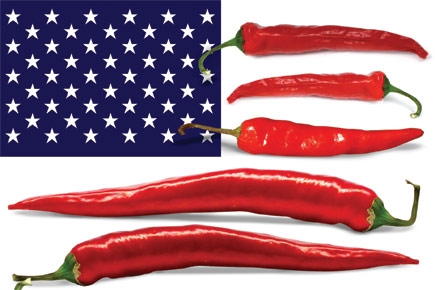 He gave up his government job for the story of a bird. Now, he sells chillies in the US. Call it a flight of fancy, but at least he flies


There was a time I could not fly. That was way back, before I read a small story that changed my life. But first, let’s get chronological. Kerala: we all know Brahma accidentally spilled an extra dose of pristine splendour on the state. Even the teals migrating in winter skip neighbouring states for this menage of lakes, rivers and rice fields that I called home. Here, I studied to be an engineer and immediately after, joined a construction firm that sent me to myriad locales to build petro-chemical factories. After 12 years, my promotion finally arrived, with a transfer to HQ, to the design department. It was a dream assignment: no travelling, no relocations to distant, dismal sites, and my wife could finally have a kitchen garden.

This being a government job, our employment was guaranteed until retirement, unless one beat up the managing director. The pay was modest and allowed a frugal, but content life. Life became cushy, bringing out my midriff. Each day was blissfully predictable: in the morning, I left home at 8:45 am on my Lambretta scooter and punched in without fail at 8:55 am. In the evening, a time bomb was set to explode in our office at 5 pm—that’s how we explained to customers why the building was deserted immediately after five.

Our company had a hospital, a school, even a club with a swimming pool. Since the pool had been taken over by frogs, we only used the bar and restaurant. At the office canteen, a subsidised sumptuous lunch—rice, sambar, masala buttermilk and hot lemon pickles—was served for 25 paisa. Yes, that’s right.

Promotions were strictly on the basis of seniority; the unions saw to that. Theoretically, the oldest, tottering employee would become the big honcho. There was no competition, no need for backstabbing. We had a library with technical books, but it also subscribed to two foreign magazines: Life and National Geographic. Like most others, I, too, would leaf through their glossy pages, drooling over the expensive homes, cars, yachts decked with semi-clad damsels.

When the Middle East construction boom happened, some of our engineers migrated. We were critical. Why abandon a lush, green oasis to move to the arid desert? But most of us began to privately subscribe to The Times of India to scout for foreign assignments. After a year of fervently launching my resumes, I gave up. Sour grapes.

One of our directors, Mr Oommen, had served the company for over three decades. I had once worked under him at a miserable construction site in Maharashtra. Cooped up in a rocky place, the Stockholm syndrome must have kicked in, creating a close bond in spite of the age difference. Later, back at HQ, when Oommen was close to retirement, he would send me funny anecdotes, short stories and such tidbits. I especially remember one, a tad risque coming from him: ‘Working for the same company all your life is like kissing only one partner in a lifetime; it’s kinda nice, but you keep wondering what you are missing.’

Then one day, he sent me a little story about a bird. I read the tale and sat upright, struck by a bolt of lightning. A cluster of dormant neurons somewhere in my cranium abruptly reached critical mass and imploded in surreal silence. Even before the mushroom settled, I promised myself: “Yes, I will fly again.”

Ten months later, I turned 40 and shocked my colleagues, by handing in my resignation. I was joining a small, upstart family-run company. I was going to export spices. My wife did not talk to me for weeks; close friends tried to dissuade me. But I was like a bat out of hell, blindly zealous on some wayward mission. Nobody had heard of a paradigm shift in those days; people just called it a crazy move.

Armed with two weapons, the English language and Thomas Paine’s not-so-common Common Sense, I unleashed my spice putsch on the bland-food junkies of the Occident. Within a month, the non-stop tension ate up my promising paunch. We moved from our small island town to a metro, into a condominium, which had a toad-free swimming pool. The giddy rise in our social strata was simultaneously scary and sweet. My wife worried about my zombie look, the result of my trying to come to grips with a totally new field. She forced me to visit a palm reader, who declared with enigmatic clarity: “Your birth star, Ayilyam, is going through the pull of Shani, a very difficult period, but most achievements occur during adverse times.” We prayed. A lot.

I started attending food shows abroad. At a food fair in Anaheim, California, I met a soft-spoken, fast-thinking Dane, who shared my hairstyle—a vast reflecting pate like the Dalai Lama’s. Maybe the mirror effect worked, for he expressed a desire to buy our company. Everything thereafter happened like clockwork. When the Danish multinational bought us, the mild-mannered Viking got a brain wave: imagine the magic of a brown guy approaching customers to sell spices? We moved to the US, to start a new life, attacking gringo palates, like Marco Polo in reverse gear.

Mastering the art of selling in the US was a lot like learning to swim, the initial stages were mostly below the surface. I had to unlearn a lot of my English. Rampant low attention span was the next hurdle. Technical talk was usually done with quickly, which meant I had to small talk, big time. Depending on gender, age and red versus blue states, I employed various desi themes: Bollywood, Kama Sutra, the Hindu-Muslim thing, Indian Syrian Christians… But the topic every Yank wanted to hear first-hand was arranged marriages.

It’s been 12 years now since I left my backwaters. It’s been demanding, but also rewarding. At any longitude, being in the same surroundings, doing the same functions can lull you into a comfort zone. So, at times, I still unfold that old story, now held together with cello tape, to revitalise my being:

This is the story of a wild duck flying northward across Europe during spring. En route, he happened to land in a barnyard in Denmark, where he quickly made friends with the tame ducks that lived there. The wild duck enjoyed the easily available corn and water, so he decided to take an hour’s break from his strenuous journey. Then he decided to stretch it for a day, then for a week and finally, a month. At the end of that time, he contemplated flying to join his friends in the vast Northlands, but he had begun to enjoy the safety of the barnyard, and the tame ducks made him feel welcome. So he stayed on that summer. Soon, fall came and one day, he heard his wild mates passing overhead, flying south. He was delighted to hear their quacking and it stirred something in him. He flapped his wings and rose into the air to join them. Much to his dismay, he found that he could rise no higher than the height of the barn. As he waddled back to the safety of the barnyard, he muttered: “I’m satisfied here. I have plenty of food and the fare is good. Why should I leave?” He spent the winter on the farm. In spring, when the wild ducks flew overhead, he felt a strange stirring within his breast, but he did not even try to fly up to meet them. When they returned in the fall, they invited him to join them again, but this time the duck didn’t even notice them. There wasn’t even the stirring in his heart. He simply kept eating the corn that made him fat.

As for me, I am still flying, even if closer to earth now.