On Strike in Outer Space

The story of a flight to a now-defunct NASA space station demonstrates that even beyond the reach of gravity, Mission Control will still try to keep you down 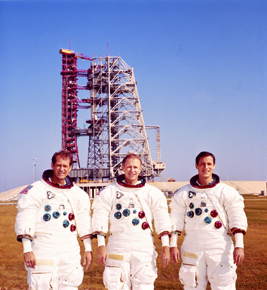 The story of a flight to a now-defunct NASA space station demonstrates that even beyond the reach of gravity, Mission Control will still try to keep you down


Skylab 4, the third and final manned mission to NASA’s ultimately doomed Skylab space station, was launched on 16 November 1973 and concluded on 8 February 1974. It was the longest manned flight—84 days—in the history of space exploration at that time. Skylab 4’s crew—astronauts Gerald Carr, William Pogue and Edward Gibson—conducted dozens of experiments and demonstrations during their time in low Earth orbit. They carried out hundreds of observations of the Earth’s resources using Skylab’s cameras and remote sensing arrays, and of the Sun’s surface using the station’s telescope. The three astronauts also performed space walks, floating high above the Earth’s atmosphere as they carried out inspections of the space station’s exterior and performed routine maintenance and repair on it.

In addition to performing this catalogue of impressive scientific and technical work, the Skylab crew—highly trained, motivated and educated men of impressive military and scientific training, boasting PhDs and Masters degrees in engineering and science and thousands of hours of flying time on jet aircraft—also went on strike.

Shortly after their mission began, the crew refused to work for one day, and had to be persuaded to return to their duties. In other words, a good old industrial action followed by negotiations with ‘management’ took place in outer space. The usually staid communiques between NASA’s Mission Control and orbiting astronauts, which convey the impression of jointly held objectives and co-operation, were replaced by considerably more tense and fraught communications.

Skylab 4’s status as a landmark in manned space exploration is, then, not just because of its duration but also because it has important lessons to teach us about labour relations in spaceflight. These issues have thus far only been imaginatively alluded to in fictional stories of disgruntled crewmembers on board the starship Enterprise, but will become germane if long-duration manned space flight—to Mars, or to the Moon to establish lunar colonies—ever becomes a reality.

Skylab 4 reminds us that while spaceflight might seem glamorous and pristine like the gleaming white spacesuits astronauts wear, on closer inspection it can reveal many of the familiar human and environmental dynamics that make our workplace relationships so fascinating and challenging. It most usefully illuminates the tensions that may arise between a rigid, controlling, science-regulating administration and a group of workers ostensibly selected for their discipline and psychological wherewithal to resist the stress of spaceflight. It was, of course, useful for other reasons too. By noting the Skylab 4 strike, I do not mean to diminish the crew’s activities, or reduce their 12-week stint in space to merely this story.

So What went wrong? Most prominently, from the moment the crew went into orbit, their lives were a blur of experiment and regulation, tightly and excessively controlled by a domineering set of NASA mission co-ordinators at Houston’s Mission Control. Time was limited; a large number of scientific experiments had been planned by an enthusiastic group of scientists on Earth.

For every single second of their waking hours the crew was prodded, poked, telemetered, scanned and required to work through long, tedious check-lists of activities. Every bodily function had to be recorded and regulated—this was, after all, a mission whose primary objectives included the study of the effects of long-term habitation in space. The interior of the Skylab space station might have been a capacious 350 cubic metres, but there was nowhere to hide from Mission Control. This was a scientific experiment, on taxpayer expense, and NASA intended to get its money’s worth. The three men were designated ‘astronauts’ but all too often, they were made to feel like highly-trained and monitored guinea pigs.

This tone of panopticon-like control had been set from the very beginning, when Bill Pogue had vomited—an entirely normal reaction to arrival in low Earth orbit, one which sometimes afflicts even experienced astronauts—shortly after arriving at the station, and decided, in collusion with other members of the crew, to not report the incident to Houston. But unknown to the astronauts, they were being monitored and eavesdropped upon round the clock, and soon they were castigated like a triplet of hand-in-cookie-jar schoolboys and warned that all such incidents had to be recorded and reported. That early ‘eavesdropping’ incident was by far the most trust-destroying interaction between the Skylab crew and Mission Control.

The astronauts soon realised that they were, for all practical purposes, prisoners under surveillance; they had no privacy, and there was nowhere they could ‘hide’ from the peeping eyes and ears of NASA’s Mission Control. They might have been hundreds of thousands of feet above the Earth’s surface but there was no getting away from this control. Their workspace was, in short, a nightmare of regulation. And they were overworked.

Faced with remote discipline at its extreme, the crew asserted their resistance. They had the most combative, unvarnished conversations ever with Houston, a far cry from the sanitised politeness characteristic of astronaut communications with ground controllers. Not for them the glowing encomiums standardly paid to NASA’s engineering genius. Gibson noted that the minute-by-minute monitoring was ‘no way to do business’ and that the entire mission had been a ’33-day fire drill’.

Matters finally came to a head when Pogue, Carr and Gibson ‘took a day off’ and did whatever they pleased, ignoring their predetermined schedule. For instance, on this self-enforced furlough, Ed Gibson, the resident science pilot, a solar physicist with a PhD from California Institute of Technology, retired to the solar observation station and spent the entire workday recording images at his own pace, not bothering to make any detailed entries in his lab handbooks.

‘Negotiations’ followed. Carr put forward the astronauts’ demands: ‘We need more time to rest. We need a schedule that is not so packed. We don’t want to exercise after a meal. We need to get things under control.’ Mission Control, for their part, felt the crew’s ‘rigidity’ was making it ‘difficult for them to have the flexibility of scheduling needed’. Finally, though, the astronauts were reassured that ground controllers were ‘very happy with the way you are doing business’. Work schedules were altered, expectations adjusted; the astronauts were made fuller ‘partners’ in their mission’s planning, and work resumed.

The story of Skylab 4 prompted much discussion about the regulation of work in space. For instance, it was clear that workers in space, unless policed by another crew, possessed some rather straightforward advantages in their negotiations with ‘management’. To begin with, space flight is tremendously expensive, with every minute of space flight time costing thousands of dollars, as the crew—trained at great expense—operates multi-million dollar equipment developed over years of research. Furthermore, space workers cannot be replaced easily; putting another crew in space instead of Carr, Gibson and Pogue would have required a Saturn rocket launch, not an undertaking to be carried out in a rush.

It has since been suggested that the so-called ‘revolt’ or ‘strike’ wasn’t really one at all. But these revisionist accounts do not discount the contentious and irritable relationship between Houston and Skylab 4, nor do they refute the notion that even highly trained military types and scientists fully convinced of the value of their work are likely to push back when placed in an artificially controlled, too-tightly-regulated environment.

The lessons here are not just for manned space flight, but for any workplace environment that approximates its conditions, whether in space or on Earth. We ignore them at our peril.