There is nothing ‘non-profit’ about most Indian think-tanks, contends Shanu Athiparambath, given the mindboggling ease with which funds are usually siphoned off 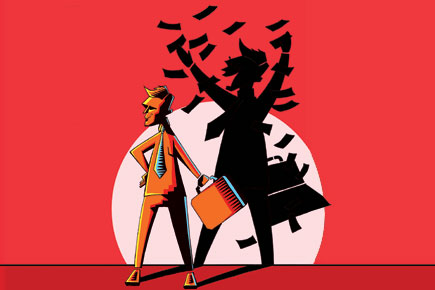 There is nothing ‘non-profit’ about most Indian think-tanks, contends Shanu Athiparambath, given the mindboggling ease with which funds are usually siphoned off


After dropping out of college, my attempt to make a career in journalism fell through. But my capitalistic leanings paved the way for a job with a small Delhi-based think-tank. Though I hadn’t the faintest clue of the inner workings of think-tanks, I had profited from their generosity for quite a while. Mises Institute, a US-based think-tank that would put its literature online, inspired great devotion in many teenagers and young adults. I belonged to this crowd, plugging avidly into internet forums to debate economics and politics all day.

When I decided to give the job a shot, I had little idea what was in store for me. I had believed that think-tanks engage in research and policy advocacy. But it was not easy to miss that my colleagues were incapable of giving the world anything more than their mindless labour. I remember two new recruits wondering what a ‘think-tank’ was, struggling to spell the word. It took a while for them to come to grips with the various nuances of Google search. A young girl had a difficult time telling ‘international economics’ from ‘environmental science’. Another girl had a Master’s degree in mass communication, but did not know what the word ‘molestation’ meant. They badly wanted to improve their writing skills, but even the tycoons of mass market fiction were beyond them. The think-tank head spent much of his time flying across the world. And my modest salary cheque often arrived months later.

Like many similar organisations in India, it did not produce any substantive research. It was far easier to attract funding for the holding of conferences or dissemination of publications. These exercises were hardly calculated to accomplish anything worthwhile. It did not matter how the money was being spent, as it did not come from any of our pockets. When I wondered how causes like saving the tiger and curing the world of malaria could inspire much enthusiasm, no coherent answer seemed forthcoming. I could only gather that, like almost anyone, alleged intellectuals are also subject to the vagaries of fashion.

The city of think-tanks was entertaining in many ways. As I came from the south of India, I could only marginally speak Hindi. Rickshaw drivers often dropped me in other sectors of Dwarka because I kept mixing up words. When a street prostitute asked me whether I would like to get into bed with her, I said ‘yes’, assuming she was asking me whether I was working or not. I was not much of an altruist, but while reaching into my pocket, it suddenly struck me that something was awry. She asked me to go away, feeling insulted.

For months, I worked on a climate change project, which leaned towards the supposedly unsophisticated ‘global warming sceptic’ side. In the eyes of doomsayers, only ideologues deluded enough to imagine that they are too good for science would look at the liberal consensus on global warming with suspicion. I think it is a myth. It happens to be true that global warming is caused by natural factors rather than human activity. But people who consider green NGOs the greatest plague that has ever visited mankind should know that their opponents too are not exempt from the same problem that pervades the environmental movement: colossal ignorance. They too have really strong convictions, though old-fashioned learning is by no means their forte. They are also policy driven.

The heavily-funded climate change project involved the dissemination of an 855-page report to several thousand ‘opinion makers’, including politicians, bureaucrats and activists. To an honest man, the notion that any of its recipients might read it would appear laughable. The sensible men who worked on it surely didn’t harbour this hope. It may be fairly assumed that none of my colleagues had read the report. A young man hired for the administration of the project had little understanding of the issue and did not care. Office politics was his strong suit. When found out, all he did was simply sit there punching the clock. Not surprisingly, he was soon asked to leave the place never to return, but by then it was too late. The damage was already done. In the absence of a co-coordinator, the situation turned anarchic.

When I got a salary document written in the name of a project I had never worked on, I started feeling that something was really amiss. My email asking for an explanation went without a reply, but I was told that it was for purely technical reasons. Strangely enough, the day I heard from a former employee of routine corrupt practices at the think-tanks, I was misdiagnosed with cancer. I heard that it was not unusual for the organisation to delay the salaries of employees.

Though NGO corruption is an established fact, I was a bit surprised when I noticed the ease with which funds could be siphoned off by simply writing a cheque in someone’s name. I heard from the president of a donor think-tank, The Heartland Institute, that it was not feasible for them to look into how their money was being spent; they just did not keep records.

Indian think-tanks enjoy too much slack as they are not really answerable to anyone. There are enough cases in which men declare themselves as ‘think-tanks’ and gleefully live off the bounty, jumping from one international conference to another. My Facebook feed is often filled with status updates that can scarcely conceal their pride: ‘Having beer in Singapore’; ‘I will be in the United States next week. New York City only!’.

In the week I lived with my cancer diagnosis, my inbox was flooded with work-related emails. Under pressure from me, the organisation’s director rationally intuited that he would soon be on a much enjoyable trip to the local prison. When I asked for my salary cheques, pending for months, I got them within an hour. A few days later, I sifted through the documents and found an egregious mismatch in the information on funding. When I questioned the director, he fumbled and fiddled around. When mail after mail went without a reply, I left the job.

A couple of days after I left the job, I got a call from the accountant, claiming that the organisation owed me some money. I dismissed the possibility. When he persisted, I went to see things for myself. Curiously enough, the largest payment made to me was missing from the papers. The document I had signed was rewritten in the name of another think-tank. The director warned me of the splendid opportunities awaiting a pariah in the job market. Maintaining that I had lost some of my marbles, he threatened my parents with legal action if I stayed in the city. Today, I am amused each time I see him giving moral lectures on probity on national television channels and in international publications, going to the extent of maintaining that even people who pay bribes for water or electricity do not deserve to have a say on corruption.

I saw one charlatan after another coming to my apartment on various pretexts. The accountant who believed that siphoning off funds is an acceptable norm begged that he should be spared. The chairman and funding organisations refused to look into the evidence, despite my persistence. But there was not one person who was willing to give me a written disagreement. The German foundation funding the think-tank thanked me for the information, but hiked the funding generously the next session. Though few think-tanks are above swindling their donors, this is rarely necessary. In many cases, the ‘illicit relationship’ is mutually beneficial as the funds are often the hapless taxpayer’s.

There was an underlying rationality to all this irrationality. When a young anarchist friend pointed his finger at the tax amount on the bill at a coffee shop in South Delhi and said, “I really hate this, but my salary cheque comes from here,” I felt it perfectly illustrated a fundamental problem associated with the think-tank industry. He had just joined a government think-tank that did empirical research. But he did not believe in empirical research or mathematical modelling. He loathed the tax collector. I gathered that he was slightly embarrassed about the whole affair. Wasteful spending in the name of noble intentions is bad enough, but what if the intentions were not noble in the first place?

There are many who do not share the embarrassment, and lean on the cowardly excuse that it is hard to be honest while working on policy matters. A think-tank president had once confided to this young man and another intern that his innermost convictions contradicted his organisation’s open agenda. Not long back, I read the experience of an author who lectured at this organisation’s seminars. The think-tank long owed him some money, but the president was not willing to reply to his mails. What differentiates many of them from outright criminals is the respectability in the perception of simple-minded men.

I once had to drop plans to co-author a paper because it was impossible to agree that there can be something really wrong with writing against one’s convictions. My boss once said that he does not think too highly of the need to educate the masses, his belief in democracy notwithstanding. He was more interested in making a mark in policy. A professor in Mumbai once told me that she was surprised when this man invited politicians to a climate change conference at her university. She wondered what half-brained politicians had to do with climate science.

The common man might be easily swayed, but he has no hesitation in looking at politicians with utmost suspicion. Many think-tank men appear not to have caught up with the instinctively shrewd wisdom of the masses that politicians cannot be trusted. They pretend to live in the hope that men in power might listen. But politicians have better things to do than trifle with ideas. They might humour ‘intellectuals’ when it suits them, but in a democracy, the ultimate boss happens to be the man on the street. When the masses hate a great idea, politicians do not have enough wiggle room. Think-tanks can only pretend to influence what happens.

Liberals often allege that think-tanks serve as public relation fronts for their corporate sponsors. But the truth is that much of the funding in India is governmental. Even US think-tanks receive very little corporate funding. Though there are many think-tanks involved in sound research, non-profit organisations that do not toe the official creed have a really difficult time attracting funds. The value of their research is often dubious.

It is hardly surprising that well-connected ‘intellectuals’ flock to Delhi, where it is far easier to snatch their fair share of the government pie. There is, of course, a reason why the word ‘Washington ability’ entered our vocabulary. After leaving my job, one day, I got a call from a senior journalist who had a short stint with the Planning Commission. He was planning to start a think-tank in Delhi.