On the peculiarly intimate bond between Indian mothers and sons 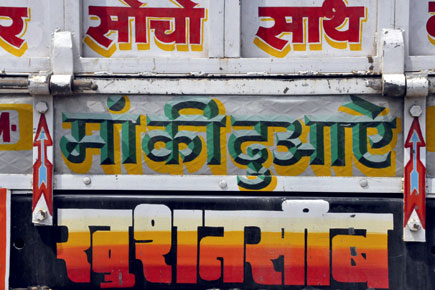 On the peculiarly intimate bond between Indian mothers and sons


A few days ago, a male friend shared with me the tremendous unease he felt at the news of his mother’s impending breast reduction surgery. “It’s not that she wants her breasts smaller or firmer that bothers me—it’s the thought of the surgeon’s hands all over them!” he exclaimed. His mother, also very close to me, had discussed the same matter with me earlier: “I really want to wear pretty bras like you girls can. I want to be able to wear dresses and blouses rather than always loose kurtas. But I haven’t told my son yet. I don’t know why, but I just feel so shy to tell him.”

I am trying to establish myself as an actress in Mumbai, so it was charming to hear a story about breast reduction rather than breast enlargement. But more importantly, I happened to have an upcoming audition for the role of a young woman who, resenting her husband because of his relationship with his mother, redirects all her affection towards her son. While this premise is hardly original, being neither married nor a mother myself, I realised I would have lots to gain in terms of characterisation by paying close attention to the mothers and sons around me.

The next morning, the flower seller near my apartment, a frail woman who sells a small heap of marigolds and jasmine from a basket on the street, complained that her teenage son takes her most fragrant flowers each day for a girl he hopes to win over. She seemed annoyed at him for squandering her source of income, and jealous that she was no longer the foremost target of his attention, but most of all she felt helpless, confounded by her inability to express disapproval at his behaviour. “I just cannot refuse him anything, I cannot tell that idiot ‘no’.”  Why, I wondered, is a mother so incapable of making her son aware of his faults? Is it her own desire not to see them, or is it a desire to preserve within him the fantasy of his perfection?

That evening, I noticed a Herculean man at the small gym I go to, with ‘Ma’ tattooed in Hindi on his massive right bicep. An agile woman in her forties, taking a break between sets of squats, noticed me staring at his tattoo and said, “Don’t you want to be with a man like that? Someone who loves his mother so much? He must be a very sweet boy, a very good boy. I wish my son had such a tattoo.” About an hour later, as I was leaving, I bumped into an older woman waiting outside who had to have been the muscular young man’s mother. She was holding a bunch of bananas and a glass bottle that looked like it was filled with lassi. If the boy had been seven years old, his mother with the snack would have been fine. But Hercules looked about 27. This scenario at the gym seemed to suggest that to be a ‘good’ son, as per the popular imagination of Indian mothers, a man must retain the semblance of a childlike dependence on his Ma long after he is an adult. But what is the direction of this dependence? Is it the mother’s dependence on her son’s affection, or the son’s dependence on the mother’s that causes each to behave this way, I wondered. Who is indulging whom?

Soon after, I ran into a friend who told me that his mother had emailed him a document to print out for her, which, he discovered, was her will. He said he was startled to find that the flat she had recently spent her life’s savings on was left to his sister and not to him. “I could have sworn I was her favourite,” he said. “Aren’t sons meant to be their mothers’ favourite? She must have left it to didi because girls are less likely to earn enough to have their own homes.”

“Well,” I said, aghast, “Your mother earned enough, didn’t she?”

“Oh, my mom is superwoman,” he said. “Not everyone can be like her. Plus, she left me her collection of gold Ganeshas, which definitely means I’m still her favourite.” My friend wasn’t joking; in fact, there was a desperation in his voice that he made no attempt to conceal. He seemed to want his status as his mother’s favourite affirmed—by me, by himself, by the world.

My Hindi diction teacher, a talkative, round woman who laughs easily, had once told me that as little boys, her sons had the singular privilege of taking off her toe rings for her once a week. Her husband, who would have, in my opinion, been the more appropriate choice for this task, she informed me, “had always been too fat to comfortably sit on the floor”. Apparently, her boys had grown to love selecting and helping her wear her jewellery. She explained that since toe rings were especially painstaking to remove, but must be cleaned at least once a week, her sons took much pleasure in facilitating the ritual.

That evening, I had arrived at her home a little earlier than our class was scheduled and was perturbed to find that even now, albeit tall and hairy and in their thirties, the boys still attend to their mother’s toes, one at each foot with a jar of cold cream between them, easing the rings off, washing and polishing them and then easing them back on. I found myself half impressed, half appalled by this extraordinary spectacle of devotion. Must the unique intimacy between mother and son established in childhood be sustained in adulthood? Is it unconsciously cultivated by the mother, and then obligingly preserved by the son, or is it a mutual requirement, each willfully satisfying the other while also satisfying themselves?

As I stood in line for an after-lunch espresso at the neighborhood café the next day, I observed a young mother dressed in a beautiful chiffon skirt and a delicate lace blouse feeding her son ice-cream. He must have been about five years old. Refusing to eat what his mother was feeding him, albeit evidently the flavour he had asked for, he insisted on having a sip of her espresso, which she had warned him repeatedly he would not like. His pleas were quickly becoming shrieks, so she relented. Shocked by the taste of his little sip, he dropped the cup, spilling dark brown liquid all over her peach pink skirt. She did not reprimand him. Instead, she placed a napkin on her skirt and hugged her little boy. How will he ever love any woman more than he does his mother, I thought. Then again, how could any woman ever love him more than she does?

My audition was the following afternoon, and I now had several possible back-stories to choose from to help me get into character. Yet, I could not help but feel an overwhelming anxiety at the very prospect of motherhood. I hoped with every inch of my being that if I ever do have a son, somehow, somehow, we’d be able to escape falling in love with each other.