The remains of the revolution

Living in the past of others 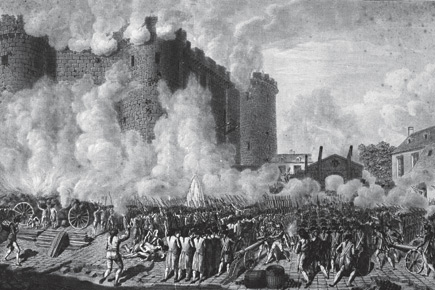 Living in the past of others


Anything seems possible in the fading splendour of this fantasy house. One might even believe that Zhou Enlai really did declare “It’s too early to say” when asked about the impact of the French Revolution 183 years after the event. That comment has been broadcast ever since as evidence of a sagacious Chinese premier’s ability to pierce the mists of time and uncertainty and pronounce profoundly on what French scholars call the longue durée, the long view of history in which structures matter more than events. We now know it was nothing of the kind. Nevertheless, the revolution goes on in subtle ways that were beyond a Chinese revolutionary’s comprehension, as the de Taillac family illustrates in its 400-year-old château of Luxeube not far from the ancient Roman town of Auch in south-west France.

Chas Freeman, the American diplomat and interpreter at Zhou’s meetings with Richard Nixon and Henry Kissinger in 1972, says that when Nixon and Kissinger spoke of the “French Revolution” and “Paris Commune” Zhou at once recognised terms that the rampaging Sorbonne students also glibly mouthed. He thought he was being asked about the student riots in Paris in 1968, not the storming of the Bastille in 1789.

Such confusion isn’t confined to the beautiful but hare- brained actress who, hearing the “Judgment of Paris” mentioned, burst out, “No one goes to Paris nowadays. New York is much more chic!” According to the irrepressible KP Unnikrishnan, Rajiv Gandhi also thought of Sharmila Tagore when he heard of Tagore, while Marx didn’t mean Karl to him but the brothers, Chico, Harpo and Groucho. True or false, the witticism probably sealed Unnikrishnan’s future in the Congress.

Zhou probably knew too little history, not too much. He would have expected a pile like Luxeube to be stripped to the bone or reduced to rubble by France’s successive waves of social turmoil. But storms seem to have left untouched the stately pink stone edifice with its massive central tower where I am in constant danger of breaking my neck since the stairs to the bedrooms curl round its inside wall. Despite its crenellations, the tower wasn’t built for defence but to keep an eye on the field hands.

The family has moved with the times in ways that would be considered revolutionary. Alain de Taillac worked for a petroleum company in Libya. His son Pierre who has inherited the estate and who studied at London’s Kings College with Deep, my son, lives in Normandy and edits military histories in Paris. His sisters are prominent in fashion and design. One, Marie-Helene, makes exquisite jewellery in Rajasthan. Their multinational spouses, including an Indian, a Japanese, a Moroccan and a solitary Frenchman, are high-flying globe- trotting businessmen.

Pierre shows me the only scars of revolutionary turmoil the house bears. A pair of ornate lilies has been erased from the bureau in his mother’s bedroom. Lilies matter. France might have had a king today if the royal claimant, the Comte de Chambord, hadn’t insisted in the 1870s that the tricolour would have to be replaced by the white and gold fleur de lys as the national flag. Pierre doesn’t know if a righteous mob stormed Luxeube to guillotine the lilies or if the owners prudently did the job themselves. That would have been like the nineteenth century Bengali writer who wore a dhoti over his trousers during the Indian Mutiny and kept a sharp lookout for the winning side.

The de Taillacs may not have been as calculating. One member lost his head during the Revolution. Another joined the 10,000-strong Armée des Princes, the counter-revolutionary force raised in Germany in 1792 under the aegis of the ill-fated Louis XVI’s brothers. But despite past royalist sympathies, they don’t use their titles of Marquis and Count. “We’re descended from a fictional character,” Pierre laughs instead. Fiction has an underlay of fact. His ancestor, Isaac de Porthau (1617-1712), scion of an ancient Bearnese family ennobled in 1674, was the original of Alexandre Dumas’ generous if simple giant Porthos, whose ability to wolf down enormous quantities of food greatly impressed the Sun King during a banquet at Versailles. The gourmand also yearned for social acceptance and was rewarded in the novel with the resounding title of Baron du Vallon de Bracieux de Pierrefonds. Isaac de Porthau was also a Musketeer, like his brother. He succeeded his father as secretary of semi-independent Bearn’s parliament.

The visitor might be forgiven for assuming, from the abundance of family portraits in tarnished gilt frames and the chipped monogrammed crockery, that the de Taillacs have been here for centuries. But the lion rampant inlaid in the hall floor isn’t their symbol. Their device is a fish plunging across a band carved on the dining room mantelpiece. It is repeated in a more formal heraldic setting surmounted by a coronet on every piece of gleaming silver. The de Taillacs moved from château to château until Pierre’s grandfather bought Luxeube in the twenties. But a family that weathered the Revolution to remain relevant two centuries later carries its own continuity with it wherever it goes.

Such consistency gives the lie to stereotypes that other apocryphal sayings reflect. My favourite is of the courtier—he may even have been a de Taillac collateral—rushing to inform Marie Antoinette that that the peasants were revolting. “Yes, aren’t they!” was the queen’s imperturbable reply. Father Paul Turmes, the Luxembourgeois Jesuit priest at Calcutta’s St Xavier’s College who briefly and unsuccessfully tried to teach me Latin, added “Et tu brute” to the list. He dismissed the notion of a dying Caesar punning on Brutus being a brute.

History’s most famous apocryphal comment was also famous as the shortest letter in the world—Napier’s “Peccavi” (“I have sinned” in Latin) after annexing Sindh. The historian AJP Taylor is credited with inventing the letter. Another account says a teenage girl, Catherine Winkworth, coined the term and sent it to Punch, which published it as fact.

Mohandas Karamchand Gandhi said much that was wise and witty. But, apparently, he didn’t say “I think it would be a good idea” when a journalist asked what he thought of British civilisation. There are several versions of what he did say before and after his historic tea with King George V and Queen Mary in 1931. The most fanciful pre-tea comment is that, asked if he would really see the King-Emperor in a loin cloth, Gandhi replied, “Yes, and if he doesn’t concede swaraj I’ll take off even that!” Asked afterwards if he felt comfortable in his scanty garb, the “rebel fakir” (the king’s term) replied, “The king had enough on for both of us!” Delving into myth again, Geoffrey Moorhouse claimed, in Calcutta: The City Revealed, that there is no basis for the fond Bengali belief in Lenin’s prediction that the road to world revolution lay from Peking to Paris via Calcutta.

Zhou’s cryptic reply wasn’t innocent of politics. China’s Cultural Revolution was still rumbling murderously in 1972, and Zhou wouldn’t have dared to pass judgment on the French Maoists and risk being branded “renegade, traitor and scab” like State President Liu Shaoqi or being killed in a plane crash in Mongolia like Lin Biao, Mao Zedong’s designated successor. An enigmatic answer that had everyone guessing buttressed the speaker’s prestige and China’s reputation as a far-thinking, patient civilisation.

This is not the only time a misinterpretation of a remark by a Chinese leader has mistakenly entered mainstream parlance. There is no evidence that Deng Xiaoping, who launched China’s market reforms, ever actually said, “To get rich is glorious”. But Zhou wouldn’t have been far out even if he had been speaking of the right French Revolution: the continuing flood of Muslim immigrants who demand the Revolution’s pledge of Liberty, Equality and Fraternity, and the French government’s reaching back to the secular ideals of the same event, to forbid overt displays of faith, give a new twist to an old tale. It’s too early to tell how this saga will play out.

Pierre left this morning for a meeting in Bordeaux and then back to Normandy and his wife, leaving Luxeube to Deep, Sumita and me. It’s a strange feeling to be alone with someone else’s past. The innumerable mementoes of that past are not only historically priceless but intrinsically valuable. There are no telephones that I can see. A tall pylon jutting out through the trees with loops of electric cable sweeping away into the distance, erected despite Pierre’s vehement objections, is the only sign of intruding modernity. The sounds are mainly of birds. A cloud of pale yellow butterflies flutters past the drawing room’s French windows. The rutted drive from the front door winds for nearly two kilometres between stalwart sentinels of plane (platanus in French) trees before it reaches the village road.

Pierre’s tenant farmer next door beams goodwill without a word of English. From time to time his dogs gambol playfully all over us. A wild boar in a cage in his backyard snorts loudly. It isn’t wild enough any longer to survive in the wild. Peering through the mesh, the boar must envy a brown hare leaping through the grass. The gentle undulation of gold and many shades of green beyond, the harvested fields sloping up to hilltops where clumps of trees stand like a boy’s Mohawk hairdo, indicate a landscape shaped by man’s loving hand.

The house is silent with its carved and gilded furniture and treasure house of memories. The many beds, the enormous grate in the kitchen and the huge cooking dishes, cupboards crammed with crockery and cutlery, pantry and laundry room, confirm it’s a house meant for grand occasions and the bustle of a hundred people. I read in W magazine of the drama when Pierre’s sister Victoire married Ramdane Touhami. “Accessories designer Corto Moltedo was stuck in Mexico, but at least his father would attend. Artist Philippe Parreno couldn’t make it, but he promised to stop by the day before. And Lola Schnabel was on the phone from Charles de Gaulle, where she had a three- hour layover: Was that enough time to cab it into Paris and collect a pair of shoes from Azzedine? Or should she go barefoot? Was it a ‘grassy’ château?” The writer rightly adds Luxeube “is indeed grassy—and lovely.”

The winds weren’t right for a parachutist to hand-deliver Touhami’s speech during the reception dinner. The donkey polo match planned for the next day had to be cancelled because of the rain and hangovers. But Victoire was philosophical. “It doesn’t matter if something doesn’t work out, because people don’t know what you had planned. Over the years I’ve realized that the party always goes on.” So does the revolution. To improve on Trotsky’s “change alone endures”, it endures longest when revolution rejects the bad and preserves the best, as the de Taillacs have done at Luxeube.