An anatomy of the caste culture at IIT-Madras 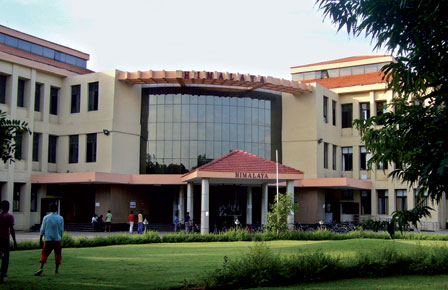 There has recently been a rapid escalation of political tension around IIT Madras’s decision to de-recognize the student organization, Ambedkar Periyar Study Circle (APSC). An anonymous letter sent by some IIT Madras students to the Ministry of Human Resource Development accused the APSC of “creating hatred among student [sic] in the name of caste and trying to polarize the ST, SC students.” The letter also charged that the group is “politically motivated” to “create hatred against the prime minister and the Hindus.” The Dean of Students validated this allegation in two missives of his own to the APSC, advising them to change their name to something less “polarizing” and chiding them for “controversial activities.” The Dean and the letter writers share two key assumptions: that the political activities of the APSC were unprecedented, and that caste politics has no place at the IITs.

The APSC Facebook site does indeed record a range of events responding to the Modi government’s policy directives to central government institutions. These include the celebration of a Sanskrit Week, the establishment of separate dining halls for vegetarians and non-vegetarians, and the adoption of Sanskrit name boards for campus facilities. While the APSC criticizes these measures as part of the government’s broader Hindutva agenda, it defends its events as opportunities to facilitate discussion and debate.

Did the APSC in fact bring the politics of caste into a space where it did not exist? Was IIT Madras previously caste-free? As an anthropologist currently investigating caste and meritocracy at the IITs, I see the history of the institution differently. Caste and casteism have shaped IIT Madras for a very long time, generally to the benefit of upper castes.

The history of engineering education in Tamilndu provides some answers. Through the end of the 19th century, most engineers in India were European. Within Madras Presidency, as the numbers of Europeans gradually fell, Brahmins were the single largest group of Indians who filled the vacuum. By the 1920s, Tamil Brahmins filled over 70 percent of seats in regional engineering institutions, despite being barely 3 percent of the total regional population. Not all Tamil Brahmins were inducted into engineering, and Vellalas and other upper castes were also key beneficiaries of this indigenization of the profession. But as a caste that had long enjoyed the privilege of education and bureaucratic employment, Tamil Brahmins became disproportionately well represented across the modern professions.

In response, the rise of Non-Brahmin and Dravidian movements called upper caste cultural, economic, and political power into question. They also came to identify Brahmins as the principal beneficiaries of caste privilege. Close to a century later, Tamilnadu is now known for its highly politicized Backward Caste majority, the predominance of regional parties emerging out of Dravidianism, and far-reaching institutional reform through caste quotas in education and employment. Today, most regional engineering colleges in Tamilnadu reserve up to 69 percent of their seats for OBCs, SCs, and STs. These measures have had considerable success at democratizing caste access to the engineering profession.
Contemporary caste politics at IIT Madras must be understood in this broader context of democratized access to education and sharpened caste cleavages between Brahmin and non-Brahmin Tamils. Amidst the radical regional transformation of institutions, the founding of IIT Madras was propitious for many Tamil Brahmins and other regional upper castes. Affiliation to a prestigious central government institution secured their educational status despite Tamilnadu’s progressive reservations policies. It was in keeping, too, with a longer historical connection to the central government seen in the overrepresentation of upper castes in the central services. Even the makeup of Central Board schools in Chennai shows a disproportionate number of upper caste students, another sign of their alignment with the central government. Within Tamilnadu, Central Board schools happen to also be the principal feeders of IIT Madras. Not only students, the composition of the faculty at IIT-Madras is also overwhelmingly upper caste with 464 professors drawn from the “general category,” 59 OBCs, 11 SCs, and 2 STs.

Rather than caste-free, then, the “general category” at IIT Madras clearly comprises beneficiaries of caste privilege. Indeed, most IITians assume that the “general category” is upper caste, which only proves how entrenched the equation between caste and merit is for them. Although their claim to the institution is made in the language of merit, upper caste students and faculty understand IIT Madras as meritocratic in large part because of its association with them. In other words, upper caste affiliation and a defense of caste interests are at the heart of such claims to merit.

IIT Madras’s caste culture is apparent in the everyday workings of the institution and in the opposition to reservations. SC and ST students started attending the IITs in the early 1980s after the implementation of the 1973 SC/ST quota of 22.5 percent. From all accounts, their integration into the campuses was far from smooth. Students who gained admission through the quota encountered innumerable instances of everyday discrimination that called their intellectual and social worth into question.

In my interviews with upper caste graduates from the 1980s and 1990s, I heard repeated mention of how “the SC/STs did not fit in.” When I probed further, I heard a number of explanations for this supposed bad fit, from their poor academic performance to their provincial dress style and poor command of English. Indeed, even grades were interpreted differently depending on who earned them: “general category” students got poor grades because they were too busy having fun while “SC/STs” did because they were not intellectually capable of performing up to standard. As the recent spate of suicides and attempted suicides by SC and ST students across the various campuses tells us, those who gained admission to the IITs through the 1973 quota suffer routine slights and indignities.

Backward Caste students spoke of a more ambivalent experience at IIT Madras. Before the implementation of the OBC quota in 2008, those who got admission through the general category spoke of how invisible they felt. Given the assumed equation between the general category and being upper caste, their classmates automatically assumed them to be upper caste. They spoke of quickly learning to play along with this assumption by, for instance, not expressing adverse opinions on issues such as reservations or Tamil politics. When I asked why they felt the need to do so, they told me that this was how you “fit” into the institutional mainstream.

By contrast to these experiences of alienation, upper caste students spoke of the campus as a space where caste, religion, and other markers of identity simply did not matter. “Here”, they told me, “we’re all just IITians.” This upper caste sentiment is the background assumption that makes the APSC appear to be bringing caste into a previously caste-free space. But this disavowal of caste by those who enjoy its benefits must be understood for what it is: the comfortable occupation of the mainstream by those who not bear the stigma of difference. At times, the caste feeling underlying this identity of “IITian” was clear – for example, when Tamil Brahmin students spoke of the campus as a second home, where the large numbers of Tamil Brahmin faculty embraced them as extended family.

But it is around opposition to reservations that the expression of upper caste identity and interest is most evident. When the Supreme Court issued its 2006 ruling requiring the reservation of 27 percent of seats for OBCs in all central government institutions, the verdict sparked mass protests within the IITs. As several IITians who were students at the time told me, the protests against OBC reservations were overtly political. Student demonstrations against government policy were not only permitted but tacitly endorsed by the administration, although students were warned not to take their protests outside the campus gates, as they were less likely to be tolerated. In addition to more localized protests, many IITians joined Youth for Equality, an organization formed in Delhi to oppose the 2006 reservations.

This is only a recent instance of IITians protesting what they perceived as interference in the institutes’ meritocratic functioning. When the quota for SCs and STs was extended to the IITs, one of the most vocal opponents was P. V. Indiresan, director of IIT Madras from 1979 to 1984. In his 1983 Director’s Report, Indiresan drew a distinction between “the socially-deprived” who demanded “special privileges” and “the talented” upper castes who deserved “rights of their own.” For him, and many with similar views, upper castes are simply “the talented” who inhabit a casteless, democratic, and meritorious norm threatened by reservations. In 2011, it was Indiresan who took the Indian government to court challenging the constitutional validity of the 2006 reservations.

Given the caste history of the region, the demographic composition of students and faculty, and the strident opposition to reservations, it is no wonder that IIT Madras is such a lightning rod for caste critique. Of course, accusing low castes of politicizing caste is not new. Such arguments are shrillest around the question of reservations where quotas are depicted as a form of unfair advantage, as the politicization of education, or as the death of merit. This reframing of redistributive justice as anti-democratic is a direct result of a history of caste inequality. When those who have borne the brunt of caste discrimination expose structural inequality and demand redress, they are accused of casteism. For simply naming the unspoken status quo, low castes are accused of being divisive, hateful, and anti-egalitarian. Meanwhile, the beneficiaries of caste privilege claim to be defending nothing less than equality and merit itself. Democratic rhetoric, it seems, has become the favored language of anti-democratic politics.