Pakistan’s new media is fearlessly taking on India bashers and those distorting history in ways that would have been seen as unpatriotic a few years ago. 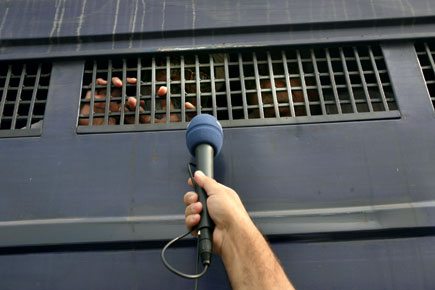 
Q: Who started all wars against India?

Q: Did Pakistan win any war against India?

Q: Can Pakistan win any war against India?

Q: Who was, principally, responsible for the break-up of Pakistan?

Pakistan is lagging behind India in nearly all respects. Its economy is in tatters. Its GDP is growing at less than 3 per cent a year. Its education system is in a shambles. Its schools and seminaries are sowing seeds of hatred against India. Its history books have been rewritten to suit the mood in the country and to glorify Muslim invaders who came to plunder India’s wealth. Pakistan’s politicians are self-serving, incompetent and thoroughly corrupt.

All these anti-Pakistan sentiments have not been regurgitated by some rightwing Hindu fundamentalist whose sole mission in life might be to undo India’s partition. All these statements are regularly aired on Pakistan’s newly liberated media, mainly privately owned news channels, where educated and liberal commentators appear frequently to give Pakistan is the unpolished state of affairs, painful as it might be.

This is not to say that India-bashing is absent or commentators denouncing, disparaging and denigrating India have disappeared. They, too, appear regularly on television chat shows, but they are now ranged against liberal journalists, commentators, historians and even a nuclear physicist.

A new breeze is blowing over Pakistan—most Indians are unaware of this because they cannot watch Pakistani TV channels—and it may well be a sign of the road Pakistan might go down in future. It augurs well for both countries.

Pakistan’s new media—actually old, but in its new incarnation—comes down really hard on Pakistan’s new and old rulers, including the military, for encouraging distortions in its new history books and spending time, effort and money on preparing for a future conflict with India rather than concentrating on building a better and more prosperous Pakistan.

It draws inspiration from India’s economic growth over the past decade or two. Its praise and admiration for India is almost embarrassing. It advocates free flow of trade between India and Pakistan. Just a few years ago, these thoughts would have been regarded as anti-Pakistani and deeply subversive. But Pakistan’s media is now free. It is on a roll and it is angry and rebellious.

Listen to some of the voices:

“[The] history of Pakistan is full of blunder, plunder and surrender…. the country began [its nationhood] with false and fabricated claims…. and now people have false [academic] degrees,” said an angry Hassan Nisar on a programme on Awaz TV last July.

He said Pakistan was like a “beggar carrying a stick” to demand aid. Nisar is particularly scathing in his attack on President Zia-ul-Haq, saying he was particularly ominous, sinister and calamitous. His tagline is: “History destroys those who destroy history.”

Hassan Nisar is a force to reckon with in Pakistani media. He writes a column for Jang newspaper and hosts his own programme on Geo TV. His comments and those of others appearing on these television channels would gladden the hearts of Hindu fundamentalists. Sometimes they exaggerate the economic and political chasm between Pakistan and India, one suspects, mainly to highlight the widening gap between the two countries.

They are scornful of Pakistanis who take pride in pointing out that Muslims ruled India for a thousand years or trace their bloodline to Arabs rather than the people of the subcontinent.

Dr Parvez Hoodbhoy, 62, is a nuclear physicist and a professor in Qaid-e-Azam University in Islamabad, where he lectures on nuclear and high energy physics. He has published innumerable scientific papers and received his PhD from MIT. He is against nuclear weapons and proliferation and believes education is the key to Pakistan’s social and economic development.

In a chat show on Awaz TV in February, he was candid and resentful of the way the government had handled a separatist movement in Balochistan, an issue that touches raw nerves in Pakistan in the same way that independence for Kashmir is  an emotive issue in India. Pakistani television channels frequently discuss the question of Balochistan on their news programmes; in fact, more often than Indian channels focus on the Kashmir issue.

Hoodbhoy said the problem of Balochistan was getting worse and was now as bad as the situation in East Pakistan in 1971, and squarely blamed the government and the army for it.

Marvi Sarmed is a spunky Hindu woman commentator, writer, journalist and human rights activist, who fights with equal vigour for Hindus and Muslims in Pakistan. She appears frequently on television chat shows, where she comes across as a blunt street-fighter who takes no nonsense from fundamentalists.

She is often clad in saris and sports a rather large red bindi. Her attire upsets obscurantist Muslims, but she could not care less. She has a regular column in one of the English dailies. It is difficult to find another Hindu commentator of the same stature in Pakistan’s mainline media.

Last August on Express News, Marvi locked horns with Zahid Hamid, a clownish figure and a passionate believer in the two-nation theory, who was served a legal notice by South Asia Free Media Association for calling it a RAW agent. The debate degenerated into who was a good Pakistani and who was not.

Zahid Hamid: “I love Pakistan and I stand for [the] two-nation theory.”

Marvi Sarmed: “I love Pakistan and I do not stand for [the] two-nation theory. It is irrelevant today.”

In that programme, Marvi came down heavily on Hamid, saying: “I don’t need a certificate from you [about being a good Pakistani]. Who are you to give certificates? What are your credentials?”

Many historians also appear on Pakistani channels underlining the dangers of teaching children the country’s recent history in a manner that sows seeds of hatred against Hindus and the Ahmediya sect of Islam, by telling them that Hindus killed Muslims during the subcontinent’s partition.

Najam Sethi is a Pakistani journalist who edits Friday Times and appears on Geo TV’s programme Aapas Ki Baat. In August last year, he told viewers that unlike what the history books said, Pakistan started all four wars—in 1948, 1965, 1971 and 1999—with India.

In another programme a few months later, he made it clear that Pakistan was unlikely to gain anything from forcing a war on India, and that it might end up on the losing side.

Pakistanis seems to be enjoying their new-found media freedom, even if it means swallowing some bitter, unpalatable truths.

In 1991, a well-known Pakistani journalist, who had spent time in jail during Zia’s regime, took me to a remote and lonely hilltop restaurant in Islamabad and whispered into my ear that the Partition was a mistake. “In Pakistan, if I say this publicly, I will be lynched,” he said.

Now he can say it on Pakistani news channels.