One Hundred Years of Akira Kurosawa

Shakespeare, Tolstoy or American crime fiction, Akira Kurosawa fashioned them into his own unique brand of cinema. On his centenary, Open remembers the man whose films launched a thousand remakes. 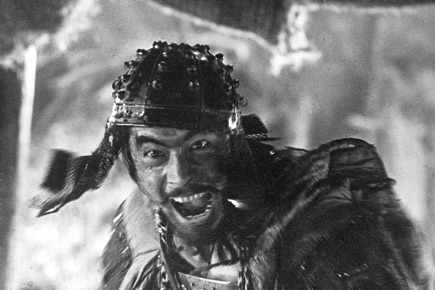 Akira Kurosawa fashioned his own unique brand of cinema. Open remembers him on his centenary.


Extricating Akira Kurosawa from his body of work, and vice versa, to examine the man and his films as separate entities is never an easy proposition. For his work was him—the hallmark of a true artist. It was difficult to tell where the essential attributes of Kurosawa the person ended and the enchantment of his transcendental artistry began.

It wasn’t any easier for Donald Richie, a leading Western authority on Japanese cinema. He was once commissioned by New York Times Magazine to pen a 10-page profile of Kurosawa. He wrote three ‘different though similar’ pieces. They were all rejected. The ‘idea’ of Kurosawa hadn’t emerged clearly enough, the editors ruled. While attributing that to his own ‘lack of skill’, Richie pointed out that Kurosawa was an “extraordinarily complicated person”.

It reflected in his films, even in those that seemed accessible. He never made concessions to popular tastes, responding only to his own inner urges. In his seminal book, The Films of Akira Kurosawa, Richie wrote: ‘Generalisations fit him no more than they do his films. The only way to understand Kurosawa is to understand his pictures.’ That critical endeavour is still on, and not just in Japan. As it celebrates the centenary of Kurosawa’s birth, the world is still in thrall of his films, which are, and will always be, a part of our shared universal heritage.

Kurosawa invested everything he was as a human being, storyteller, craftsman, painter, writer and editor in the ‘pictures’ he made in a career spanning over half a century. He worked across an array of genres—from sweeping samurai epics to intimate character-driven dramas, from pulsating crime thrillers to savage satires, from spectacular period sagas to soulful tragedies. Today, to many cineastes around the world, he more than just defines Japanese cinema. Kurosawa is cinema.

He was cinema’s equivalent of a ‘last samurai’ driven by bushido, ‘the way of the warrior’. Kurosawa, a man of samurai stock, pursued perfection with dogged zeal, complete purity of vision, a deep loathing for creative compromises, and a fierce adherence to his own beliefs, no matter how daunting the challenges were.

And there were quite a few of them. In 1970, he was fired by 20th Century Fox as director of the Japanese portions of the Pearl Harbour epic, Tora! Tora! Tora! (1970). Coming off the fiasco, Kurosawa made the low-budget Dodesuka-den, which failed commercially. On 22 December 1971, he attempted suicide. He miraculously survived the multiple slashes he made on his throat and wrist. And went on to make several more unforgettable gems.

Directing his first film, Sanshiro Sugata, in 1943, Kurosawa averaged a film a year until the making of the medical melodrama Red Beard in 1965. The military government of the day was so taken with his debut film, which dealt with the 19th century face-off between enthusiasts of judo and jujitsu, that Kurosawa was persuaded to make a sequel. He then made films like They Who Tread on the Tiger’s Tail, The Quiet Duel, No Regrets for My Youth and Stray Dog. The post-World War II film that helped cement his reputation was Drunken Angel (1948), also marking the beginning of his long association with actor Toshiro Mifune.

Post Red Beard, Kurosawa’s output dropped to a trickle as finding funds became a huge struggle. But restless explorer that he was, he kept writing screenplays, drawing sketches of the characters, costumes and sequences, often not sure whether he would make another film.

Few directors have succeeded in blurring the line between cinema and poetry, storytelling and philosophy, clinical craftsmanship and pure genius, and humanism and cynicism quite to the extent that this Japanese maestro did over and over again. Kurosawa worked with inherent dichotomies: head and heart, emotion and intellect, idea and craft. Magically, more often than anybody else in movie history barring Ingmar Bergman, he achieved harmony between these opposites. And that is why, to this day, his work inspires filmmakers across the globe, notably Francis Ford Coppola, George Lucas and Martin Scorsese. The latter even played Vincent Van Gogh in Kurosawa’s 1990 film, Dreams—a collection of eight tales derived from the director’s own imaginings.

The frequency with which Kurosawa’s films have been subjected to remake attempts in the West is a measure of the impact his cinema has had worldwide. Martin Ritt parlayed Rashomon (1950) into 1964’s The Outrage, starring Paul Newman. The Seven Samurai (1954) resurfaced in the US in 1960 in the form of a rivetting western, John Sturges’ The Magnificent Seven.

In 1964, Sergio Leone used Yojimbo’s (1961) story of a lone ronin on the loose to craft one of the greatest spaghetti westerns ever, A Fistful of Dollars, with Clint Eastwood playing the Man with No Name. Director Walter Hill cast Bruce Willis in the 1996 Hollywood hit, Last Man Standing, an urbanised version of Yojimbo. From a village in Japan to a rugged Western to a megalopolis under siege, Yojimbo has been half way around the world, riding on its timeless appeal.

His films are marked by an unfailing eye for detail, an evolved sense of style, elaborate framing and slow camera movements, wipes and dissolves that enhance the mood of a story and painterly visual compositions enhanced by the way he choreographed the action. While his cinema is rooted in Japanese narrative and theatrical mechanics, his vision was a condensation of varied international influences.

In Japan, critics often accused Kurosawa of being ‘too Western’, but nobody could question the sheer mastery that he brought to bear upon the way he adapted—or was inspired by—Shakespeare, Tolstoy, Dostoevsky and Gorky.

The Bad Sleep Well (1960) reworked Hamlet in a Japanese corporate setting. Ran drew its plot from King Lear but replaced the daughters with sons in a feudal, period ambience. Throne of Blood was based on Macbeth. Kurosawa also directed film adaptations of Russian literary works, including The Idiot by Dostoevsky and The Lower Depths by Maxim Gorky. Ikiru was based on Tolstoy’s The Death of Ivan Ilyich, High and Low (1963) on King’s Ransom by American crime writer Ed McBain, and Stray Dog (1949) on a detective novel by Georges Simenon. But no matter where he sourced his material from, like a modern-day Shakespeare, Kurosawa made it entirely his own.

In 1982, the year his autobiography, Something like an Autobiography was published, he said: “I like unformed characters. This may be because, no matter how old I get, I am still unformed myself.” Till the day he died in 1998, five years after his last film, Madadayo, Kurosawa did indeed keep evolving. His films, too, possess that abiding, organic quality—they will remain relevant to humanity as long as the medium endures.