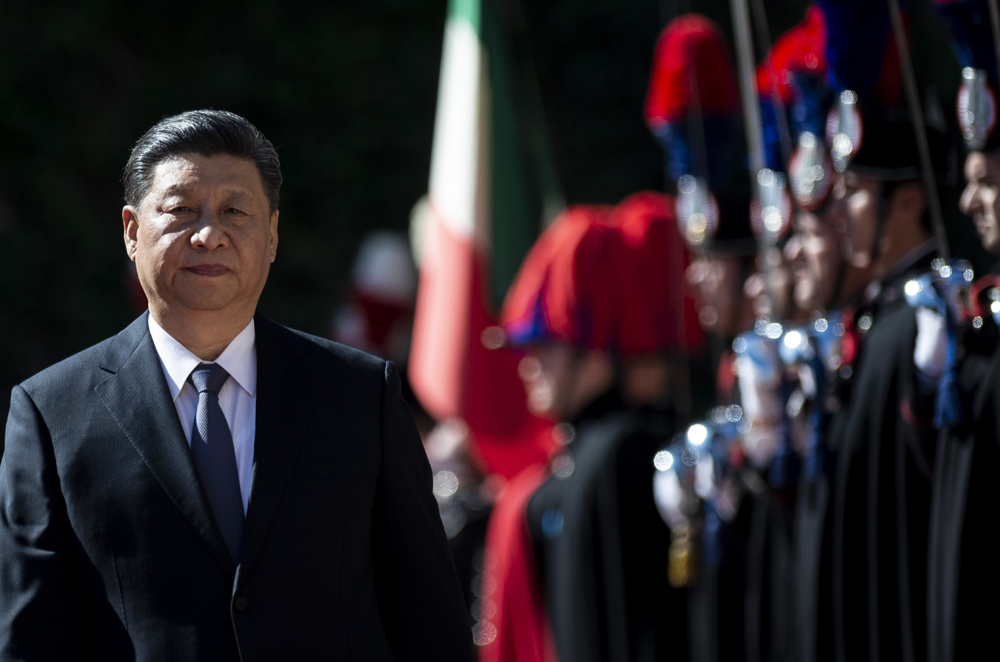 My assessment is that the trigger was a seemingly unrelated development in Washington this June whereby the US Department of Commerce issued an order requiring overseas semiconductor firms that use US technology and equipment to apply for a licence before selling their products to China’s largely state-owned electronics giant, Huawei. The order was targeted at Taiwan Semiconductor Manufacturing Company (TSMC), a Taiwanese chip foundry. TSMC is the largest chip foundry in the world and fabricates chips designed by its civil and military customers. TSMC is Huawei’s main supplier of advanced chips. Without these, Huawei and by extension, China, will have to shut down a large swathe of Chinese industry. China uses 61 per cent of the world’s chips in products it makes for domestic and world markets and in 2018, imported $310 billion of chips. China is unable to manufacture the most advanced chips. One of the reasons being the need for vast quantities of fresh water apart from its relative technological backwardness in this field compared to that of the US.

The only remaining source of fresh water for China is the Indus River and its tributaries like the Shyok River, the Galwan River, the Nubra River and the Chang Chemo River. On May13th, days before the Galwan Valley incident and the US Dept of Commerce’s order, China signed a $5.8 billion deal with Pakistan to rapidly construct the Diamer Bhasha Dam near Gilgit in PoK with a water storage capacity of 8 million-acre feet. This followed the signing of an earlier deal for the $8 billion Bunji Dam, also near Gilgit. Xi has been pressurising Prime Minister Narendra Modi to ensure a trilateral settlement with China and Pakistan over the erstwhile state of Jammu and Kashmir. Xi wanted Modi to agree to some form of Chinese control over the passage of the waters of the Indus and its tributaries through Ladakh.

Modi’s perceived diffidence to commit to such a “deal” involving supping with both China and Pakistan forced Xi to order “intimidation” of the Indian Army by the PLA as the “fourth” step in the escalation matrix of warn, threaten, intimidate, attack and dominate employed by the PLA. The next step of escalation in the escalation matrix will occur if the US Department of Commerce prohibits sales to China of the equipment used to make chips, which comes from companies like Applied Materials, KLA and Lam. There is a distinct possibility of that happening sooner rather than later. China will then have no option but launch a precision guided missile strike against one of the older, less advanced TSMC fabs in Taiwan to send a message they’re serious. China could even announce that they’ll destroy one foundry each week until TSMC agrees to stop selling to the US and its allies and sell only to China. Even if the Chinese destroy all the TSMC foundries in Taiwan, it will still be a net win for them as the US and its allies will not have a ready supply of chips. It’s highly unlikely Taiwan would go to war with China over this. The end result would be that US military and consumer technology would have no advanced foundries, but China would.

Anticipating such a move, last week, the US deployed three carrier battle groups comprising 20 surface warships, submarines and nearly 200 aircraft to the South China Sea to protect Taiwan. The USS Nimitz, the USS Theodore Roosevelt and the USS Ronald Reagan are the carriers deployed.

Both the issues of ensuring control over the waters of the Indus and its tributaries and the prohibition of sales of chip-making equipment to China are now inexorably intertwined in a complex geopolitical matrix that appears to be far from stable. The Trump administration’s negative reactions to John Bolton’s new book about Trump kowtowing to Xi in order to get his help in the US elections by buying more US farm products demonstrates that Trump no longer has the option to stand down from a confrontation with Xi, if he hopes to have a fighting chance against Joe Biden in the US elections in November.

If the US goes to war with China, the Indian Navy, already reportedly deployed close to the Malacca Straits and the Lombok Straits in the Indo-Pacific will be part of the ‘Quad’ blockade that will deny Chinese merchantmen and warships passage to and from the South China Sea.

Xi cannot afford to fail in his attempt to corner the waters of the Indus River and nor can he afford to fail in his attempt to deploy a scorched earth policy and wipe out all of TSMC’s foundries in Taiwan, if needed. Already, a PLA co-owned polysilicon intermediate plant is operational near Kashgar in Xinjiang. The output of this plant will have to be shipped to new chip foundries coming up in either/or PoK or Xinjiang or in both. The die is cast.

There is much speculation about Xi and his close cabal of cohorts being dislodged from power. My guess is that this is at best wishful thinking as of now. Xi’s current choices present him with even less reasons not to go to war as this summer drags along.