Cultural capitalism and the dividends of aesthetics 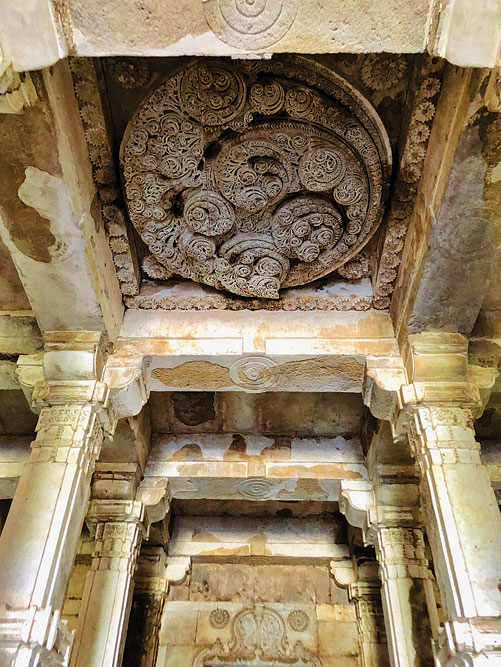 
An investment in beauty is imperative because beauty is an idea that encompasses other ideas, whether they are cultural, societal or a part of aesthetics. The definition of beauty is a continuum; it continues to expand. Beauty is the font of all creativity and it is intrinsically wired to desire. The experience of beauty has an immediacy, but the experience itself is a complex one. There are historical paradigms of beauty which are based on traditional values. These ideas of beauty are passed on from generation to generation and often, the popular perception of it, can become warped over time.

Beauty extends much beyond visual aesthetics. It can take many forms like established values and cultural preferences. Different cultures have different interpretations of beauty because it is relevant to different perspectives. All traditions are subject to particular geographies, histories, levels of education, wealth and experiences.

What and whom we define as beautiful is in many ways a reflection of our own values. To invest in beauty in any form, an adequate knowledge of the past is essential, so that our present is contextual and is rooted in reality. Tradition is a testimony of our past. To know it is to invest in what we, in the present, consider beautiful. It is subject to evolving values and belief systems and to incremental knowledge.

Beauty is interconnected to everything and to everyone. It is universal. There can never be a shortage of beauty because it is found everywhere in nature and is intrinsic to the human experience and human consciousness. An investment in beauty enables one to interpret the true and absolute world.

It is widely recognised that the two most beautiful expressions of the human spirit are science and spirituality. It is their beauty which should be the basis for our harmonious co-existence. When that harmony is disturbed, it spews up the ugly and the discordant. Only beauty can restore the balance.

An investment in beauty can take many forms. Cultural heritage, whether tangible or intangible, is perhaps the most relevant investment. To invest in its preservation is essential. Different cultures and generations are conditioned to see beauty through their own unique lens. Therefore, the loss of cultural identity is irreplaceable. It is that identity, inherited from its past generations, that represents its particular traditions, histories and ethical values that form its racial memories.

For an investment in beauty it is important to recognise the essentials of cultural pluralism. It is only the recognition of multiple identities, where different traditions co-exist, that contributes to the development of humane ideals. This is so true for a country like India with its syncretic culture, assimilated over millennia.


A thousand lotuses are carved within the coffers of the 16th century CE main prayer hall of the Jami Masjid, in the 7th century CE world heritage site of Champaner-Pavagadh, an earlier capital of Gujarat. These lotuses, carved by Hindu craftsmen for an Islamic mosque, are a living testament to the syncretic culture of India’s great civilisational diversity (from ‘Kala’, edited by Sunita Kohli, second edition for Jaquar 2020)

I have always believed that beauty is not a commodity. It goes beyond the desire to possess art and artefacts. Instead, an investment in beauty should be an investment in ideas and ideals and the beauty that comes from knowledge, experiences and travel within and outside of our own borders. This is what adds to our visual vocabulary and develops in one an educated eye that creates one’s own museum of the mind.

I am an interior designer, ‘an interpreter of dreams’. My profession deals in the creation of beautiful spatial concepts and the collection of beautiful art and artefacts. But, paradoxically, that alone cannot be an investment in beauty. Beauty extends much beyond possessions. Perhaps, the beauteous aura of a space, imbued with peace and harmony is the true investment. Beauty cannot be defined by mere ownership of the physical.

For this investment it is imperative that inter-generational and cross-cultural dialogues are strengthened. Craft skills that have been learnt over generations and that have often taught us sustainability be duly recognised and dignified. Our master craftspeople, working across different mediums, and our master-weavers, must be acknowledged as ‘national treasures’. Even a seemingly simple product, like a handmade book, is a collective process. This investment in the cultural mindset is the most important factor that can intellectually and morally uplift a society. This is truly an investment in beauty.

Today, globalisation is the buzzword, but this is not a uniform phenomenon. It goes beyond geographies. Globalisation is the movement of ideas and values that move across the planet and may be accepted, rejected or mutated into other ideas. It can also return to its original source and influence those values systems that were the essential dynamics of beauty, as understood in that part of the world. I personally think that homogenisation goes against the tenets of true beauty.

This does not imply that there should not be any critical thinking and comparative studies. These are essential to intellectual growth and for the fermentation of new ideas. For this, a good education is essential—an education based on understanding, acceptance and of listening to the other. This alone prevents societies from becoming insular, but instead teaches us to build bridges and to engage in dialogues. Education is an essential investment in the appreciation of beauty. It opens the windows of our minds to newer perspectives and helps us to evaluate the nuances of different interpretations. Shared knowledge is a value that always bears collective fruition. Today, it is increasingly important to understand different transcultural perspectives. Digital platforms steadily impact our daily lives. Therein lies the value of a good education. It can help us to self-evaluate and draw correct comparisons with other cultures. Through it we can mutually learn from each other, while retaining the essence of our own way of life. This is so true in a profession like mine.

We have been a country that was hugely impacted by our own recent past history of colonisation whereby we had largely and mentally rejected our own great traditions of art and architecture. This was the premise of Edward Said’s Culture and Imperialism, where he argued that the coloniser not only colonised us in geographical terms but also colonised our brains. As designers and architects, it is only now, in the past few decades after the liberalisation of the early 1990s that we have developed a renewed self-confidence in our own heritage and realised and given cognisance to the beauty of our own indigenous art and architectural forms. We are now proudly establishing our own Indian identity and celebrating ‘the vernacular’, without its pejorative connotations.

Leonardo Bonacci (Fibonacci) believed that calculation was an art form which was a ‘marvellous thing of beauty’. The ‘Golden Ratio’ is a unique mathematical relationship. The ‘Fibonacci Series’ is actively used today by many architects

Leonardo Bonacci (Fibonacci) of the 12th century CE, believed that calculation was an art form which was a ‘marvellous thing of beauty’. He considered appealing the art of calculation, made possible with Hindu-Arabic numerals, because their use facilitated ‘the creation of harmonious, orderly and proportionate dimensions.’ This ‘Golden Ratio’ is a unique mathematical relationship. Some architectural examples, among many, are the Taj Mahal in Agra, the Cathedral of Notre Dame in Paris, the Parthenon in Athens and the Pyramids of Giza in Cairo. The ‘Fibonacci Series’ was also extensively used by iconic designers like Carlo Scarpa and is actively used today by many contemporary architects. Of course, the ‘Golden Ratio’ is inherent in Nature, in the form of flower petals, pinecones, tree branches, sea shells, spiral galaxies, et al. It is well-known that Antoni Gaudi designed his iconic spiral staircase in Barcelona, inspired from the spiral found in the cross-section of a Nautilus shell. As he famously stated, “Nothing is art if it doesn’t come from nature. The straight line belongs to men, the curved one to God”; and that “Nothing is invented, for it’s written in Nature first.”

In India, ‘Vastu Kala’, or the science of architecture, was introduced in the 1st century CE, to create harmony between man and the elements. This led to the creation of beauty, such as seen in many Hindu and Buddhist temples like the Meenakshi Temple in Madurai and the Shiva Temple in Badami. Vastu-Kala was also used in the construction of the temples in Angkor Wat in Cambodia.

Beauty is all-pervasive and its effect can be intoxicating and emotive. When beauty registers in the motor nuclei of our brains, it leads to the release of the hormone serotonin that creates happiness and a sensation of positivity. Indian culture has, for millennia, understood the importance of beauty and the importance of engaging all the five senses in a single act of appreciation. For instance, in dozens of Rajput and Mughal miniatures, we see noblemen holding a flower. That was not considered effete, but was illustrative of an involvement of the olfactory senses, appreciating the beauty of scent and its effect on our mental well-being.

India is an excellent example of historical inter-culturality that came in through the various Silk Routes and Spice Routes. These interactions had a huge influence on Indian art, architecture and cuisine, to name only a few disciplines. They also contributed to the richness and diversity of India’s gene pool. An example of this can be seen in the Mathura Museum, in the exquisite Gandhara sculptures of the Kushan Period dating from the 1st to the 5th century CE; and the superb architecture and arts of the Mughals. Both are examples of deeply assimilated art forms that became distinctly Indian in their identity. In South India, the art and architecture of various dynasties was also impacted and influenced by the cultures of other parts of our large subcontinent and by the international trade of those times. The result of this interconnectedness is the beauty inherent in the regional diversity in India, across all tangible and intangible forms of art.

India has also had a great tradition of orally transmitted knowledge. For example, the narratives in our great epics, in their many forms, are known across the length and breadth of this country, by both literate and illiterate people. The same is true of many craft traditions. An investment in the beauty of sustaining such cultural art forms is important. These represent the ‘living heritage’ of many communities throughout India.

An investment in beauty is an investment in self and self-awareness from which, logically, comes selflessness and our humanism. Culture gives us the ability to reflect on ourselves. This is what makes us rational and ethically committed people. Only through culture can we perceive values and make choices. Through it we are able to express ourselves, become aware of ourselves and question ourselves about the meaning of our own existence and our role on the planet which should ideally be the service of our fellow human beings.

We must invest to keep intact the beauty of our multiple identities. To quote Dostoevsky from The Idiot, ‘Beauty will save the world’.