A Tale of Three Vaccines 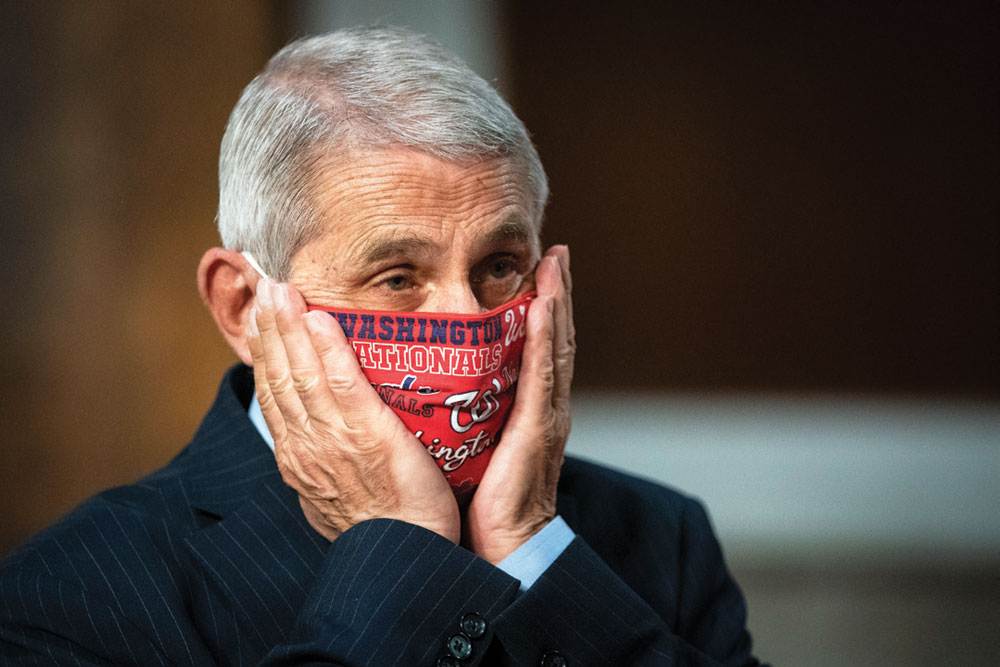 Rarely have four words generated such excitement and expectation as the short tweet above. The tweet on Sunday, July 19th, from Richard Horton, editor-in-chief of Lancet, a UK-based medical journal, referred to the release of clinical trial results of two separate Covid-19 vaccines—the Oxford/AstraZeneca vaccine (called ChAdOx1-nCov19) and the CanSino Biologics vaccine (called Ad5-nCoV19).

With over 14.7 million confirmed cases and over 0.6 million deaths globally as of July 20th, vaccines are being viewed as an important tool in the fight against the Covid-19 pandemic. With over 170 different vaccines in various stages of development, and with over 35 vaccines in human clinical trials, this is a jubilant celebration of science and the culmination of years of hard work towards the development of suitable vaccine platforms.

A vaccine is a substance that resembles the disease-causing agent (in this case, the SARS-CoV-2 virus) but does not cause disease. It trains the body’s immune system to recognise and kill the virus, and create a memory for the future. There are multiple ways to make vaccines. These include whole viruses, which are either killed with chemicals (inactivated vaccines) or weakened in some manner to not cause disease (attenuated vaccines). Protein-based (subunit) vaccines use the purified surface protein of the virus. These and other proteins can also be produced inside the body by using DNA or RNA (genetic) vaccines, or by using other viruses as ‘trojan horses’ (viral vector) to deliver vaccines.

Vaccines require extensive development and testing before they can be used on large population groups. The testing is broadly divided into pre-clinical (or animal) and clinical (or human) testing. The human testing is done on volunteers and in stages—Phase I tests safety and dosage in a few people; Phase II repeats safety and sets dosage for larger groups of people; and Phase III involves large-scale efficacy testing whereby those receiving the vaccine (or placebo) are allowed to get naturally infected. At each stage, an independent monitoring team tracks the trial. An independent national regulator reviews the data to allow progression and gives the final approval. Thereafter, a vaccine can be licensed for public use. While this process used to take years, testing timelines have been compressed significantly during the pandemic by conducting multiple development tracks in parallel.

Vaccines work by developing two types of immunity. Humoral immunity is based on antibodies produced by B cells, which bind the virus to prevent its entry into cells and thus limit its multiplication. Cellular immunity, which is based on T cells, helps develop more robust and long-lasting antibodies as well as killer T cells. The latter seek out and destroy virus-infected cells.

The past week saw publication of results from clinical trials of three different Covid-19 vaccines.


With over 170 different vaccines in various stages of development, and with over 35 vaccines in human clinical trials, this is a jubilant celebration of science and the culmination of years of hard work

On July 20th, Lancet reported on the Oxford/AstraZeneca vaccine, which uses the common cold adenovirus from chimpanzees, modified to not cause disease in humans, to produce the Spike (or S) protein of SARS-CoV-2. This is the major protein covering the virus surface and binds to the cellular receptor (called ACE2) to allow the virus to enter cells. The Phase I/II randomised clinical trials used a single injection of either ChAdOx1-nCoV19 (vaccine group) or a licensed vaccine against bacterial meningitis (placebo group) in 1,077 healthy adults (age 18-55 years) at five centres in the UK. The vaccine was safe and well-tolerated, and neutralising antibodies were observed in the blood of over 90 per cent of the volunteers for the entire 56-day observation period. A small group of 10 volunteers also received a booster dose, which was well-tolerated and showed a strong neutralising antibody response. All participants receiving the vaccine showed T cell responses against the S protein.

The Oxford/AstraZeneca vaccine is currently in Phase II/III in the UK and in Phase III trials in Brazil and South Africa. AstraZeneca has partnered with nine companies globally with a commitment to produce 2 billion doses of the vaccine. One of these is the Pune-based Serum Institute of India, which has committed to produce up to 1 billion doses for India and GAVI, a global vaccine alliance that provides vaccines to the poorest countries. Clinical testing for this vaccine will start in India by August of this year. These steps auger well for global access to this vaccine.

The Lancet of July 20th also published results from Phase II trials of the CanSino Biologics vaccine. This uses a human adenovirus called Ad5, which is incapacitated to multiply in human cells, to express the S protein. The Phase I trial results for this vaccine were already published earlier (Lancet, May 22nd). In this Phase II study, 508 unexposed volunteers (age 18-83 years) in Wuhan, China were randomly divided across three groups, two of which received the vaccine at1x10e11 and 5x10e10 viral particles, respectively, and the third group received a placebo. The vaccine was well-tolerated, with 85 per cent of the volunteers developing neutralising antibodies and over 90 per cent developing T cell responses to the S protein for the 28-day observation period. 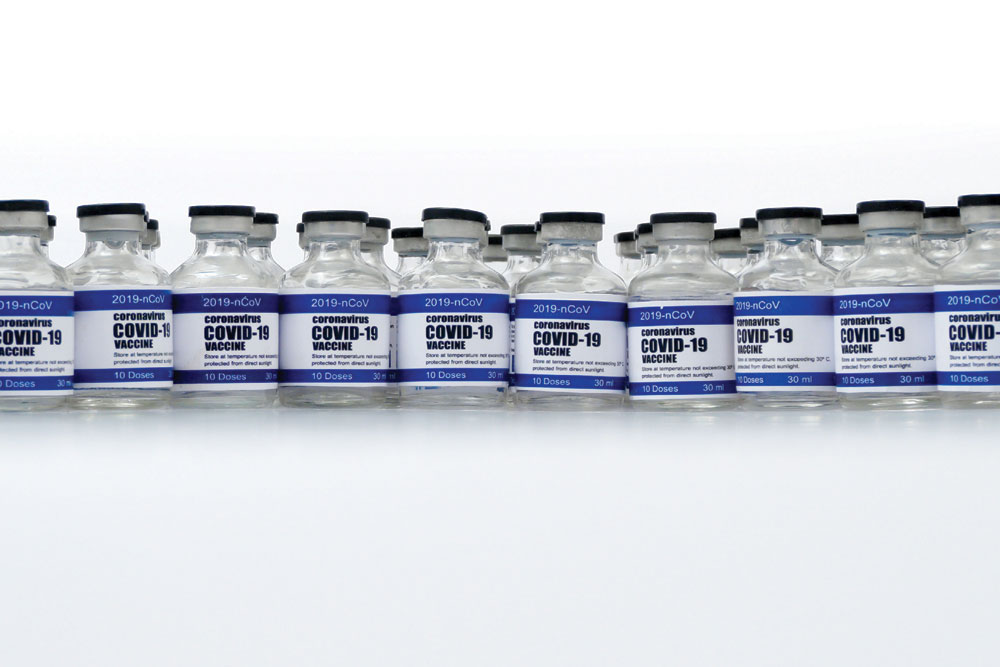 On July 15th, the results of another vaccine trial were published in the New England Journal of Medicine. The mRNA-1273 vaccine from Moderna, a US biotechnology company, was the first to be administered on humans. It contains a messenger RNA (mRNA) for the S protein encapsulated in a lipid (or fat) nanoparticle. Its Phase I results in 45 volunteers (age 18-55 years) at three different doses of 25, 100 or 250 micrograms showed the vaccine to be generally safe and well-tolerated, except for some adverse events at the highest dose. After two vaccinations, all volunteers developed neutralising antibodies and T cell responses. With a fast-track development pathway, the company has moved into Phase II trials on 600 volunteers split in two groups of 18-55 years and 55-plus years of age. It is also recruiting 30,000 volunteers for its Phase III testing.

The Zydus Cadila vaccine candidate, ZyCoV-D, is a DNA expressing the S protein, developed with support from the Department of Biotechnology, Government of India. Its Phase I includes 48 volunteers across four groups in a randomised, placebo-controlled and dose-escalating study. The Phase II testing would have similar design and would include 1,000 volunteers. The Bharat Biotech vaccine candidate, Covaxin, which is being developed in partnership with the Indian Council of Medical Research, is a killed viral vaccine. On July 15th, the company initiated Phase I trials on 350 volunteers located at 12 trial sites across India. The volunteers were distributed across four groups in a randomised, placebo-controlled and dose-escalating study. Phase II, with similar design, would use 750 volunteers. Both ZyCoV-D and Covaxin trials are expected to be completed in about three months.

What must one look for in Covid-19 vaccines? There is general consensus on the following questions. Do people develop immunity? If yes, how long does the immunity last? What kind of immune responses must developers look for? How do we know if a vaccine is likely to work? Will it be safe to administer to large populations?

Clinical research, especially longitudinal studies in which patients are followed post-recovery, can answer some of these questions. Though neutralising antibodies seem to get depleted in patients in about four months post the onset of symptoms, studies have shown longer-lasting T cell responses in people exposed to not just SARS-CoV-2, but also SARS-CoV (in 2003) and in a subset of people with no history of SARS or Covid-19. This presumably comes from exposure to the common cold coronaviruses, and bodes well for a memory response following another exposure. It is hoped that some vaccine candidates would behave similarly, but that would involve longer-term tracking, testing and analysis. So far, such due diligence on vaccines has not been possible due to the short follow-up of volunteers in accelerated clinical trials.

Though encouraging, results from these recent clinical trials also reveal gaps. The Oxford/AstraZeneca and Moderna vaccines have so far been tested primarily on Caucasian volunteers, and the CanSino Biologics vaccine was tested only on volunteers in Wuhan city. Besides gender, ethnic and geographic diversity of test populations are crucial before a vaccine is approved for public use.

There are scientific challenges as well. The adenovirus platform has so far been licensed for just one human vaccine, for Ebola, and that too only in July. Much remains to be learned about the efficacy of these vaccines, especially those that use the adenovirus 5 backbone, such as the CanSino Biologics vaccine. A very large portion of the world population has already been exposed to this common cold virus and carries antibodies and memory to it. How this would impact repeat injections and long-term efficacy of the vaccine is not understood. Similarly, no vaccines that use genetic platforms, such as the Moderna (mRNA) and the Zydus Cadila (DNA) vaccines, have so far received licensure for human use. The Bharat Biotech killed viral vaccine is a known and tested platform. However, careful studies are required to understand antibody responses to antigens in killed viral vaccines. Experience from the Respiratory Syncytial virus killed vaccine that led to the death of two toddlers in 1966 serves a cautionary note.

Manufacturing capacity and access would be the other challenges, and these require global cooperation. Dr Francis Collins (Director, National Institutes of Health, US) and Dr Anthony Fauci (Director, National Institute for Allergy and Infectious Diseases, US) recognised this when they wrote in the journal Science on May 29th. ‘The ability to manufacture hundreds of millions to billions of doses of vaccine requires the vaccine-manufacturing capacity of the entire world,’ they wrote. ‘Cost, distribution system, cold chain requirements, and delivery of widespread coverage are all potential constriction points in the eventual delivery of vaccines to individuals and communities. All of these issues require global cooperation among organizations involved in health care delivery and economics.’

Global vaccine manufacturing capacity stands at about 8 billion doses annually, which includes all the childhood and seasonal flu vaccines. How much Covid-19 vaccine would be needed will depend upon the doses it takes for reasonable immunity and the levels at which herd immunity can be achieved. For 60 per cent vaccine coverage and two doses, we are looking at 9 to 10 billion doses to achieve herd immunity. There may not be enough vaccine for everyone for a few years, and this will lead to access challenges.

The issues notwithstanding, this is a time to reflect on the value of science and the return on investments made in research. There cannot be a better example of this than how the world has responded to Covid-19 by developing and testing vaccines at pandemic speed.

Let this not be forgotten when Covid-19 is behind us.

Shahid Jameel
Shahid Jameel is a virologist and Director of the Trivedi School of Biosciences, Ashoka University