The Cup of Convergence 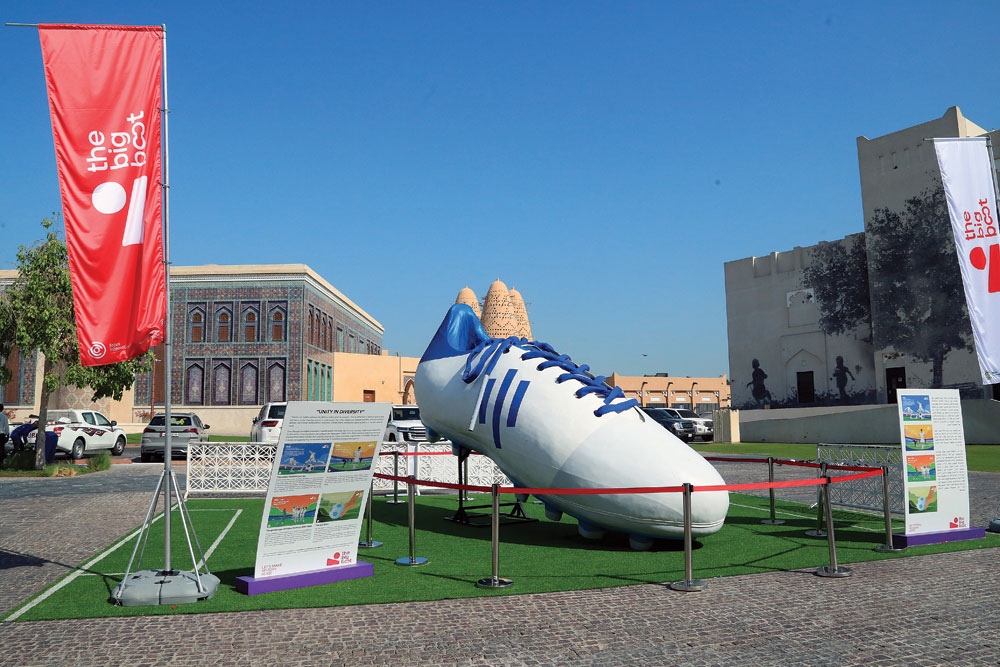 
WHEN I WAS 10, IN 1980, MY FAMILY MOVED FROM THE Netherlands to California for a year, for my dad’s job. Obviously, the first thing I did was join a local football team. Joy of joys: for the first time in my life, I was the best player. I’d grown up in what was possibly the world’s most advanced football culture—the Netherlands in the 1970s made two World Cup finals running—and every Dutch boy I played with had known how to position himself, to pass into space, and to close off space when we didn’t have the ball. We didn’t only learn that from our coaches. It was in the air: everyone around us, the players on Dutch telly, the kids kicking a ball on the street, understood football. In the US, hardly anyone did. American kids didn’t understand the geometry of the field. I had a wonderful time in California.

Heading into the World Cup in Qatar, I find myself thinking back to that year. Bizarrely, over four decades later, the gap between Western Europe and everywhere else persists. I had expected that the US and Japan, in particular—two big, rich countries with loads of people playing football—would have caught up by now. They haven’t. Even in a World Cup in Asia, the Asian and other non-European teams will probably play their traditional role of cannon fodder. As for India: in the updated new edition of our book Soccernomics, Stefan Szymanski and I name it as the world’s most underachieving football nation. I’m sorry; please let me explain.

Western Europe’s grip on World Cups is almost absurd. The region has just 5 per cent of the global population, yet its teams have won the tournament four times running, a feat no other region had managed before. Four different countries won those trophies, showing the region’s breadth. And three other small Western European countries—Belgium, the Netherlands, and Portugal—reached the top three in one of those World Cups.


I used to think the rest of the world was catching up with the Europeans. At the World Cup of 2002, the US very nearly reached the semi-finals and South Korea did. When Stefan and I published the first edition of Soccernomics in 2009, we subtitled it, “Why the US, Japan, Australia, Turkey—and Even Iraq—Are Destined to Become the Kings of the World’s Most Popular Sport.” So far, we have been wrong.

So why has Western Europe remained supreme? The region’s unique selling point is its networks. In contrast with the rela­tively isolated US or India, Western Europe today is probably the most interconnected region in history. I live in Paris. Often, once the kids have gone to school, I’ll travel three Metro stops to the train station, where I’ll catch the two-hour-fifteen-minute Eurostar train to London. By mid-morning, I’ll be having coffee with someone there. From Paris, I can reach about 20 countries by train or plane in a couple of hours, almost all without visas.

Thanks to these networks, Western Europeans constantly exchange ideas across borders, in football as in other sectors. After Napoli beat Liverpool, for instance, Liverpool’s German coach Jürgen Klopp and his multinational staff and players think: What are they doing better than us? How can we steal their ideas? In this way, all leading European teams copied Bar­celona’s pass-obsessed youth academy and ended up producing their own Barça-type players. Knowledge transfer in Western European football happens at every training session and match. So, the region’s football progresses almost month by month, while non-European leagues stagnate.

CONSEQUENTLY, TEAMSFROMOTHERCONTINENTS cannot match the speed of passing and pressing of the best Europeans. After the Dutchman Dick Advocaat managed South Korea at the 2006 World Cup, he lamented: by the time his players had got used to the European teams’ pace, it was already halftime.

All that most non-European teams have achieved is increased basic competence. My co-writer Szymanski, together with Melanie Krause from Hamburg University, mapped this through two statistics: average goal difference and average win percentage (counting draws as half-a-win) from 1950 through 2014, averaged over four-year World Cup cycles.

The main finding: if your national team started off underper­forming, it was likely to get better, regardless of when and where you were in the world. Global standards have slowly converged. The poorest non-European countries have improved fastest: they have got fitter, learned to defend, and no longer lose 10:0. Their best players benefit from participating in World Cups in all age groups, and moving to stronger leagues abroad. Coaches can absorb some of the knowhow broadcast worldwide almost every evening on TV. Migrant European coaches in Asia and Af­rica help execute the knowledge transfers. A developing country can improve its football just by copying the training and tactics of leading countries.

However, developing countries have stalled before fully catch­ing up with the best Europeans. The Africans peaked in about 1990, then plateaued. (With hindsight, Cameroon’s thrilling run to the World Cup quarterfinals in 1990 was the end of Africa’s rise, not the start of it, as most people thought at the time.) The North and Central Americans stalled early this millennium. Only the Asians still seem to be getting very slightly better.

Western Europe’s grip on world cups is almost absurd. The region has just 5 per cent of the global population, yet its teams have won the tournament four times running, a feat no other region had managed before

What explains non-European stalling? The problem is that in football as in every other sector, once a certain minimum of catch-up has been achieved, you need to become innovative. You see this in business, where the greatest wealth goes to innova­tors (in today’s world, think Apple, Google, Amazon, Infosys, Meta, and Tesla).

In football, teams from Asia, North America, and Africa have replicated some of the basic organisational patterns developed in Europe and South America. But the exciting new tactics (think of German “Gegenpressing”) still emanate from Western Europe.

India, though, hasn’t even taken the very first step. “Sleeping giant,” the standard term for Indian football, feels too polite. The country’s failure on the field seems odd given its venerable football history. In 1951, India won gold in the first Asian Games in Delhi and in 1956, came fourth in football at the Melbourne Olympics. The 1950s and 1960s are known as Indian football’s “golden era,” says Nikhil Paramjit Sharma, author of India’s Football Dream.

But India just then was isolating itself from the world. Near-autarky doesn’t just keep you poor; it also makes you bad at the in­ternational game. Indians barely ever saw the world’s best football, let alone played against it. While the country was sealed off, India’s cricket team became a rare source of national unity. That itself was a mark of Indian isolation: elsewhere, cricket has usually faded after other sport arrived.

Indian soccer is now finally rising, boost­ed by TV broadcasts of England’s Premier League, in particular. More people are start­ing to play, too, often in English or Spanish team tops. Ever more Indian football coaches are being trained and certified. And the na­tional team’s results have improved: India now ranks 106th in the world, only one spot ahead of tiny Kosovo, yet up from its long-term average ranking of 130th.

But, adds Sharma, Indian players and coaches still get too little football. The Indian Super League’s season only lasts four or five months, and features just 22 professional clubs, compared with the several hundred in the top divisions of much smaller Europe. And when India hosted the Under-17 World Cup in 2017, its team’s players had only played about 100 official games each in their careers, compared with nearly 700 for the visiting English.

For now, Indian soccer remains dreadful. For Soccernomics, we developed a model to calculate the relative over or under­achievement in international football of every country on earth. The most telling variable in the model is national football expe­rience, which we measure by the number of games a country has played in its history. Having twice the international experi­ence of your opponent is worth 0.45 goals per game (or about four to five goals per 10 games). The other two factors in our model—average income and population size—are less important. Having double the income per person of the opposing country is worth about an extra goal every 12 games. Having double your opponent’s population is worth very little: roughly one goal every 33 games.

In other words, the main secret to win­ning football matches is having a long foot­ball history. Size matters much less. This is why the Portuguese and Croats win more than the inexperienced China and India.

Yet even so, India should be doing much, much better. Our model says that India, rela­tive to its population, soccer experience, and national income, scored 1.3 goals a game less than it should have in the decade of the 2010s. We make that the biggest under­achievement of any country on Earth.

For Indian football, the only way is up. Longer term, the dominance of little Western Europe still looks unsustainable. But then we called catch-up once before, and got it wrong. We still think it will happen one day, but we’re no longer specifying in which century.

Simon Kuper
Simon Kuper is one of the world’s foremost writers on football and a columnist with The Financial Times. His books include, among others, Football Against the Enemy; Soccernomics; The Football Men; and Barça: The Inside Story of the World’s Greatest Football Club