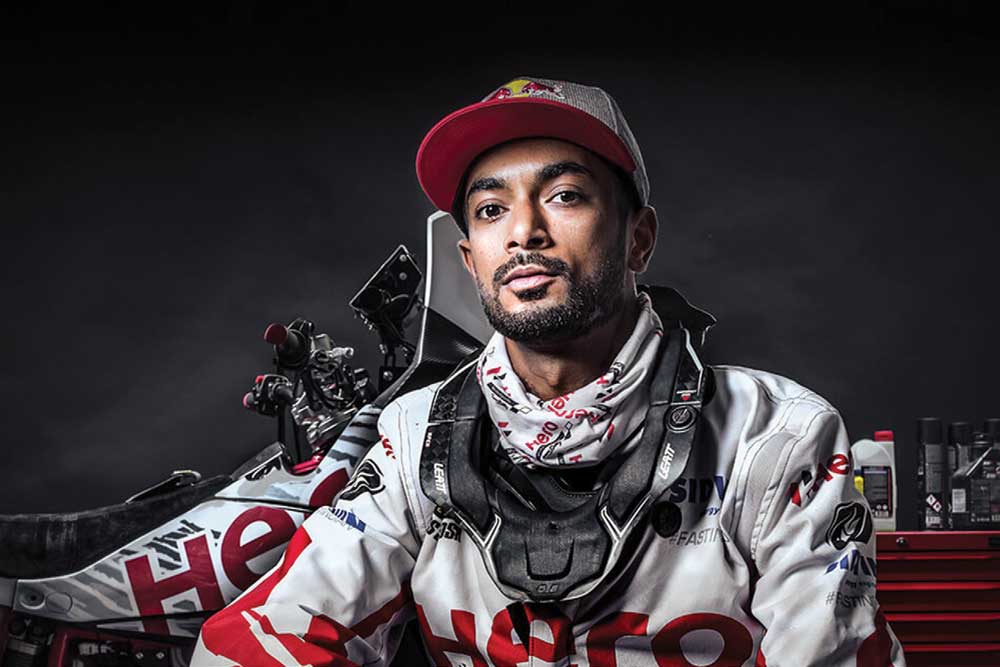 CS Santosh’s biggest lowpoint was in 2013 when during a race in a desert of Abu Dhabi his bike exploded, engulfing him in flames that even melted his helmet. But his third degree burns didn’t deter India’s off road biking champion from returning to the sport with renewed vigour upon recuperation. Indeed, since then he has successfully participated four times in the strenuous Dakar rally, to which only the world’s best are invited. In India, he continues winning most of off-road competitions, a victory list that lengthens by the year. As a country, India tends to offer very little encouragement or support to this sport. Santosh’s extraordinary achievements nonetheless have made him an inspiration for those who dare to take on the most challenging terrain.