Coping with the worst tragedy in memory 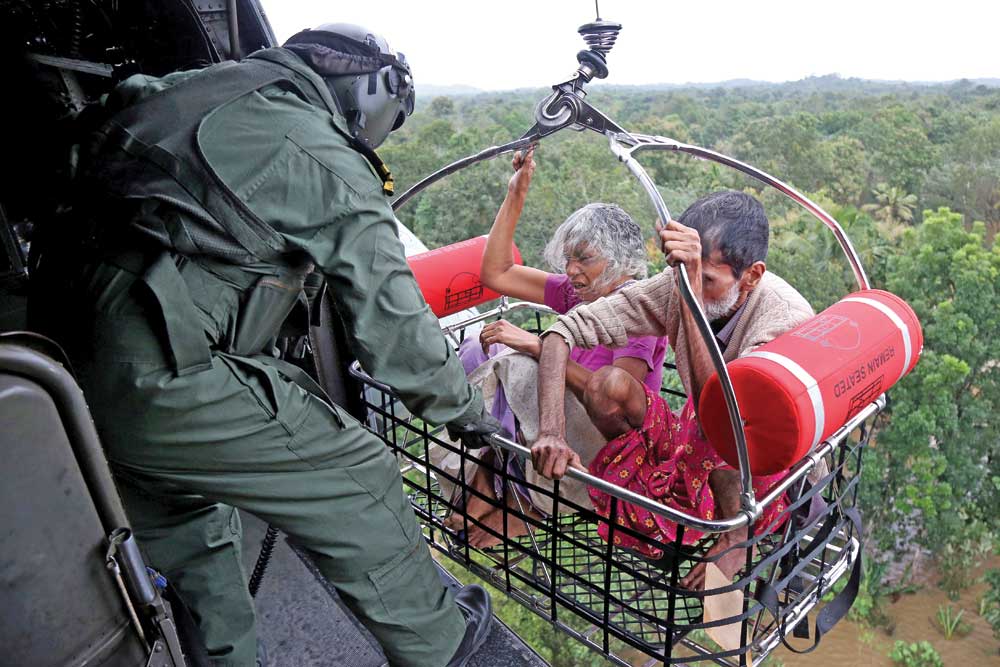 In Kerala, most of us had often heard tales of the great flood of 1924 when the Periyar flooded in the month of July. But the story was as distant as a fairy tale. The idea of the river coming to take over entire towns was beyond the realm of imagination. But it did. The state has over 40 rivers and almost all of them overflowed when shutters of 33 of its 39 dams had to be opened this August because their reservoirs were at danger levels after incessant rains.

In many places, rivers changed course and swallowed entire plains abutting it. Cities, towns and villages, all got inundated. Buildings, houses, bridges and commercial establishments were all engulfed. Hundreds of thousands were stranded with no food or drinking water. According to official figures, the flood has so far claimed a little under 250 lives. A total of 3,234 relief camps had to be set up across the state for 1,028,000 people displaced by the waters. Almost 20,000 houses are damaged and 37,275 hectares of agricultural land submerged. Crop losses are estimated at Rs 604 crore. Altogether, the state has been hit by a revenue loss of Rs 20,000 crore.

This year’s monsoon began as usual on May 29th. Gradually, the rainfall intensified until it had reached record proportions in many places, especially in Idukki district, the reservoir capital of the state. In the second week of August, the rain returned with unusual and relentless fury. It led to a series of landslides along the Western Ghats. Bursting reservoirs in the higher reaches had to be relieved. On August 9th, the Cheruthoni dam’s gates were opened for the first time in 26 years. The Idukki reservoir, however, saw its levels rise and rise under torrents coming in from its catchment area. In the meantime, other big and small dams had to release water into rivers. Waters let out from Malampuzha dam gushed down to swallow all of Palakkad town, the worst deluge in its history. Buildings were filled with water up to their first floors, forcing people above.

Towards the north, the state’s Malabar region—Malappuram, Kozhikode and the hilly Wayanad—was hit by multiple landslides, turning the waterflow even more erratic. Besides the Idukki reservoir, when waters from other smaller dams had to be released into the Periyar, major towns and villages of Ernakulam and Idukki districts located on its banks got submerged, mostly on the eastern side of the river. Idukki district, where the river originates, was the worst hit. Munnar, one of the most popular tourist destinations, was cut off from the rest of the state. Further south, the rivers Pamba and Achankovil burst their banks and swallowed Pathanamthitta district, including the entry portal to the Sabarimala temple.

The situation went out of control rapidly. In the initial hours of the flood, there was chaos. People climbed up to the second floor of their homes and then to the terrace for safety. Many succumbed to the fast-rising waters. Hundreds and thousands of SOS messages were sent. Social media exploded with frantic requests for help from those marooned. Here is a sample of the calls that I attended to while at the Disaster Response Cell at the Ernakulam Collectorate:

• “We are 15 here. There are pregnant women and old people among us. The water level is rising above the second floor. We are on the terrace now. Please save us.”

• “Around a thousand people are stranded in this building. A pregnant woman suffers from labour pains. Please save her, save us.”

• “One small child is dead. There are women and kids. We are neck- deep in water. Please help.”

Desperate for news, family members living outside the state began to call whatever number they could get—control rooms, helplines, media persons, politicians or anyone else who might have been able to provide relief. Those in unaffected areas started Facebook pages sharing rescue requests. Hundreds and thousands of people across the world participated in this, Malayalis and non-Malayalis alike. Online help desks worked day and night in places like the UAE, helping coordinate rescue efforts and supplying workers in the field with information. After August 15th, squads of Kerala’s fishermen community embarked on large-scale rescue missions. Hundreds of fishing boats were brought in by trucks up to the edges of flooded areas, and teams of fishermen fanned out into engulfed cities and villages. According to a special officer for disaster management in Pathanamthitta, more than two-thirds of the flood victims were rescued by fishermen. This ‘Fishermen Army’ worked under the direction of Fisheries Minister J Mercykutty Amma. If the death toll has not yet crossed 300, it is largely because of the exceptional dedication shown by them.

The Army and Navy also played their part. Inclement weather and the state’s difficult geography hampered airlifting operations, and choppers had to be used mostly for the dropping of relief supplies of food and other material. Some critics say that the number of Army personnel, vehicles and choppers sent to Kerala was not enough. By the official data, 26 helicopters earmarked for rescue and relief operations flew 364 sorties, rescuing 574 civilians.

In the midst of the calamity, Kerala set an example of unity in the face of calamity. The number of people volunteering to help out grew larger by the hour in a vast outpouring of compassion. Even school students played their part in contributing to a campaign for the Chief Minister’s Disaster Relief Fund. One woman who had no cash donated her earrings. Sixteen-year-old Swaha VS and her brother Brahma sought their father’s permission to donate 100 cents of land worth Rs 40 lakh owned by them. Their father Sankaran happily agreed. He says he has ten acres and contributing one acre is not a big deal. A migrant worker, Vishnu from Maharashtra who makes a living by selling blankets in Kerala, walked into a relief camp and handed over all 50 blankets he had. Later he told the media that Kerala is the place of his livelihood and he couldn’t bear to see its people suffer.

The Central Government’s assistance was found wanting. The overall losses were initially estimated at Rs 8,000 crore and the state requested immediate assistance of Rs 1,220 crore, of which Rs 820 crore was an allotment for floods last year that had not yet been disbursed. In response, the Centre declared an aid sum of Rs 100 crore. Later, when Prime Minister Narendra Modi visited Kerala, he upped the offer to Rs 500 crore. So far only Rs 80 crore has been handed over and the rest is still on paper. According to the Chief Minister’s Office, Kerala has so far received Rs 309 crore for the Chief Minister’s Distress Relief Fund and there is an offer of an additional 160 crore. The UAE, which has a large Malayali population, offered Rs 700 crore and its Vice-President Sheikh Mohammed urged his people to extend a helping hand to Kerala. ‘The state of Kerala in India is currently witnessing huge floods, the most devastating in a century. Hundreds have been killed, hundreds of thousands have been displaced. Ahead of Eid Al Adha, do not forget to extend a helping hand to our brothers in India,’ he tweeted. But there are reports that the Centre may refuse to accept the UAE’s aid, since there are regulatory hurdles in the way. The Centre has also refused the state’s demand to declare this a ‘national calamity’. Union Minister KJ Alphons, who is from Kerala, embarrassed himself by saying the state doesn’t need food and clothes but skilled workers like electricians and plumbers. The state has no dearth of such workers. Trade unions of plumbers and electricians have offered free services in any part of the state for the reconstruction of damaged houses. The Malayali social media sphere is replete with protest messages against the Centre.

While all this could work against the BJP in Kerala, a party that is trying to break into the state’s electoral politics, other political parties showed exemplary unity in their response to the flood. The Congress-led opposition didn’t try to score opportunistic political points against the ruling CPM. Chief Minister Pinarayi Vijayan of the CPM was accompanied by the Assembly’s Leader of the Opposition Ramesh Chennithala of the Congress on his aerial surveys of flooded areas. The political quarrels came later.

Fishermen are still out on their boats, searching every nook and corner of flooded villages for survivors. The rest of the state is now engaged in relief operations. Kerala will be back on its feet soon, by the look of it, for its people know how to join forces in the face of adversity.

Ecological Lessons
After the Deluge
The river never forgets 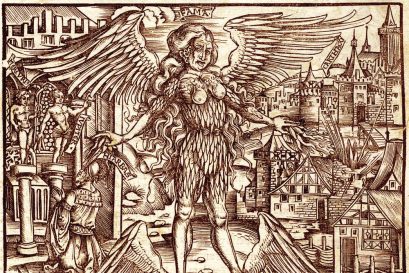 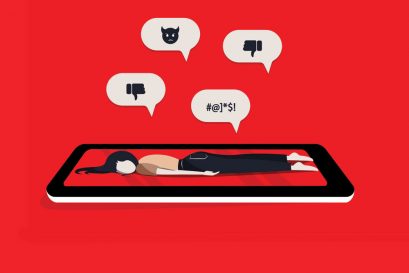 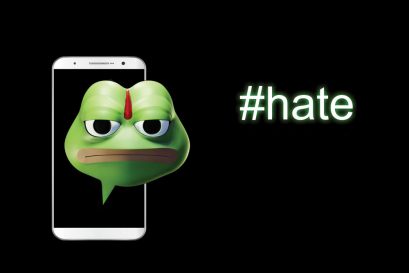