When It’s a Fashion Statement 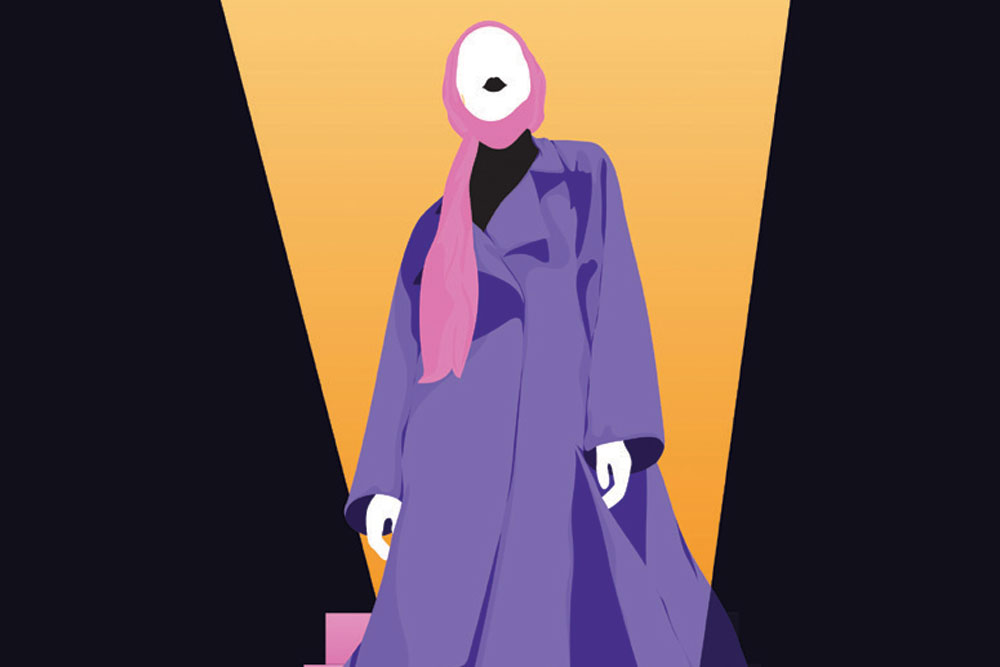 
When Ayesha Nawab returned home to Chennai, nearly five years after leaving for Australia, she looked visibly different. She had begun to wear a hijab. “It was the reverse,” she jokes. “People leave home for the West and lose their culture. I had found mine.”

Nawab, who had never won the hijab previously, was drawn to it when, while pursuing a pilot training programme, she began to work part-time at a popular fashion boutique catering to Muslims (Hijab House). One day during Ramzan, more than a year since she began working at the bou­tique, she decided she would begin wearing the hijab. “When I told Tarik (Houchar, the proprietor), ‘I think I am ready for it,’ he was like ‘Are you sure? It’s a pretty big step. You’re going to be your own person. But the world will see you with a completely differ­ent set of eyes,’” she recalls.

The world didn’t look at her all that differently, she says. There were the occasional stares and stray comments. Even her friends in India were taken aback initially, with many probably taking her wearing the hijab as a sign of a newfound religious conservatism. But eventually, everyone realised that she remained the same.

More than 10 years later, Nawab is among the most popular hijab-wearing fashion bloggers in India. Matching her stylish hijabs with her #OOTD (outfit of the day), which can range from vintage saris to salwar kameezes her grandmother stitched for her mother, from skirts, pink blazers, to a pair of trendy bellbottoms, and always with a range of accessories, sunglasses, and little bags, Nawab’s Instagram account is part of a growing trend among modern Muslim women in India, who are embracing the hijab and also modernising it.


Not so far away from the hijab row building up in Karnataka, and its associated concerns about women being oppressed and made to wear the hijab, individuals like Nawab, fashion designers, independent labels, and social media influencers of what is known as modest fashion, are showing that the hijab, while staying within the tenets of prescribed modesty, can be both fun and fashionable, and in no way an impediment for a modern Muslim woman going about her life. “The hijab is beautiful and never a sign of oppression. It is actually really fun,” Nawab says. “Everyone has a different way of wearing the hijab. There is so much you can do with it.”

Muneeba Nadeem, a fashion designer who runs an indepen­dent label under her own name in Kanpur, specialises in what is known as modest fashion. In this category, the aim of the outfit, as the name suggests, is on modesty, where the wearer’s body shape is concealed and exposure limited, while making it fashionable. In 2019, when she was a student at the International Institute of Fashion Design in Kanpur, she presented what is believed to be the first collection of clothes featuring the hijab at a major fashion event in India. Showing her collection at the Lakmé Fashion Week (LFW), the hijab was paired with skirts, saris and jumpsuits. “The aim was to show that the hijab can be fashionable,” she says.

“I would keep getting requests for tips on how to carry something off. It would be hard to source fashionable modest clothes,” says Anah Shaikh, modest fashion influencer

Nadeem wears the hijab, and sometimes the burqa, depending on the situation. While remaining true to her faith, she has never allowed its conservative interpretation to stop her from pursuing her interests and goals. Always interested in fashion, she joined a fashion institute, and even though she knows many of her class­mates felt she would probably get married and drop out, she con­tinues to pursue a career in fashion. When she began exhibiting her work, a relative once told her father that working in the fashion industry was not Islamic. But her father, showing her work at LFW, retorted, how was wearing the hijab wrong.

The hijab collection at LFW was her way of showing, she says, that Islamic wear can have space within fashion. “In our [fashion] community, exposure is seen as fashion. What I wear is not sup­posed to be fashion. So, it was a way of saying yes, we have limits; yes, we have to wear the hijab. But that can be fashion too,” she says.

When she interned at the LFW in 2018, and then presented her collection the following year, she was the only woman who was wearing a hijab. “I was very nervous. My show was in the fifth round. The models who had done the earlier four rounds in very different clothes, now returned wearing the hijab and look­ing completely different,” she says. According to her, while her faith prescribes certain boundaries around clothing, nowhere is it said it has to be unfashionable. “Of course, you can carry the hijab with style,” she says.

“In my experience, the moment you tell a youngster that she is compelled to wear something, that is the day she stops wearing it,” says Shanaz Rukshana, founder, The Hijab Company

The Muslim community in India is often seen as one large monolithic block where education and income levels are low, women uniformly oppressed, and conservatism is rampant. But as the makeover of the hijab suggests, that is far from the truth. More and more women, like those in other communities, are gettingeducatedandjoiningtheworkforce. Incomelevelsaregrow­ing, urbanisation is occurring, and aspirations and fashion trends are expanding.

A variety of businesses, from independent labels and Instagram-operated influencer-pushed fashion to some larger brands, are trying to cater to this growing demand in fashionable Islamic wear. Mushkiya, a chain of stores focusing on fashion­able Islamic clothes, is expanding rapidly. According to one em­ployee at their main store in Delhi, there are a total of nine out­lets across Mumbai and Delhi. Another franchise-based modest fashion brand, Islamic Design House (IDH), that has multiple stores across many countries and whose stated motto is to bring faith, fun and fashion together, started operations in India a few years ago. And then there are the many popular independent brands, from That Adorbs Hijab to Little Black Hijab. According to Shanaz Rukshana, the founder of The Hijab Company, another popular independent modest fash­ion brand that sells both online and through a store in Chennai, the idea of such a business came to her from the difficulties she experienced in finding clothes that while modest, remained stylish. “I had started sourcing fabric and making clothes for myself and my family. And then slowly my friends started asking me for them, and plac­ing orders. It just grew like that and by 2017, I officially launched The Hijab Company,” she says. According to her, modest fashion for Muslim women is growing in India and catching up with the trend among Muslims elsewhere in the world.

“What I wear is not supposed to be fashion. So, it was a way of saying yes, we have limits; yes, we have to wear the hijab. But that can be fashion too,” says Muneeba Nadeem, fashion designer

Rukshana began to wear the hijab herself during the time her inter­est in the Islamic faith grew, and she started pursuing Islamic Studies at an institute. Today, she does not wear the hijab all the time. “And that’s fine. Because for me, it is a choice. I’m not obliged to do it,” she says. “In my experience, the moment you tell a youngster that she is compelled to wear something, that is the day she stops wearing it.”

Some may interpret the Is­lamic faith’s prescriptions on modesty to be a diktat against any form of fashion. But many young women contend that modesty does not limit women from wearing something mod­estly, yet stylishly. This is most visible on social media. The social media landscape and its influencer culture may be saturated with youths who dress provocatively. But another cohort of influencers, ones who are into modest fashion, is claiming its own space in the digital fashion real estate.

Anah Shaikh, with nearly 6.5 lakh followers on Instagram, is probably the most popular modest fashion influencer in the country. She is sought after by multiple brands, both in­ternational and Indian, for promotions. Some of these are modest fashion brands themselves, but many times, like the Chinese fast fashion brand Shein or Katrina Kaif’s cosmetic brand Kay Beauty, these are brands using her influence to reach a growing demography. Shaikh has now also launched her own line of modest fashion clothing.

“The hijab is beautiful and never a sign of oppression. It is actually really fun. Everyone has a different way of wearing the hijab. There is so much you can do with it,” says Ayesha Nawab, fashion blogger

Shaikh’s followers on social media began to grow rapidly when she began to document her fashion style and handing out fashion tips. “I would keep getting requests for tips on how to carry something off. It would be hard to source fashionable modest clothes, and I would show them how they could buy regular brands and pair them with some­thing that made it appropriately modest,” she says.

But there remain difficulties. While they often encounter those on­line who claim their choice of clothes, however fashionable, continues to remain a symbol of oppression, there are also conservative elements within their own faith who say they are push­ing the boundaries of what is Islamic.

Fashion designers, independent labels, and social media influencers of what is known as modest fashion, are showing that the hijab, while staying within the tenets of prescribed modesty, can be both fun and fashionable

Nawab has faced some resis­tance herself. Before she left for Australia, when she applied for a part-time job for the ground staff of an air­line in India and appeared wearing a dupatta around her head, she was asked if she would be willing to drop its use. More recently, despite having cleared multiple rounds of interview for a teaching job in an international school in Chennai, and becoming more or less certain for the job once her demo class went through success­fully, she was later asked if she would continue wearing the hijab. After she said she would and saw no way how this would interfere in the way she performed her job, she got an email saying someone else had been selected for the job.

And then there are the occasional comments on Instagram telling her what she is doing is not Islamic. “Some of them are like you are not supposed to be seen outside. But most followers are very supportive,” she says. “Just the other day, I posted something, and everyone was like ‘Wow, that’s so nice.’ And then there was one person who said, ‘At least, you could have ironed it,’” she says.