Seeing is believing. So look 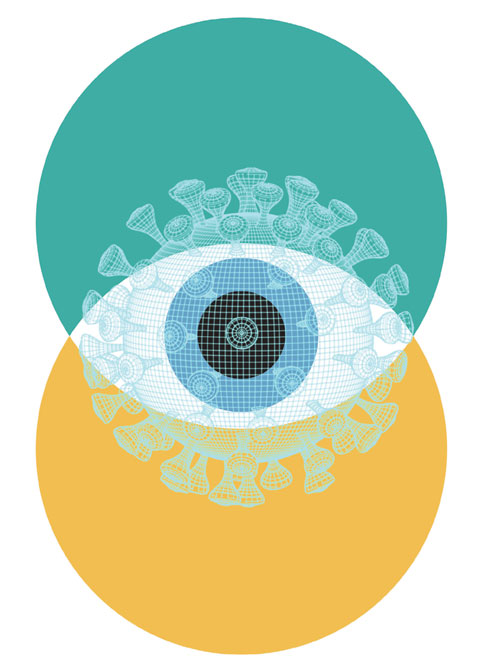 
Last month, in an op-ed in The New York Times, actress and wife of Prince Harry, Meghan Markle, summed up a lot of what people all over the world were feeling. ‘We are adjusting to a new normal where faces are concealed by masks, but it’s forcing us to look into one another’s eyes—sometimes filled with warmth, other times with tears. For the first time, in a long time, as human beings, we are really seeing one another.’

Not merely physically but also perhaps spiritually, as the Na’vi meant in James Cameron’s mythical Pandora in Avatar (2009), when they said I see you. For the first time in a lifetime, the pandemic brought us back to the most fundamental of human connect—not touch, not smell, but sight. With social distancing becoming the norm and faces being masked, several things happened. Eye contact was back, as was the longing look to suggest romance, as touch became severely rationed. Eye makeup sales were on the rise as lipstick wearing declined. Ophthalmologists got repeated requests about correct posture, right device, and even the appropriate seating for children taking online classes. There were the odd cases, too, of temporary loss of vision as in the case of independent communications consultant Nidhi Verma. She experienced loss of eyesight during the pandemic which was diagnosed as optic neuritis. “For three months, I was terrified. It was only after the use of steroids, as prescribed, that I was able to avoid permanent harm,” she says.

Stress, anxiety, overwork, all of it had an effect on the eyes. In popular culture, the eyes had it again. Susanne Bier’s blockbuster mini-series for HBO, The Undoing, focused on Nicole Kidman’s eyes to show her interior conflict as she struggled with the knowledge that her charming husband could be a ruthless killer while Peacock’s Brave New World, a reread of Aldous Huxley’s novel, used the optic scan (and a few pills) as the filter for a new world where everyone is happy.


Perhaps Covid will inspire a new burst of poetry in praise of the eyes. It has increased visits to ophthalmologists with questions about failing eyesight. It has also changed the beauty game, with eye makeup sales up 204 per cent year-on-year for the three-month period ending in June

At the level of the collective, surveillance and scanning became a way of life, with the state accessing more information about us, in sickness and in health. Protection for our own good is something the state spent many years trying to make citizens understand—it took a pandemic to bring home the idea with great force. Closed-circuit television (CCTV), drones, mobile phone usage data and biometric tracker bracelets were used to track population movements, with mobile applications that allow for Covid-19 tracking being the most used across nations, as citizens weighed the twin options—disease versus privacy.

Trapped in our homes during the extended lockdown, as we burrowed deeper into our phone screens, for entertainment and enlightenment, the eyes became the key doorways to our minds, more than ever before. The world shrank into our minds via our eyes, leaving us with a plethora of imagery on overdrive, almost as the Surrealists had painted us, like Salvador Dalí and Luis Buñuel’s eye under the knife in the 1929 Un Chien Andalou, or even Dalí’s 1944 Métronome, with the eyelids painfully wide open. For Dalí, the eye was the instrument for showing invisible things, the double image, suggesting a paranoid dystopia which is all too true now.
Our eyes worked harder. Professionals realised this most emphatically when they saw they had just their eyes to rely on. Abhishek Banerjee, casting director turned actor (last seen in this year’s sleeper hit series Paatal Lok, was mostly wearing a mask onscreen when he shot his episode in Amazon Prime’s collection of Covid-inspired short films, Unpaused. Says he, of the experience: “For an actor the eyes are everything. It’s a mirror to your soul and so it’s the mirror to the character you are performing on-screen; we actors can learn to lie in various ways but we can’t lie through our eyes. It’s very important to get immersed in the character, if we don’t feel it, it will show; there’s no cheat code to that.” 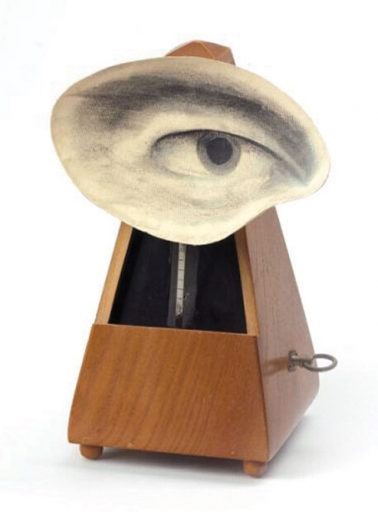 This was the year of rediscovering the third eye and using it, as Lord Shiva did, to look within ourselves. It was the year that forced us to re-examine our lives, to see what was necessary and what was not, in material things, emotions, even in our thoughts. Legend has it that Shiva’s right eye represents the sun and the left eye the moon. It is said that once when he was meditating, Parvati playfully cupped his eyes with her hands, causing darkness throughout the universe. Shiva then created a third eye in the centre of his forehead. Fire spouted from this eye and the universe once again had light. This fire can destroy the universe as well, as much as it can nourish it. Former bureaucrat and scholar of myths, Parvez Dewan, recalls the mythical moment when Kamadeva, the Hindu deity of love and lust, shot an arrow at Shiva’s heart, shattering his meditative state. He opened his third eye, spewed fire and reduced Kamadeva to ashes.

DEWAN, FOUNDER OF Indpaedia.com, is now working on the oneness of all religions, and says: “The third eye is accepted by at least one school, normally a mystical sect, each in Judaism, Christianity and Islam, and is mainstream in the Eastern religions, including Taoism, which did not originate in India.” In all religions, Semitic as well as Eastern, he says, it is used to look within oneself and leads to spiritual discovery. Even in Kabbalah, the Jewish system of mysticism, the third eye means intuition and wisdom. The consequences of opening up one’s third eye in Kabbalah, except with divine permission, are as dire as the opening of Shiva’s third eye in Hinduism.

The world shrank into our minds via our eyes, leaving us with a plethora of imagery on overdrive. Like Salvador Dalí’s 1944 Métronome, with the eyelids painfully wide open. For Dalí, the eye was the instrument for showing invisible things

Which is why lack of sight, or blindness, is such a powerful metaphor. In José Saramago’s Blindness, it is used as a parable about society and the cultural hegemony, as one critic has put it, of the sighted world. Ditto in the movie adaptation where a city struggles to come to terms with the contagious white sickness, an epidemic of blindness. Those familiar with Indian epics know well what Dhritarashtra’s blindness represents, but what of Gandhari, who willingly wears a blindfold? Scholars have long wondered why Gandhari did that—was it a passive aggressive act or an act of devotion by a dutiful wife? And wasn’t it her blind curse that ended forever the possibility of Krishna’s children being born, quietly accepted by the great god, perhaps to forever end the cycle of vicious violence.

That is mythology teaching us the power of seeing, something the modern world has increasingly forgotten. It took a pandemic of Covid-19 proportions for humanity to really see what damage it had done to itself, to the material world, and to the natural world. The long lines of migrants walking home, clutching their meagre belongings, carrying their memories of abandonment in their heads. The pile-up of bodies at crematoriums. The hoarding of food and essentials by those who could afford to. The empty trains, buses, streets, schools, offices, bazaars. And then there was what could not be seen and yet was so potent, a virus 1/10,000th the size of the period at the end of this sentence which had reduced all of the world’s living to a voluntary quarantine. Perhaps in the end we were like TS Eliot’s Tiresias, the blind prophet, seeing everything and yet nothing.

Is it surprising then that in some cultures the evil eye is such a recognisable way of warding off the inevitable awful? In India, it is the nazar, the word for sight, often warded off by a combination of nimbu and mirch (lemon and chilli) which a self-confident nation now feels quite at home in hanging on the frame of a Rafale. Whether it is in the bazaars of Istanbul or on the wrist of Kim Kardashian, the cobalt-blue eye is a charm that works even in cultures where superstition doesn’t rule. According to the Greek philosopher Plutarch, the human eye had the power of releasing invisible rays of energy that were in some cases powerful enough to kill children or small animals. Cue Medusa’s gaze. Any one who looked into her eyes was turned into stone. 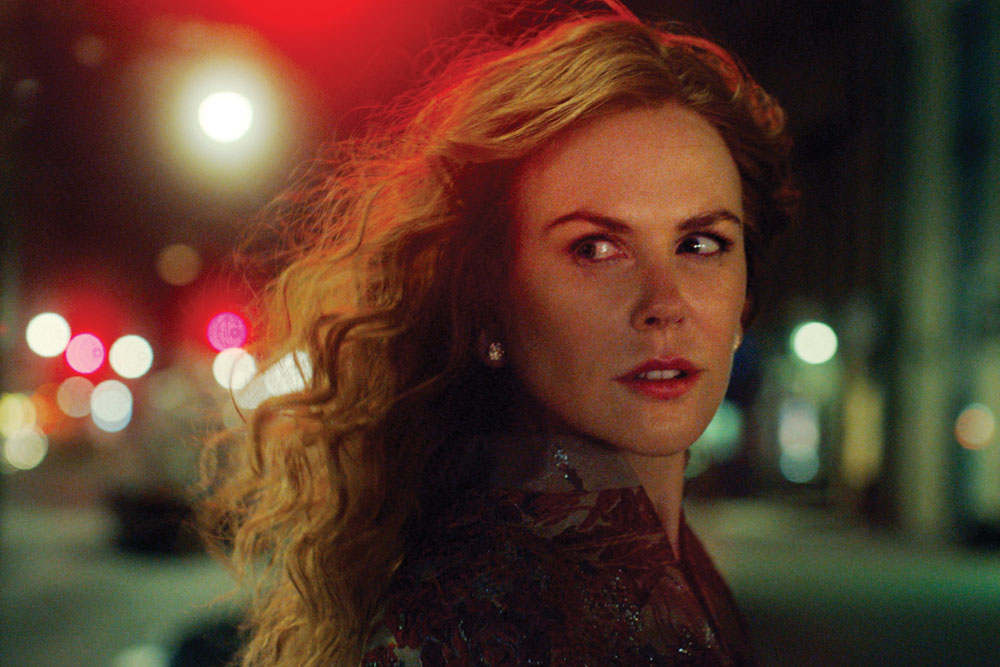 IN THE PERFORMING arts, though, the most damage the eyes could do was to convey strong emotions. Bharatnatyam dancer Rama Vaidyanathan says: “We knew this as dancers, but during the pandemic when we had to cover our faces showing only our eyes, we realised even more, the pride of position that the eyes occupy on our faces. With a mask worn a smile or a frown needs to be communicated solely through the eyes, since we do not have the luxury of the lips to help us do the job. In fact, one of my students showed the whole nava rasas just through her eyes, with her face in a mask.” A great exercise in abhinaya. It’s something actor Divyenndu, last seen and celebrated in Mirzapur, agrees with. As an actor, he says, it is always harder to portray silences. “If you’re not true to the character or the narrative, the camera will catch out the lie.”

The eyes have a special place in Urdu poetry, celebrated by poets from Jigar Moradabadi to Jan Nisar Akhtar. Look at popular songs. Gulzar can write about the eyes that ask personal questions in ‘Kajra Re’ from Bunty Aur Babli (2005) and people can pound the dance floor to it across countries without fully appreciating the beauty of the verse (Aankhein bhi kamal karti hain/Personal se sawal karti hain/Palko ko uthati bhi nahi/Parde ka khayal karti hain). But go back into the past and the eyes are everywhere, from ‘Aankhon hi aankhon mein ishaara ho gaya, baithe baithe jeene ka sahaara ho gaya’ by the soulful Geeta Dutt in CID (1956) to ‘Jaaneman, jaaneman, tere do nayan’ by Yesudas in Choti Si Baat (1976).

Perhaps Covid-19 will inspire a new burst of poetry in praise of the eyes. It has certainly increased visits to ophthalmologists with questions about failing eyesight. A recent report from a global PC market leader indicated that 91 per cent of respondents in India agree that they have increased laptop usage during this pandemic, even more than the global average of 85 per cent. It has also changed the beauty game, with eye makeup sales up 204 per cent year-on-year for the three-month period ending in June. From how-to guides for bold eyes and tips for how to apply mask makeup, beauty influencers on YouTube and TikTok acquired new following.
Nine years after Blindness (1995), Saramago published Seeing, about the same city being afflicted by a plague of blank ballots, where citizens refuse to exercise their rights as voters. There is a delicious possibility there and a lesson for leaders in a post-pandemic world. The people will simply refuse to see them, to recognise them. That will be a contagion of another kind.