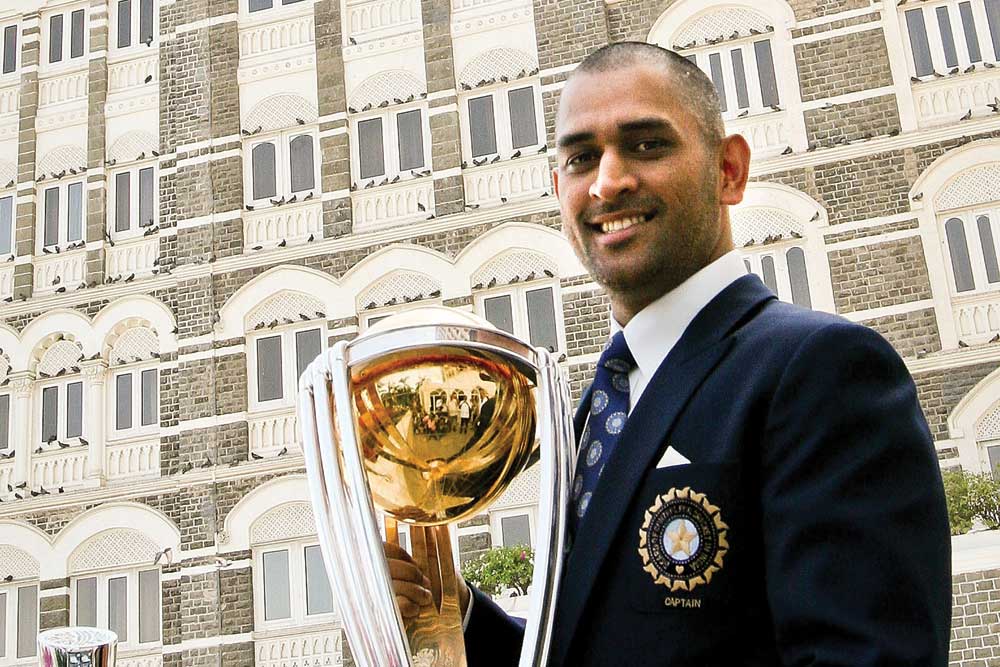 
The cricket captain is said to be next to god in the Indian imagination and, as a job, the second most important. If you looked at the popularity of Mahendra Singh Dhoni at its height, that can ap­pear true. Remember that for much of his reign, there was also another god compet­ing for attention, one who had established himself as the reigning deity much earlier and who Dhoni himself grew up rever­ing—Sachin Tendulkar. Tendulkar is the only non-captain (that is, in his primary identity) who achieved it for a length of time. You had cricket­ers who became gods briefly, when they were in extraordinary form, but sooner or later, the law of averages would catch up and the public would move to the next worship. Tendulkar and the Indian captain were more permanent fixtures.

One must come back to Tendulkar because his is a telling example of what Indian team captaincy is and is not. He was a man born to cricket like fish to water and not just an ordinary fish but the fastest one in the sea. There is nothing his mind didn’t know or read about the game that he was in. He was re­spected by opponents and teammates were in awe. No word of his would be ignored or, if it was a command, disobeyed. The men of the Board of Control for Cricket in India (BCCI), who imagined themselves puppeteers of the team, stood at arms’ length from any twisting of Tendulkar’s hands. His popularity was dynamite for them to intrude on. Tendulkar, should he have chosen, could have become the dictator of Indian cricket. And yet, what did captaincy do to him? It made him recoil.

It was just not a burden that he enjoyed. He chose batting over it. You could be the best cricketer in the world and even a tough leader but it didn’t necessarily make you ready for cap­taincy. That needed an elusive quality, the ability to withstand the responsibility of being worshipped by a nation whose loy­alty was as fickle as a Test series defeat. If you want an example of how captaincy makes sensible cricketers do strange things, take Rahul Dravid in his second Test as a stand-in captain when Sourav Ganguly had been unable to play because of injury. It was in 2004, against Pakistan in Multan. Tendulkar was on 194, six short of a double hundred, and with more than 15 overs left for the day. India was at 675 runs, on the back of his partnership with Virender Sehwag, who scored a triple hundred. And it was only the second day. Every captain on earth would have allowed Tendulkar to complete the 200. And yet Dravid, the most decent of sportsmen without jealousy or politics in him, took the decision to declare, just to show that he could make tough decisions. India won on the fourth day and it should have vindicated him. But that it won on the fourth day also showed it was a decision that just looked more vicious than tough. It defines Dravid’s captaincy because what else can one remember of it? 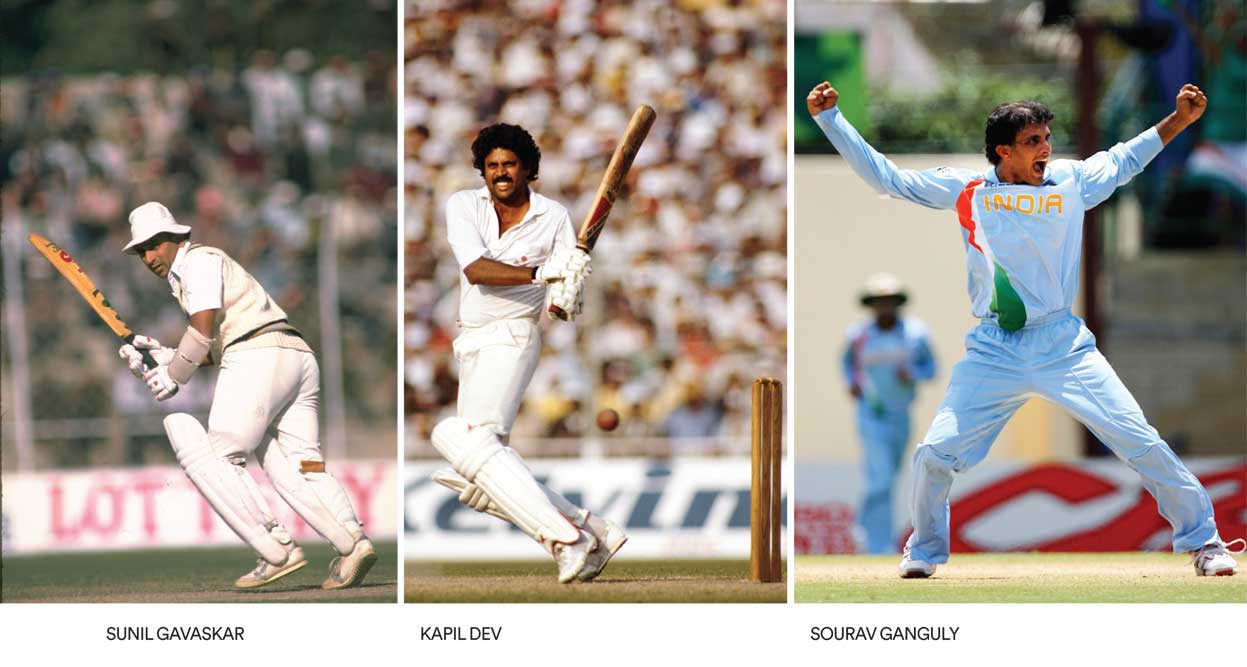 Ganguly would say it was a wrong decision. John Wright, the coach, would say it was the wrong decision. Both would tell Tendulkar they were not party to it. And Tendulkar would go on to write about it in his autobiography Playing It My Way: ‘The fol­lowing morning, Rahul finally came to me and said he had heard that I was upset and wanted to have a chat. I informed him that I was indeed upset and there was no way I would pretend other­wise. I asked him what the thinking was behind declaring at the time that he did. It wasn’t as if we were pressing for a win, and one over wouldn’t have made much difference. We had agreed to a plan at tea and I was doing exactly as I had been told. Rahul said that the call was taken with the interests of the team in mind. It was important to demonstrate to the Pakistanis that we meant business and were keen to win. I wasn’t convinced. First, I said to him that I was batting for the team as well. Yes, I had scored 194, but the 194 was meant to help the team and it was my individual contribution to the team’s cause. So to say that the decision was taken in the best interests of the team wasn’t altogether correct.’

Just as Tendulkar, captaincy didn’t sit well with Dravid either. He remains a filler in the history of Indian cricket cap­taincy. Essentially, since the captain became demigod, there have been seven—Sunil Gavaskar, Kapil Dev, Mohammad Azharuddin, Sourav Ganguly, Mahendra Singh Dhoni and Virat Kohli—who had staying power. The pressures on them coincided with cricket becoming religion from the 1980s on­wards, on the back of the 1983 One Day International (ODI) World Cup victory. Many believe that Sourav Ganguly was the first real captain to show aggression and stand up against the white domination of cricket. But that is only because he came after the introverted Azharuddin and also in the wake of the mess left behind by match-fixing allegations. No one who remembers Gavaskar or Kapil Dev on the field would think they were any less fiercely competitive than Ganguly. They just didn’t have a team to back up the aggression with results, espe­cially on foreign tours with pitches favourable to fast bowlers. As India became the commercial centre of cricket, it was inevi­table that with the game moving into the interiors, the pool of talent would increase. And vast amounts of money would help their training. Fast pitches and fast bowlers entered the mix. Once that handicap was removed, India’s record could become more equal against countries like Australia. Ganguly was in the sweet spot. After the BCCI sought to clean up the team, it left him able to build a new one. His aggression is overestimated in the resurgence. A Gavaskar or Kapil Dev who got the same conditions as Ganguly did would probably have done the same. They were all fiercely competitive thinking cricketers. 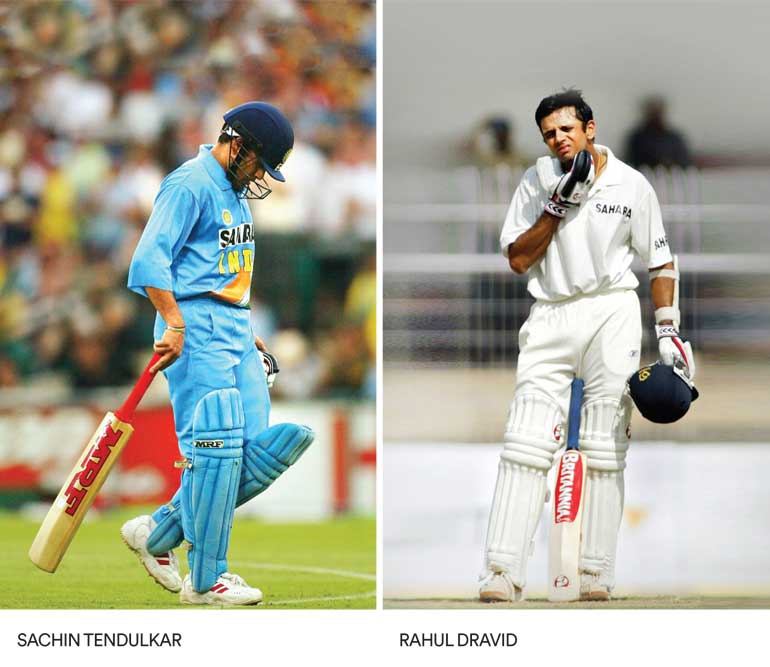 Dhoni was a continuum. His absence of exhibition didn’t make him any less dominant. With every passing year, the money that Indian cricket was making was increasing exponen­tially. The game entered Tribal areas. Academies were spotting and nurturing talent at younger and younger ages. The story of Indian cricket over the last two decades is of every captain being increasingly spoilt for choices in every single department of the game. It was somewhat inevitable Ganguly’s record would be better than Azharuddin’s, Dhoni’s better than Ganguly’s, Kohli’s better than Dhoni’s. If they had not done well, they would have been removed much earlier. The captain has to keep pace with the expectations of a cricket-obsessed people. Those unable to do so exit soon. It settles on someone who can shoulder the stagger­ing burden. It is not chance that Dhoni, once he became captain, was never in danger of losing that position for a long time.

The story, however, has to end because age is a furiously tick­ing time bomb for sportsmen. Cricket is kinder than other sports, but even here by the time a player is in his early 30s, it is just an extended finale. Indian captains often leave not in the most grace­ful of manners, their towering domination mostly undone. Gan­guly endured humiliation before he decided to walk away. He would write about it in his book A Century Is Not Enough: ‘I was so confident of my place in the tri-nation one-day series that was to follow that I had brought along the extra light blue one-day pads in my kitbag. There was absolutely no doubt in my mind that I would get picked. The night before the selection, a Kolkata journalist called on my Australia number. He told me that my one-day place was not a certainty. I found this outrageous. I said, I have not only scored in all four Test innings of the series but have also been the most consistent performer for the Indian team this season. Look, last year I was the third highest one-day run-getter in the world after Kallis and Sangakkara. You are saying they will drop me? Impossible! But he was right. Next afternoon, when the team was announced, Rahul and I were dropped. I never played for the Indian one-day team again.’

Tendulkar is a telling example of what Indian team captaincy is and is not. He was a man born to cricket. And yet, what did captaincy do to him? It made him recoil. The captain has to keep pace with a nation’s expectations. Those unable to do so exit soon. It is not chance that Dhoni, once he became captain, was never in danger of losing that position for a long time

DHONI HIMSELF is said to have had a part in Ganguly’s retirement because he wanted the free­dom to shape a team of the future. Years later, in 2019, when Ganguly, as BCCI president, was asked whether it was time for Dhoni to retire his answer, as reported in Espncricinfo, was: “What he wants to do, what he doesn’t [want] to do…What matters is what Dhoni wants.” By then, many Dhoni worshippers were questioning his hanging on, or the necessity to play one more ODI World Cup where he portended to be a liability. As it turned out, he wasn’t. But neither was he able to be the finisher who would lead the way to victory. No other captain perhaps got the leeway he did in deciding the terms of his leaving. All the numerous hats he donned together—batsman, wicketkeeper, mentor, shadow coach—kept him relevant.