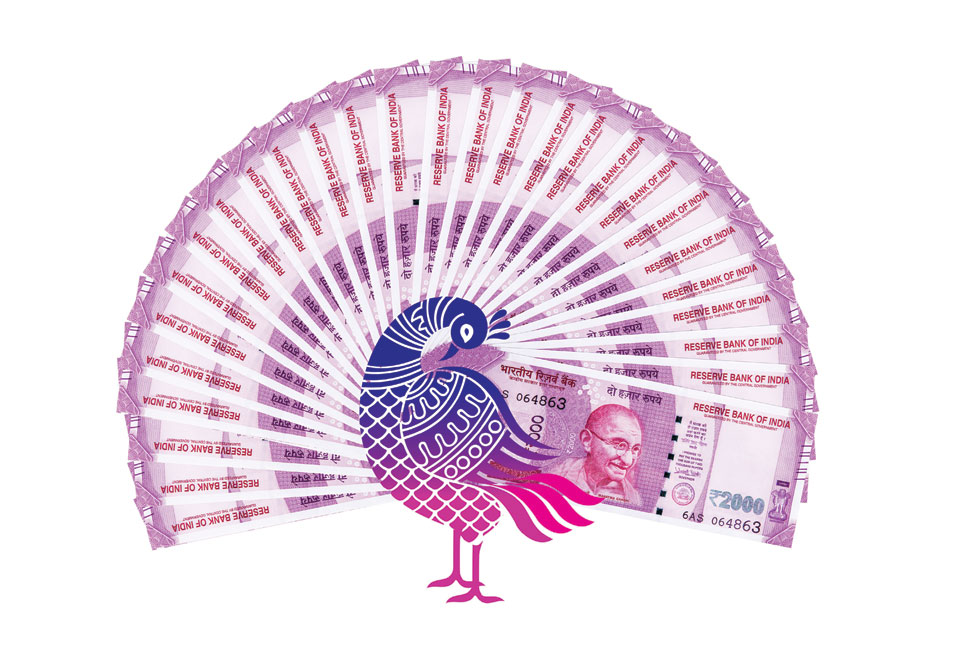 
INDIA HAS HAD A very jaded love affair with wealth. The affair has oscillated from wealth being celebrated to wealth being looked down upon. But in all this, people have forgotten the art of differentiation. Wealth is distinct from money.

The erstwhile royals used wealth to display their stature as also their idiosyncrasies. Then came the freedom movement during which Sarojini Naidu famously remarked that it took a lot of money to keep Gandhiji in poverty, obviously referring to the third-class travel he took in trains which, as a whole, were reserved for him. At the height of the freedom movement, he never shied away from seeking solace in the homes of the Birlas and Bajajs. He even died in Birla House on Tees January Marg in 1948.

After Independence, wealth creation was looked down upon. We starved entrepreneurship and industry at the altar of misplaced socialism. Frugality was the new wealth. And the nation suffered. Our growth was stunted and from the riches of the 1950s (we were a more affluent nation than China and Japan at the time), we were flung into impoverishment of the worst kind. The denial of opportunity was only matched by the paucity of facilities that any nation needs to help its people enrich themselves. This continued till 1991: it was then we received our second “freedom”. The freedom to earn, the freedom to create wealth and the freedom to optimise national potential. I still remember how the legendary Dhirubhai Ambani used the primary markets to fuel the growth of Reliance Industries. At the same time, Rama Prasad Goenka showed the world the art of mergers and acquisitions as he set the RPG Group on a track that was unimaginable.

Aditya Birla, the chosen heir to GD Birla, was making international forays which had seemed impossible owing to the draconian Licence Raj that had been inflicted on a hapless nation. It was around then that BM Munjal cobbled together an alliance with Honda to create what is still today the world’s largest two-wheeler company: Hero MotoCorp. You had IT becoming even more relevant and rewarding, and FC Kohli’s creation, TCS, was just about beginning its formidable journey for the House of Tata.

What we were seeing was the reinvention of India at the hands of corporate India. Be it an Infosys or a Maruti or even homegrown brands like Amul, Pidilite (makers of Fevicol) and Asian Paints, the magic of Indian wealth creation had begun. Business families chose to become professionals, and family members took a back seat as professional managers took over. Control was replaced by confidence. When Ratan Tata inherited the chairman’s mantle from JRD Tata, the House of Tata was a Lincolnian confederation with individual satraps calling the shots. Slowly, he began recasting the group and when he made the acquisitions of JLR and such, people thought it was audacious. But today, he has proved all the sceptics wrong, and his successor N Chandrasekaran is doing some amazing things with the House of Tata in terms of both its reach and experience for both customers and partners. When the Indian flag was hoisted on Fifth Avenue outside The Pierre, Indian hospitality brands had finally made it to the US. This, too, was the vision of Ratan Tata.

PV Narasimha Rao was the prime minister who began it all. Many say it was forced upon India to adopt economic reforms: be that as it may, it did happen and India began to grow at 7 per cent against the meagre 2-3 per cent that we were growing annually. Economic empowerment had begun. A nation of stunted sociological patterns where failure was castigated and government jobs were the most sought-after, began changing. When Atal Bihari Vajpayee became India’s prime minister, he showed political deftness by running a coalition government which was not held to ransom, unlike Manmohan Singh’s government. Singh presided over a government that was brazenly corrupt and out of sync with the stark economic realities and was thus accused of crony capitalism.


The coming together of wealth creators to give back to society is not just about compassion but also about the conscience. This will only increase because wealth creators by nature are the sharing kind. Those in pursuit of pure money are both selfish and shortsighted

When Narendra Modi came to power in 2014, his promise was “minimum government and maximum governance” and you have to hand it to him that in spite of the global pandemic and economic headwinds, this government has done a brilliant job. I was quite sceptical of the Digital India movement as I was with Startup India. But today, when you look around and see the likes of Nikhil Kamath of Zerodha or Alok Bansal of Policy Bazaar, you know that India’s time has only begun. Today, the distance between the consumer and the seller has been bridged by a click on your mobile. The riches of economic wealth are for all to share.

In September 2015 when Mukesh Ambani (who has just recorded 20 years as the Reliance chairman) launched Jio, where voice was free and data unimaginably cheap, he created a revolution that stunned the world. Add to that the juggernaut he has developed out of his retail businesses—it is something that is only gobsmacking. But they were able to imagine and dream because today’s ecosystem allows them the freedom to do so. And what we are seeing today is the creation of wealth and not the splurging of money.

This is why it is important to analyse the contours of wealth creation and the impact it has on both the nation and its citizens. Economic prosperity often begets compassionate behaviour that one would not have otherwise experienced. It is critical for a country that is still poor in many parts. The coming together of wealth creators to give back to society is not just about compassion but also about the conscience.

This will only increase because wealth creators by nature are the sharing kind. Those in pursuit of pure money are both selfish and shortsighted. Today, we celebrate those who create wealth because we see their success through the prism of goodness, and not envy. We admire their tenacity and their resolve as we do their hard work. We are no longer a nation that frowns upon those who provide employment and livelihood: instead, we have now become a nation that is happy because its people are doing well. We are forgiving of failure more than ever before and that is an important societal change.

And I only see this improving with the passage of time: I see a country that will continue to grow economically but will also provide wings to those who need and deserve them. From a society that was widely nepotistic, we are slowly morphing into a meritocracy. The India of tomorrow will be very different from the India I was born. The politics of our leaders tomorrow will also be starkly different from the politics of today: they will need to recognise that above all, what people seek is dignity and that can only be ensured when you are economically well provided for.

When you see today’s India, you can only be horrified at its recent past: how the Indian potential was choked and how we denied our people the economic independence that they deserved. When stories of India’s economic history are ever written, one thing that will stand out is that there was a conspiracy
to keep India mired in poverty and starve every Indian of his or her potential.

To that end, wealth creation is a true beacon, both of hope and inspiration.

But it will remain a tightrope walk for many: where we will have to balance the desire for more wealth with the desire for more people to be brought into this economic wave of progress. Inclusion will need to be our mantra and equality of opportunity perhaps the only way. True wealth is measured across the many it serves and not the few who have it. And that, too, is something we are seeing. I believe India will now move forward with unimaginable growth across the vast population we have. The urban-rural divide will be bridged both digitally and with innovation. As it must.
A new India for the Indian who has now reinvited him or herself. Into that heaven of freedom…