You Have Been Cancelled. Period. 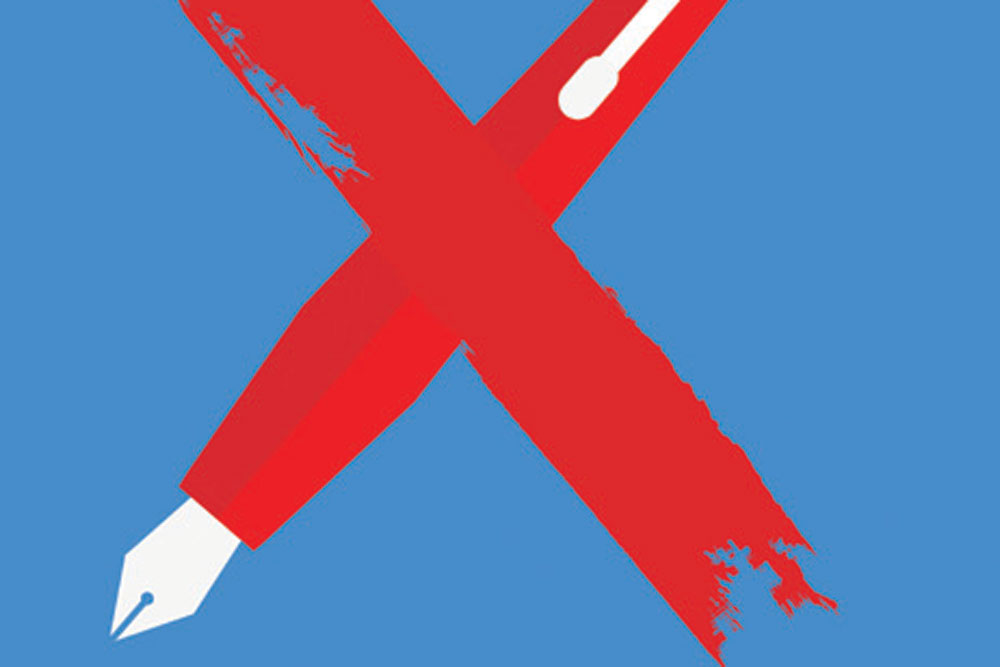 
THIS IS A cathartic moment in the legends of resistance: Protesters across the world kneeling in memory of George Floyd, the black man who died in police custody; and an entire nation, shamed by its original sin of existence, crying out for justice in retrospect. Racial lines won’t be blurred by tears or teargas; they will only get starker as a moral system built on the Dehumanised Other sweeps across America.

To lay the old demons to rest, you need to kill a few new ones. So it seems as ideological righteousness claims monopoly over grief and anger, as the new order of justice demands consensus over broken conscience. We are One. Or you’re Not. No matter your revulsion, your anger, at the savagery that triggered the moral eruption, is no lesser. Morality of the street is a sacred screed, canonised by liberal piety. To deviate, to stir in disagreement, is to blaspheme, to be subjected to what the novelist Milan Kundera calls “auto-culpabilisation,” a vintage totalitarian method in which punishment is in search of a crime. Liberals are on a punishing spree.

As America burned, the New York Times carried an op-ed by Republican Senator Tom Cotton, titled ‘Send In the Troops’. Supporting President Donald Trump, he wrote: “One thing above all else will restore order to our streets: an overwhelming show of force to disperse, detain and ultimately deter lawbreakers.”

The liberal newsroom rebelled. The editorial page editor, James Bennet, a liberal himself, defended his decision to publish the piece, which, his colleagues tweeted, “puts all black people in danger, including @nytimes staff members.” Bennet wrote: “It would undermine the integrity and independence of the New York Times if we only published views that editors like me agreed with, and it would betray what I think of our fundamental purpose—not to tell you what to think, but to help you think for yourself.” He had to go.

Amidst the protest, as rioters went berserk, the Philadelphia Inquirer carried a piece by its architecture correspondent with the heading: “Buildings Matter, Too.” That “hurt” Black Lives. The editor, Stan Wischnowski, had to go.

Adam Rapoport, the editor of Bon Appétit, had to go as an old Instagram photo in which he fancy-dressed himself as a Puerto Rican resurfaced on social media. That “hurt.”

Not long ago, there was the case of Ian Buruma, who was then the editor of the New York Review of Books. He had to go because he published an essay by Jian Ghomeshi, a tainted Canadian broadcaster amidst the #MeToo storm in a special issue on “The Fall of Men.” It did not matter that the contributor had already been acquitted by a court. Buruma, a fine essayist and author, and certainly not a right-wing misogynist, refused to recant, and even dared to speak the unspeakable in an interview: “I am not a judge of exactly what he did.”

I don’t intend to go on naming the shamed in the American media. But a unipolar world of ideas the liberals intend to build is not different from, in its fundamentals, the one built by the Soviet Union. Yesterday, the #MeToo movement, born out of the collective rage against sexual cruelties inflicted by men in power, was diminished by the casualness with which some accusations were played out on social media. Today, America’s anger, cutting across class and colour, against the racial behaviour of power is a tipping point in the moral evolution of a country most closely associated with the idea of freedom. Is it being diminished by the liberal cancel cult?

The cancel cult is a perfect case of the ideal of liberalism, whose time has not passed, undone by the intolerance of liberals. Any intellectual position that abhors a questioning mind is pretence, a falsity. It is a wall built by moral cowardice to protect the illusion of consensus. As liberals become proof-readers of arguments in media and academia, every word, written or uttered, has to pass the righteousness test. The failed ones are buried alive, and they are seldom mourned. The silence of the tribe is frightening.

The liberal project in monochromatic arguments gives them a false sense of empowerment at a time when liberalism, in America and elsewhere in the West, has abdicated the struggle for political power. As the American writer Mark Lilla has written, liberalism has become an “evangelical” enterprise. But evangelism, in his memorable aphorism, “is about speaking truth to power. Politics is about seizing power to defend the truth.” Inside the cancel cult, truth is faith enforced by the usual evangelists.

Having said that, I’m just grateful that, in these times of trial by liberal fire, somewhere on my bookshelf, Genet is still there, Nabokov is still there. And I was not planning to watch again Gone with the Wind anyway.