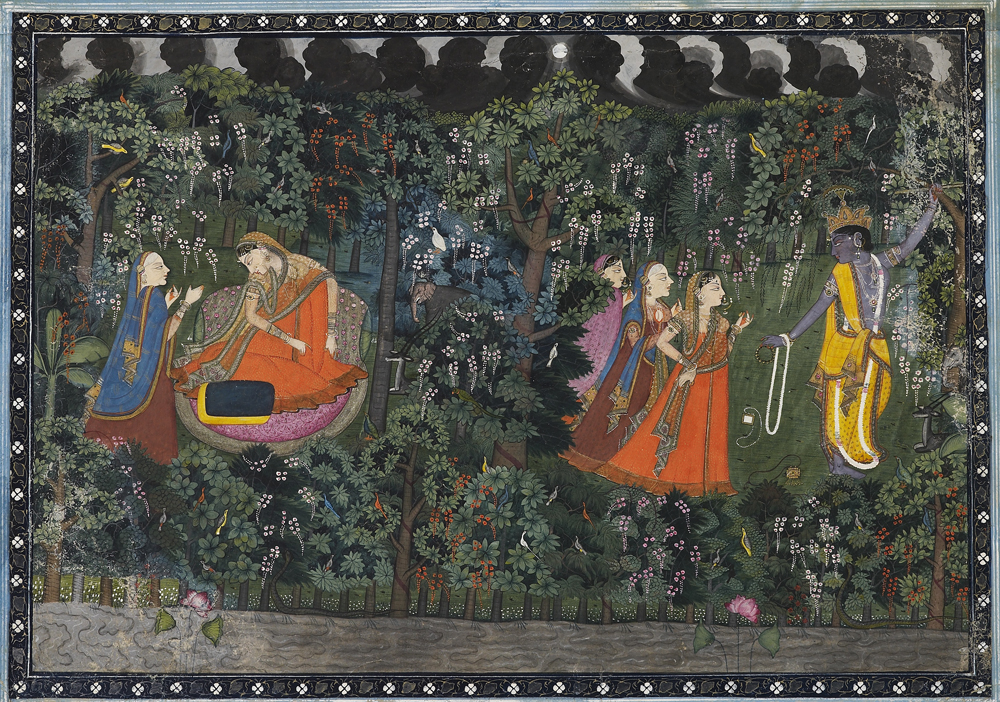 If only those who design school curricula would understand the wisdom of making use of the ancient texts of our land in presenting a way of thinking that was unconstrained by narrow boundaries of faith, ethnicity or geographical boundaries. For what they teach remains relevant for success in the journey of life to this day, to this century, as it will be for the next and beyond. For example, what is that we all seek? Success? In today’s world of rampaging social media, the maximum number of followers and the likes got for a post or photograph are often construed as an indicator of the above. The daily life of an isolated individual is very different from that of an association of people. Laws are set up so that there is ease in cooperation, or at least avoiding active conflict within such groups. Commonality of purpose, such as economic, defensive, geographical, political and social concerns which are responsible for the association in the first place, may well turn out to be that which separates individuals from each other in surprisingly short periods of time.

The best way of governance is when individuals have the freedom to draw up their own boundaries and learn to respect those of others. It is as important to ensure that one is very comfortable in one’s own demarcated area as it is not to intrude in other people’s space. When a group of people talk, they become opinions and when these opinions turn out to be unflattering and often toxic, this changes from the exchange of information or well thought out opinion to gossip. Most human beings are vulnerable to these varied opinions unless they happen to be hermits.

As so often happens with a crowd, it is extremely difficult to have and hold excellence. It is far easier to gently and unobtrusively slide into the morass of the lowest common denominator than the highest common multiple, a principle so connected to high school mathematics classes. Leadership does not, or should not, mean the one who most vociferously echoes the voice of the multitude. Rather, it has to be a voice which desires to achieve the best for people, learns how to do it and then dares to proceed to do it. This is very much in line with the progression equation in the Shri Lalitha Sahasranamam of Ichcha Shakthi (desire to do something) Jnaana Shakthi (knowledge to do it), and finally Kriya Shakthi (action to achieve it).

Even a cursory look at leaders in any field will show that almost all of them have been vilified for being “out of the contemporary views” of their period. They just did not seem content to follow the then popular norms, and when they disagreed with such norms, were often labelled “rebels” and “mavericks”. They were looked upon with varying rates of dislike, contempt and mockery, most often to disguise the accusers’ own fear of change.

It is interesting to note this phenomenon even in the most unlikely field—that of love. Mahishasura and Shri Radha are easily the most famous of lovers in ancient texts. Theirs is certainly not the “and they lived happily ever after” kind of love story.

The Shri Devi Bhagavatham talks of the nuances of the Devi-Mahishasura conflict. It is a battle of ideas, as well as a means for the ouster of Mahishasura whose prowess in battle has gotten him the throne of Indra. He did not get to sit on it because of sheer luck or manipulation. To obtain the power to fight so well, Mahishasura had done aeons of sadhana (or practice in esoteric means of propitiating god). No one was bothered about that. The lack of war skills of the devas was glossed over. As it was with everything that Mahisha did, his pursuit of his would-be lover-turned-destroyer, Bhagavathi, was intense and single-minded. Once he was aware of his love for her, he declared that he was ready to move out of Indra’s kingdom just because the devi wanted him to. There were no negotiations, no lack of clarity in Mahisha’s stand.

The reason why such an ardent suitor had to be killed was that Mahishasura refused the proffered throne of the netherworld, if the devi was not his consort. It was safer for those who valued everyday norms to destroy an individual harbouring such deep love than to risk it being around to be copied by others as well.

Great love is possibly the biggest threat to established norms in all societies. This is a common thread that runs through different narratives. Shri Radha, kin to Sri Krishna, and who is an older married woman, has this inexplicable love for Vrindavan’s darling, Sri Krishna. It is said that she visited the child Krishna and gradually found that her Krishna-less days never counted for her as life! Her love was very simple. Proximity to Sri Krishna gave her a sense of life, equalled by nothing else. Shri Radha was the epitome of the philosophical urging to “live in the moment.” The immediacy of their embrace made up for logic, thoughts of the future and caution.

When Krishna left for Mathura, never to return to his beloved pastoral village and every person and every mote of dust and every blade of grass which adored him, he promised to come back to everyone, his mother Yashoda, most of all. Only Shri Radha did not let him lie to her. She knew that he was going away from her. Yet, she did not stop him, despite Yashoda’s exhorting Shri Radha to ask Sri Krishna not to go to the killer king Kamsa’s court. It is not clear whether Yashoda fears alien parenthood claims more, or the threat to her darling child’s life more! For Shri Radha, love meant letting Krishna choose what he wants and then accepting that decision.

Even after Krishna becomes the power behind his grandfather, Ugrasena’s throne, Shri Radha did not try to intrude into Krishna’s life. Stories of his sixteen thousand and eight wives would not have been easy for her to bear. There was, naturally enough, rivalry among them as to just who was Krishna’s favourite. To add potency to this fraught curiosity, was Narada’s seemingly innocent query of who was it who loved Sri Krishna the most! After a lot of chatter, Sri Krishna in a subdued manner replied: “Radha.” Predictably, all the royal wives, banded together against their husband’s childhood love. Sri Krishna, however, chose to remain silent.

A few days later, Krishna came down with a headache that no physician was able to cure. He lay in a darkened room with no nourishment. Great was his pain. At last, a mendicant came forward with an outlandish suggestion for a cure. Someone who adored Krishna had to make a mud paste with their feet and have this mixture applied on Krishna’s head. To put a feet-pounded poultice on Krishna’s head was to incur sin onto themselves. The entire royal household demurred. There were people sent out throughout the kingdom seeking a cure for Krishna.

It was Uddhav who went to Vrindavan. Suddenly, out of the crowds came a strikingly beautiful woman, who jumped into his chariot and begged him to drive to the Yamuna. In a frenzy, she hurried to the banks of the river and quickly kicked up a paste with the mud, urging Uddhav to rush back to Krishna, without the traditional welcome accorded to guests of the village. On being questioned, the lady declared that her name was Radha and that she was ready to take on the sin of indirectly kicking Krishna’s head. She was also ready to take the blame and the sin of shooing away Uddhav, an atithi or guest, improperly from the village. It was a duty to treat a guest as god. Here, she was turning the potential god away from her village, unfed! The whole of Vrindavan was strangely in silent agreement.

Uddhav rushed back to Mathura with the precious mud and applied it on to Krishna’s head. Immediately, Krishna declared himself to be cured. He started grilling Uddhav in front of his many wives. How did the magical cure come about? All the royal wives fell silent when they heard about Shri Radha’s traditionally unacceptable behaviour. But then as Uddhav pointed out, her only concern was the welfare of Krishna. If his headache could be assuaged a second earlier, she was all for it. Her accruing sins for the way of doing it did not matter in the least.

By falling in love with his assassin, Mahisha proved that he was not “clever” in the conventional sense. He did not care to trade in his vast powers for “practical” advantages. Shri Radha, too, did not care to use her love as a deadly controlling rod (as love sometimes, sadly, is used to be) on Sri Krishna. The love of both Mahishasura and Shri Radha are as limitless as the very ones they loved! It is not easy to love in such a grand way; nor is it easy to attract such love. But even the divinities have always surrendered to such unconditional love. The Bhagavathi is linked with the demon who was not only killed by her (as were legions of soldiers) but who adored her to the end as Mahishasuramardini. Just as the chant is always “Radhey Krishna”, her name preceding his. Both these prayers are by the devi’s devotees and Krishna’s devotees! At some point in time, it would seem that the “foolish” love of the so-called losers has found great favour with not only those whom they loved but also with the devotees of their loved ones.