In the Jharkhand election, Owaisi has been going by helicopter to address several rallies 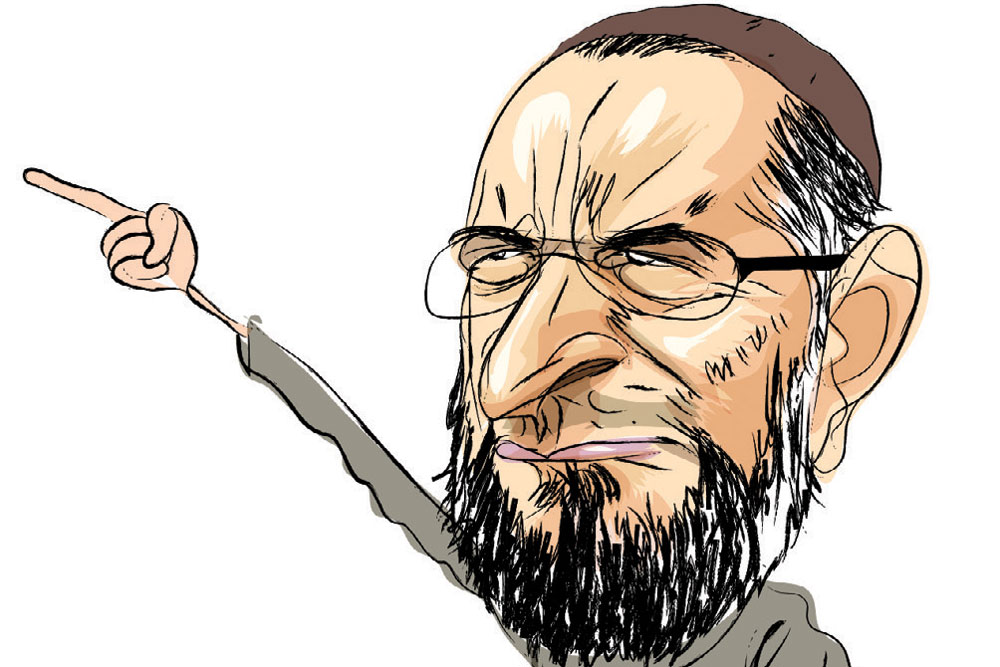 
Asaduddin Owaisi, leader of the All India Majlis-e-Ittehadul Muslimeen, has traditionally had Hyderabad as his power base but he is now turning into a busy all-India campaigner. In the Jharkhand election, he has been going by helicopter to address several rallies. He put up candidates for the last three by-elections in West Bengal. And in the coming Delhi election, too, he will be active. His increasing popularity among Muslims is making other non-BJP parties, who have a vote-bank in the community, somewhat nervous.

West Bengal Governor Jagdeep Dhankhar has been at loggerheads with Chief Minister Mamata Banerjee for some time now. And December 25th, the birthday of Atal Bihari Vajpayee, might bring in a fresh discord. The governor plans to have a celebration at Raj Bhavan in a big way and invited Banerjee. She informed him that she was very fond of Vajpayee but couldn’t make it because she had already committed to other events on the day.

Maharashtra Congress leader and former Chief Minister Prithviraj Chavan recently went to Delhi and met senior leaders with an interesting message. He alerted them that in ally Nationalist Congress Party, Ajit Pawar, who tried to hitch his wagon to the BJP and failed, still has control over a majority of the MLAs. And the BJP is still in touch with him. Chavan said that the Congress should not let its guard down.

Eggs recently became a focus of controversy in Madhya Pradesh with the BJP not wanting its inclusion in Anganwadi meals. Chief Minister Kamal Nath and his government, however, were insistent on it. While there were agitations in different districts, Kamal Nath resolved the issue by meeting all stakeholders like parents, nutritionists and BJP leaders to communicate that taking eggs would be optional.

In the Jharkhand election, Chief Minister Raghubar Das is contesting from the Jamshedpur East Assembly segment. He has won the seat five times and one would therefore expect it to be a cakewalk for him. But he has run into rough weather. The BJP had expelled Saryu Rai, a minister in Das’ government, along with 20 dissident leaders. Rai is now standing as an independent candidate against Das and the opposition Jharkhand Mukti Morcha is supporting him. Saryu is popular and influential. And in the campaign, he is still claiming to be a BJP man.

The Congress has just a few Rajya Sabha tickets on offer given its diminished presence and too many leaders vying for them. Rahul Gandhi’s group in the party is trying to get as much as they can. There is Jyotiraditya Scindia from Madhya Pradesh, Deepak Hooda from Haryana, Milind Deora from Maharashtra, Ajay Maken from Delhi, and more. Rajeev Shukla too is out of the Rajya Sabha. The Gandhi family also want old loyalists, like Motilal Vora and Digvijay Singh, in the Upper House. One wing of the party has suggested that nominations be given to Dalits and Muslims to bolster the vote base.

Bullish on the Bullet Train 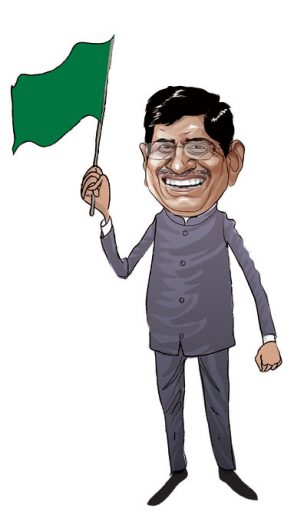 With the new Maharashtra government, led by erstwhile BJP ally Shiv Sena, saying that it will have a rethink on the bullet train between Mumbai and Ahmedabad, Railway Minister Piyush Goyal is a perturbed man. It is Prime Minister Narendra Modi’s pet project and the onus is on Goyal to bring it to fruition. He is trying to convince the new government to not be negative on development issues and to promote the project.

In the olden days, there would always be speculation about a Prime Minister doing a Cabinet reshuffle and it was especially rampant before and after a Parliament session. But in Narendra Modi’s era, that has been reduced because he does not discuss an expansion. Even the concerned soon-to-be minister only knows when he is called to take the oath. But in this Parliament session, there has been a departure, with rumours rife about who will be inducted. From West Bengal, the BJP got 18 seats in the last Lok Sabha and there is an Assembly election there soon. So Bengal leaders want two Cabinet posts now. From Maharashtra, can some BJP leaders come to the Centre, now that they have lost the state? Even from Uttar Pradesh and Karnataka, internal party fights could be resolved with some Central ministries. Then there is the Delhi Assembly election coming up and so BJP leaders from the capital are anticipating a post. One senior BJP leader said that the Central Hall in Parliament has become a gossip factory.

Parliament’s second session is going to be over soon but there is still no clarity on who will be the deputy speaker of Lok Sabha. The usual practice is that with the BJP having the Speaker’s post, a National Democratic Alliance (NDA) partner gets the deputy’s post. The last deputy speaker was M Thambidurai of the AIADMK. One rumour is that the Biju Janata Dal may get the post even though they are not in the NDA given that they have supported the Government on several key issues.