Who Will Be President?

From the stable of the ruling BJP, Defence Minister Rajnath Singh seems to be the first choice 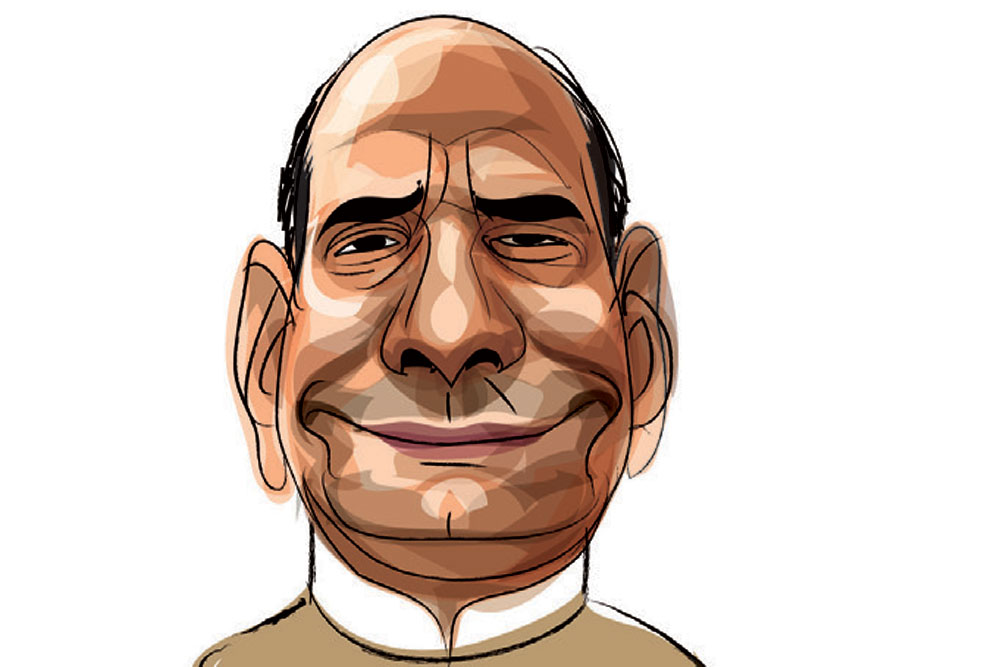 
With the presidential election round the corner, tongues have started to wag on the next first citizen. From the stable of the ruling Bharatiya Janata Party (BJP), Defence Minister Rajnath Singh seems to be the first choice, and if the rumour holds true, he may accept the proposal if there is consensus and no opposition to his candidature—since there is a shortfall of BJP votes in Rajya Sabha and BJP has to rely on the support of regional parties to make the grade. Besides, if the outcome of the ongoing Uttar Pradesh (UP) Assembly polls reduces the number of Members of Legislative Assembly (MLAs) for BJP, it could spell trouble for the party. But with Singh as the choice for president, BJP may still approach the chiefs of YSR Congress and Trinamool Congress (TMC) since he shares a chemistry with them. Again, if the straws in the wind are to be believed, BJP might even part with the vice president’s post in favour of
its supporter. There is even talk that a woman could take that chair.

OPPOSITION LEADERS ARE busy trying to put up a candidate for the president’s election. There is room for one common candidate from the opposition if there is consensus. Now, who can that be? Telangana Rashtra Samithi’s (TRS) K Chandrashekar Rao (KCR) has taken the initiative and spoken to Rashtriya Janata Dal’s (RJD) Tejashwi Yadav and Lalu Prasad, TMC supremo Mamata Banerjee and Shiv Sena chief Uddhav Thackeray. There is gossip that Bihar Chief Minister Nitish Kumar may be a consensus candidate, with RJD proposing his name and BJP seconding it. But the question remains whether Nitish is willing to leave Patna. 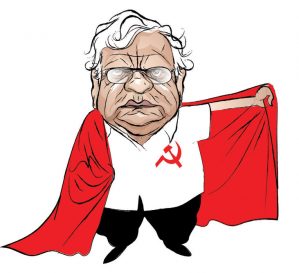 FINALLY, THE COMMUNIST Party of India-Marxist (CPM) has admitted that West Bengal is impacted by dwindling party membership. The West Bengal CPM state conference is to be held from March 15th to 17th, and the party has prepared an organisational report for the event in which it has confessed that over the last four years, as many as 24,000 members dropped out. In Kerala, too, the CPM conference will take place shortly, and similar questions are being asked. How can the communists stir the new generation? How can the party change? After Sitaram Yechury, who could be the general secretary? Will it go back to Prakash Karat, or will there be a new face? It is time for introspection.

THE SMALL SIZE of Goa is no guarantee for electoral success. Trinamool Congress realised this the hard way with its campaign in the coastal state ostensibly in tatters. Mamata Banerjee is clearly upset with her party’s Goa action plan—which was reportedly mooted by political strategist Prashant Kishor, and accepted by Mamata’s nephew Abhishek Banerjee. All this while Mamata was unaware of Goa’s ground reality. Though she was not excited to go to Goa for campaigning, she went there thinking that since the state’s former Congress Chief Minister Luizinho Faleiro signed up with her party that gave him a Rajya Sabha ticket, he would be fighting fit for the just concluded Assembly polls. But Faleiro sits pretty in the Upper House, as rumour has it that Congress leader P Chidambaram convinced him not to fight the election. With an apparently poor showing and no candidate for the chief minister’s chair in the horizon, TMC is in a dilemma in Goa.

WHATEVER BE THE outcome of the UP Assembly election, the opposition is bound to be hyperactive over the next two years in the face of the 2024 General Election. The fissure, however, between Congress and the regional parties is stark. For Congress, the stakes in both Punjab and Goa are high as it fights incumbency in the former and seeks to take on the likes of the ruling BJP, TMC and the Aam Aadmi Party in the coastal state. But within Congress, there is growing talk that Sonia Gandhi may take the incremental step to rebuild a new UPA structure. With non-BJP, non-Congress chief ministers meeting in Delhi on the issue of a threat to federalism, senior Congress leaders feel the party should join the front too. They believe that Congress should start a fresh dialogue with Trinamool Congress, particularly if Prashant Kishor is not an obstacle. All eyes, meanwhile, are on the March 10th Assembly election results.

Andhra Pradesh Chief Minister YS Jagan Mohan Reddy and his sister and mother have not had the best of ties for long. The mother-sister duo even floated a new party in Telangana, and left Andhra politics altogether. But the story is far from over. The bitterness remains even as they now fight the KCR-led TRS. KCR, on the other hand, is learnt to be maintaining a cordial relationship with Jagan since their common political enemy is the Telugu Desam Party’s N Chandrababu Naidu.

DELHI RECENTLY HOSTED Environment Minister Bhupender Yadav’s daughter’s reception. Apart from the BJP brass from Punjab, Haryana and Delhi, party workers could be seen from far-flung Odisha, West Bengal and even the southern states. Yadav has a massive following within the party.

WHEN RAHUL GANDHI visited Amritsar recently, five Congress MPs did not join him. They claimed they were busy campaigning for the Punjab Assembly polls. And now we hear that former Information & Broadcasting Minister Manish Tewari, also a known Congress face in Punjab, is both frustrated and alienated. Like former Law Minister Ashwani Kumar who recently quit Congress, Tewari, too, is learnt to be weighing his options to leave the party. And there is now speculation that former Congress heavyweight Ghulam Nabi Azad may float a new party with BJP support.
All eyes are on Rahul Gandhi’s next move.

AFTER A LONG wait, the Government has come to know the name of the next US ambassador to India. He is none other than Eric Garcetti, the long-time mayor of Los Angeles and a renowned Democrat. In South Block, though, the gossip is that Garcetti is a strong advocate of human rights, which goes against the grain in Kashmir where terror is being tackled with a firm hand, at times to the chagrin of human rights activists who are known to cry wolf at the drop of a hat. This is where Delhi needs to do its homework before the ambassador makes his way to the city.

ALL POLITICAL PARTIES want a good rapport with the chief justice of India (CJI). Incumbent CJI NV Ramana is set to retire on August 26th. As per seniority, Justice UU Lalit will be the next chief justice, but for less than three months. After his tenure, Justice DY Chandrachud may succeed. The current CJI has maintained a life of seclusion as his job is very sensitive. During his stay, his 1 Krishna Menon Marg bungalow has never entertained any personal guest, and he uses the adjacent bungalow for his office and staff. He also avoided social dos and has a high security cordon around him. With the announcement of a new CJI, political parties are hoping to hobnob with the person before he too goes into a shell.