The pandemic has forced us to reconsider the norm 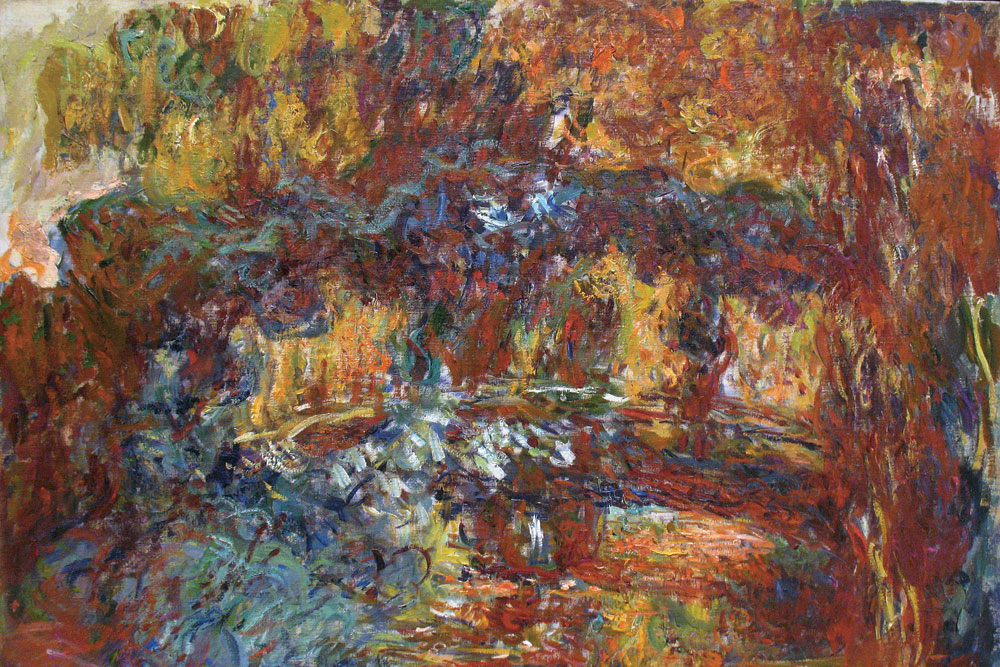 The Japanese Footbridge by Claude Monet


HOW HAVE THE last 12 months been for you? Your answer will depend, quite simply, on what blows the pandemic and its offspring have dealt you. Initially, the pandemic was called ‘the great leveller’ as illness’ scythe does not discriminate. But we all learnt soon enough that though this disease might have reached India through the airports, its ferocity towards the poor was far worse than towards the rich.

A year ago, when we all first hunkered down on our own, a friend told me, “Nothing is going to change. It is going to be like this for at least a year.” Still in the first week of restrictions, I remember thinking her mad. But a gawping panic also set in. What if she was right? What if ‘this’ was to continue? Well, she was right.

It would be unconscionable to overlook the distress that millions have faced since March 2020. Lives have been snuffed out, livelihoods obliterated, acute physical and mental tolls have been wrought. But with the gift of hindsight, this year has also forced us to ask fundamental questions about the trajectory of our lives pre-coronavirus.

In many ways the pandemic has forced a paring down, a simplification. Our calendars lie decluttered from useless social engagements. We no longer need to ‘show face’ at events or dinners, merely for reasons of social etiquette. It has been an advantageous time for those who wish to embrace the smaller gathering and spurn the rave. Social distancing and bubbles provide the perfect mini worlds for the less social. This is their normal. This is how they want it to remain.

‘New normal’ has been bandied about to describe where we are at today. But the term is an oxymoron at best, and reductive at worst. Normal by its very definition implies the statistical mean. It is determined by the most and not the few. It implies status quo and forbids any possibility of change. Precedent determines normal, not aberration. Normal holds no promise of the new or fresh.

The normalcy that this pandemic has reinforced in particular is a normal temperature. Never before has 98.6˚ F (37˚ C) determined whether we can or cannot enter a restaurant, a supermarket or an airport. But while 98.6˚ F has been considered the normal human temperature—since the 1800s, when a German scientist Carl Wunderlich, measured the temperature of 25,000 people—recent studies have shown that the average oral temperature of humans is 97.5˚ F. We now also know that human body temperature has been ebbing over the last two centuries, that it tends to be higher later in the day, that women and younger people tend to have higher temperatures than men and elders.

The volatility in human temperature just proves how the idea of normal is in itself tenuous. Something as fundamental as the temperature of our body is not a constant. Heterosexual relationships and being cisgender might have once been the norm, but today’s generation dares to question all these assumptions. The creation and adoption of a pronoun like ‘they’ gouges out gender binaries of ‘she’ and ‘he’. The norm, we are slowly learning, is not a man and a woman, but instead it’s an identity that moves across genders. It is an identity that recoils against boxes.


Claude Monet started painting water lilies in 1899. But by the 1920s, as his eyes veiled over with cataracts, his art also changed. Looking at his later works one realises this is what he saw, this was his normal as he aged. It was a new reality

Today we are also witnessing a defiance against what ‘normal’ bodies should look like. The body positivity movement reminds us that all kinds of bodies can be healthy bodies. One’s fitness—how others see us, how we see ourselves—must not depend on archaic notions of colour or size or measurement. The movement highlights the basic issue with ‘normal’. The demand for normal precludes acceptance. Normal has no space for diversity.

The public sphere is packed with codgers aplenty who believe that the adoption of new pronouns, or redefinitions of relationships, or even being comfortable in one’s own skin, is simply the woke generation being too woke. But these complainants overlook the fact that today’s youth are straining against the yoke of ‘normal’. Today’s youth is ensuring that change happens, more importantly, that progress is spurred on.

We advance when we battle against the normal. After all, not too long ago, it was normal for women to be denied the right to vote. It was normal for Dalits to not access temples. It was normal for one’s birth to determine one’s destiny. We now have the better sense to know that denying a race or community equality screams of deviancy, and not normalcy.

Artists have always jostled against demands and requirements of the norm. Many children authors especially celebrate characters who are not quite like the rest. They resist and question ideas of ‘normal’, for example, Pippi Longstocking. The freckle-faced girl with no parents, and upside-down braids, can lift a horse with one hand, and her best friend the monkey Mr Nilsson travels on her shoulder. She first appeared in 1945 and continues to be held dear by young readers.

Or consider Sally Gardner, a British children’s writer and illustrator. Her award-winning novel Maggot Moon (2012) is dedicated to ‘For you the dreamers/ Overlooked at school/ Never won prizes/ You who will own tomorrow’. It tells the story of Standish Treadwell, the boy with one blue and one green eye, who could never tie his laces and is always in a mess. Standish is not good at spelling or reading, but he can ‘hear words’, he can ‘squeeze the essence out of them’. Like his creator, Sally Gardner, he is an ‘image thinker’, or to put it more technically, dyslexic. Gardner, in an interview with me in 2014, referred to dyslexia as a “way of seeing”. “We [people with dyslexia] think in many many layers, that is why I am quite good at world building,” she said. To her, each word has a personality in itself: she appreciates the shape of ‘the’ for its balance, she disdains the form of ‘Sarah’ (her birth name) for its silly placement of the ‘h’. Gardner learnt to read only at 14, she was sent to a special school. She was not ‘normal’. But in her writings and through her characters, she celebrates those who don’t win prizes, those who stare out of windows, those who are overlooked by the system. She reminds us that normal is most often just boring and less interesting.

We gravitate towards works of art not because they dole out facts but because they refract the world through an artist’s lens. French Impressionist Claude Monet’s paintings of lily ponds and pastures, gardens and oceans have survived for posterity not because they render an exact likeness of the same, but for how they make us feel. With their dappled edges and blurry light his canvases soothe and surprise. His art makes one mellow, his art also forces one to ask questions: What is behind the haystack? Do the obscured lines of the woman’s form reveal the state of her mind? Monet started painting water lilies in 1899 and continued creating them for the next two decades. But by the 1920s, as his eyes veiled over with cataracts, his art also changed. The fine details of his older works were replaced with swirls, orange and brown displace blues and green. He would admit that his worsening eyesight forced him to rely more on memory and habit. The cataracts muddied his vision, turning defined objects and colours into blots. Today when we look at his The Japanese Footbridge (1920-1922), we see swirls of earthy colours, the title rather than the strokes reveal the form of the bridge. The work no longer depicts a bridge rather it tells of something new. Looking at it, one feels this is what Monet saw, this was his normal as he aged. It was a new reality, one in which its own beauty and a new meaning can be found. Normal is never a constant, it changes with time and season, light and perception. What was normal once might never be normal again, and that is how we move from present to future.