On India’s fear of the word ‘Pakistan’ in public places 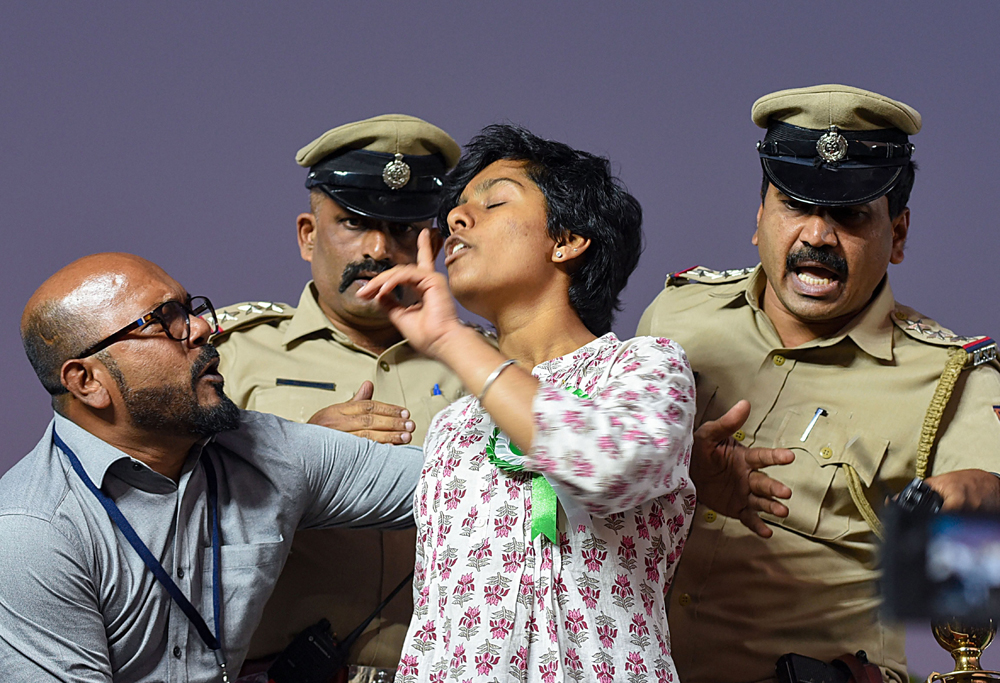 WHAT DOES IT say about a country that a large portion of its people exists in a state of armchair war against a neighbouring country and can’t bear anyone take its name with anything but revilement. It is certainly no mark of self-confidence because, if one is so absolutely superior as is suggested, an irritant shouldn’t matter. More probably, it is driven by fear. Every terrorist attack that has its roots in Pakistan is a signal of confusion—if Pakistan is so insipid, how did Ajmal Kasab land in the Taj Mahal Palace? You saw similar bewilderment in the 1990s and early 2000s when the Pakistani cricket team won more than lost against India. In recent years, when the tables turned in India’s favour, that bewilderment was replaced with chest thumping, as if how could any other conclusion be possible. With the neo-nationalist era unleashed by the return of BJP has come a new form of this phenomenon—the inability to even hear the word ‘Pakistan’. In woke jargon, it would need to be prefaced with a trigger warning.

In Karnataka, a 19-year-old girl who said ‘Pakistan Zindabad’ at an anti-CAA protest has been sent to five days in jail. She started off with that slogan to evidently shock the audience. Then she said ‘Hindustan Zindabad’, which was lost in the melee as the mike was snatched away. More mature people, even those who don’t subscribe to ridiculous limits on freedom of speech, know how vicious India can be towards political incorrectness. The law of sedition under which she has been arrested is a joke in a free democratic country but even if one accepts it, what exactly is illegal about Pakistan Zindabad? After her arrest, there have been video clips circulating in social media showing the godman Sri Sri Ravi Shankar saying the exact thing at a public event in India a couple of years ago. How can a slogan be seditious in one forum and not in another?

The reason the girl is in jail is because the BJP Government in Karnataka felt affronted that something like this could be said under their watch. Since it was an anti-CAA protest, they also wanted to send a message. Such sloganeering and the Government’s response are all part of a game played by juveniles and opportunists in the political sphere. The institution that is supposed to ensure that the players are protected, the judiciary, is the one that must squarely take the blame for this charade. You can dig through every legal provision and still not find anything that shows saying Pakistan Zindabad must be a direct route to jail. Why would any magistrate allow police custody of a 19-year-old who said silly things? Because, instead of being a referee, the judiciary either moved by fear or ambition or ideology, has decided to be a participant in the game. The danger of that is today they will throw you in jail for Pakistan Zindabad, tomorrow anything anyone says can lead to the same end. If you want to protect all forms of free speech, the worst forms of free speech must be protected.