Trade as a Weapon of War 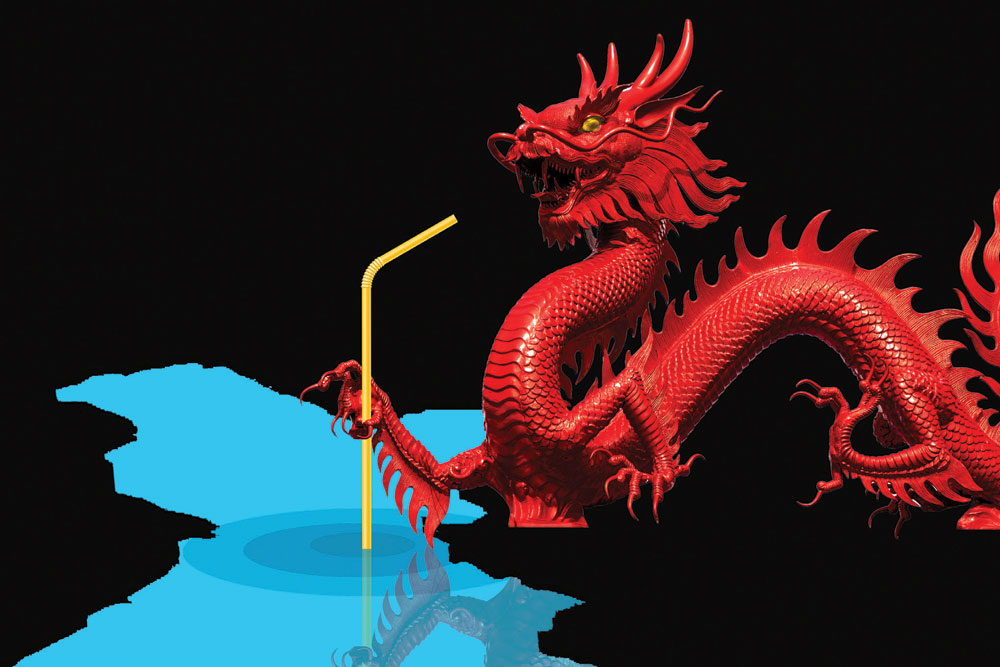 
In India, the summer of 2020 has been characterised by Chinese aggression and sustained brinkmanship along the entire length of our undefined border. For large part, this state of affairs co-existed with the recurring and sustained average annual trade deficit with China of $50 billion from the financial year ending 2015. This trade deficit not only led to deindustrialisation in India in products like clocks and watches, musical instruments, toys, sports goods, furniture, mattresses, plastics, electrical machinery, electronic equipment, chemicals, iron and steel items, fertilisers, mineral fuel and metals but also paved the way for China to undermine our national security.

In the years before 2020, there was a repudiation of the apparent link between trade and security policy. Globalisation-fuelled economic growth was in a sense geopolitically naïve and innocent. It was naïvely hoped that parallel economic development in India and China would produce political and legal convergence. There was this utopian dream that the India-China partnership in BRICS would also become a bilateral reality. And, if it didn’t, then India’s ‘strategic autonomy’ and independently growing relationship with the US and Russia, would insulate her from any harm. The assumption was that the overwhelming military and economic dominance of the US would provide the invisible hand that would protect all and ensure that rule-based systems like the WTO would be the match referee.

Four significant developments shattered the equilibrium. The first was Vladimir Putin’s ability to leverage his military assets to overturn the geopolitical balance in the Middle East. The second was the grim determination of Xi Jinping to use the scale of China’s growth and her voluminous trade surpluses to make a serious play to singularly dominate the world and reduce it to a tributary-vassal equation with China. The third was Xi Jinping’s transformation of China’s growth trajectory into a serious clear and present threat to our planet by ushering the earth into the era of the Anthropocene. The Chinese have transformed themselves into a geological force by using natural resources to alter climatic functions. Finally, Xi used Covid-19 as a weapon of opportunity to cripple the economies of the world.

The blatant and heinous attack by the People’s Liberation Army on Colonel Santosh Babu’s verification patrol near Patrol Point 14 on the Galwan heights on June 14th-15th, 2020, brought home the gravity of the challenge that 21st century China poses to India. The mistake is to now treat this as a ‘new’ Chinese policy. From the Chinese point of view, there is no ‘end’ of history but continuity. However, this continuity is not unbroken and requires constant reinterpretation as it is subject to change. Military-level talks between India and China have led to a stalemate. India has to take Xi’s sense of mission and purpose seriously. Xi’s China is not just a nationalist regime. It is in the midst of a global upheaval that seeks to install a new world order based on a tributary relationship which patronisingly permits free trade with it as the reward.

Can an India professing strategic autonomy co-exist in the long term with a China which is radically different from us? In the long term, future leaders of India may soon find that it has become the lowly junior partner or vassal. Options like banning the 59 Chinese apps, including TikTok, would not be possible in such a scenario. New technology from an embattled US would be denied to India unless she moves into the anti-China camp. China has taught us the lesson that economic growth and trade determine the balance of power and generate tensions that ultimately require resolution through negotiation or war.

There is another issue. This is the coupling between China and the rest of the G20 economies produced by globalisation. This coupling was created by a potent combination of highly exploitative or unequal labour markets and a near zero cost of capital in China. The Chinese permitted the rest of the world to enjoy crazily high profits on Chinese contract-manufactured products resulting in both the deindustrialisation of the G20 economies relative to China and the creation of excessively high foreign currency balances in China relative to the G20 economies. In 2020, the Chinese determined that this vicious cycle of G20 deindustrialisation and corresponding Chinese trade surpluses had now rendered the G20 economies extremely vulnerable to new Chinese political and military pressures as they could not do without the Chinese manufactured products. Covid-19 was the catalyst. Further, they had collected unimaginably vast quantities of money for their war chest. Putting this to the test, they embarked on their brinkmanship in the South China Sea and the Himalayas.

What the Chinese discounted was the unwillingness of the US to let China replace it as the dominant superpower in the world and the political will of smaller powers like Australia, Japan and India to club together in a coalition to fight this Chinese takeover. Therefore, since decoupling or disentanglement from China is economically impossible in the short to medium term, the only option for the US and its formal and informal allies is to go for regime change in China. This cannot be postponed any longer.

Further, there is the problem of how to disarm the Chinese economic juggernaut as a planetary threat. As part of its 14th Five Year Plan, China is examining the merits of a generation of power stations that will decide a large part of the climate’s future. Such projects will have to be physically stopped. The G20 nations have to come together to manage the collective risks and impending calamity of the Anthropocene caused by the last three decades of untrammelled Chinese growth.

Finally, there are the yet to be resolved issues of microchips, cloud computing and 5G originating from Huawei. Not be forgotten is the targeted intelligence gathering by TikTok. These address the twin concerns of technological freedom and national security. How do we bell the cat?