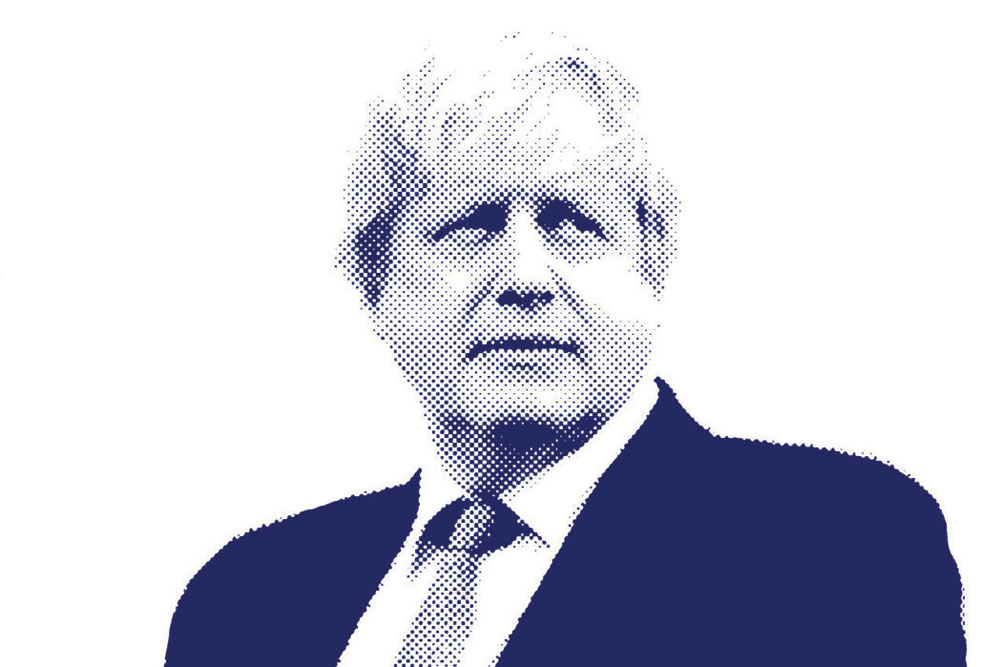 
IT WAS ANOTHER SUMMER, six years ago, when Brexit’s most popular and charismatic apostle was knifed in the back by his comrade-in-arms just before his coronation as the restorer of Englishness, though he always wanted to see himself as the Last Churchill. Even as Boris Johnson lay there bleeding, and Michael Gove loomed over him with Brutusesque inscrutability, he didn’t let his dignity—or the jokes—go. It was as if no victory would be meaningful without the afterward of a tragic hero, but still, Johnson’s fall was relished by certain Conservative grandees as comic relief in a historical drama. Being Boris, it was inevitable that he would bounce back and lead the Conservative Party to a landslide. Three years on, the question that concentrates the English mind is: Is he fit to lead Britain?

The pandemic played out differently for different politicians. For some, it was an occasion to recast their role as redeemers rearmed, those who suddenly realised the uses of unquestioned power. They portrayed themselves as war-time leaders. Then there were the deniers for whom science was a hoax inflicted on the people by unhinged experts. Some thought good governance and a greater sense of civic responsibility could minimise death. Others were too casual to bother. Was Boris Johnson one of them?

The prime minister had to curtail his libertarian instincts when the virus spread, and Britain became one of the most infected countries. And it was perhaps the first country that acknowledged the futility of long-term lockdowns and welcomed international travellers unconditionally. His crime—the now-notorious lockdown parties and subsequent lies and evasions—and punishment—the still unfolding party coup and the media show trial—somehow don’t tally, certainly when the blood sport of Conservative politics is seen through a non-English lens.

He may have narrowly survived the no-confidence motion, but for most pundits—and most Britons, according to opinion polls—the prime minister has already passed his use-by date. We only see the caricature: a redundant joke; an entitled toff with little regard for political as well as personal morality; a liar who has turned the Brexit promise of take-back-control into the curse of a lost island… In the words of the columnist Matthew Parris, the first among the blue-blooded Boris bashers, Johnson “may not have entered politics to make a difference, but he has made a signal difference. Single-handedly he has blighted his party and disfigured the politics of a whole great nation.” He seems to have lost the confidence of Conservative Brahmins as well as the party backbenchers. 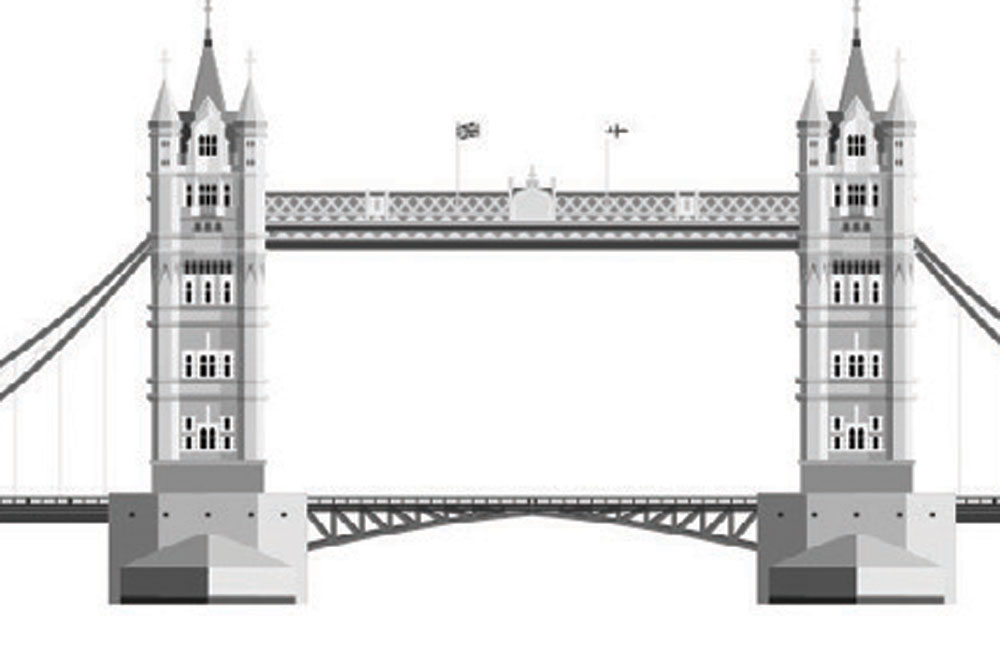 In retrospect, was his crime gallows-worthy as it was made out to be? It was stupid, thoughtless, and it showed a casual disrespect for the restrictions his government had put in place for the rest of Britons. His initial evasions and denials were hardly prime ministerial. Considering the frothy, bipartisan moralism of the anti-Johnson campaign, a public apology by the culprit would not have saved him. The apology itself could not have been anything but serious. He was asked to downsize himself to fit the coffin made for him by the anyone-but-Boris gang. He refused.

What then does explain Johnson’s isolation? The columnist and Thatcher biographer Charles Moore gets it right: “It is a feature of modern politics that people boast how much they ‘hate’ certain leaders.” Before Johnson, Moore says, Thatcher and Blair were two ‘hated’ leaders. Don’t we Indians know this whole thing about ‘hating’ certain leaders? It is convenient to hate someone; it is a mental process without the aid of reason. It replaces enquiry with certainty; it takes intellectual laziness as a moral position. The more popular some leaders are, the more unacceptable they are to the lazy legion of moral certitude. The more they defy the definitions of others, the more they get demonised by the lofty class with little stake in the national life. We know such leaders, and they keep winning despite the haters. Johnson may be a damaged brand in British politics, but he is still the one the conversation is all about. There is no alternative idea that can save broken conservatism—or a Britain with stunted growth. And it is a crime bigger than a lockdown garden party to confuse one man’s disruptive individuality with national destiny. 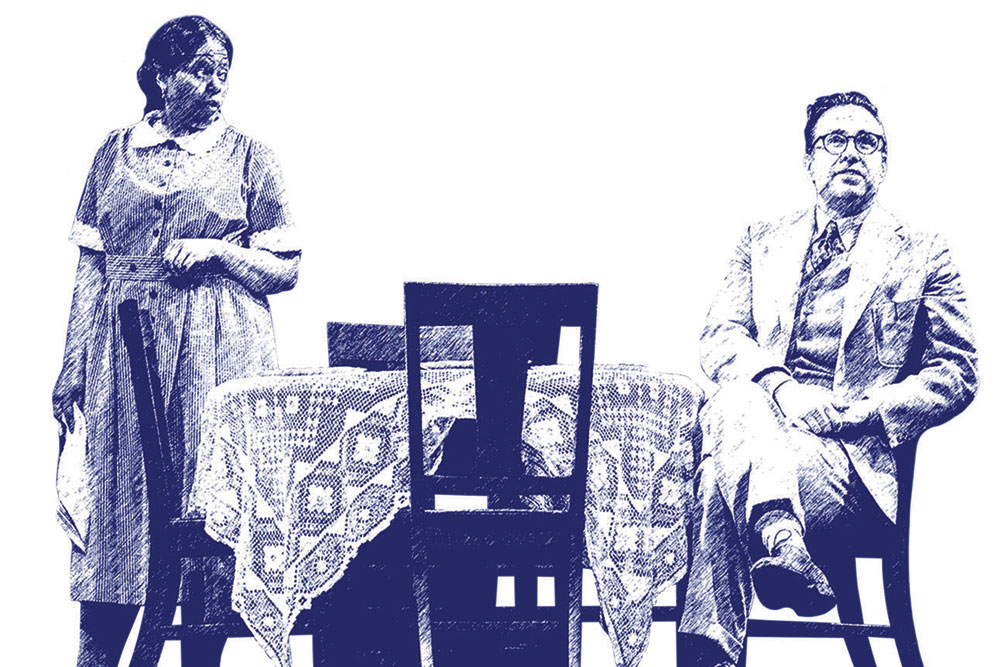 EMOTIONALISM IS NOT a British trait. That is the cliché we are familiar with. Moral emotionalism? Prince Charles is an unlikely example, but he has played the part his mother had avoided all along to perfection. When he said it was “appalling” to send Channel-crossing asylum-seekers to Rwanda, it was the kind of Guardian-variety woke sentimentalism that drove Johnson and his Home Secretary Priti Patel mad. Was it the royal sign of things to come—a ceremonial monarch meddling in the affairs of the state? The prince has strong views, whether on architecture or horticulture, but a public criticism of government policy was very un-Elizabethan.

Prince Charles was not alone in getting appalled by the de-humanisation policy of the neo-imperial Conservatives. I thought the moralists were the ones tapping into a stereotype, as if Kigali is just another African hell hole, as if the “cattle flights” from Britain were a re-enactment of history’s most horrifying deportations. In the end the flight didn’t take off after a last-minute intervention by the European Court of Human Rights. Ah, the staggering irony of European control in spite of Brexit… Priti Patel hasn’t given up. Which means staying Conservative in the face of liberal sentimentalism over open borders and migration—issues few Western politicians have the honesty to address without pandering to progressive sentiment.

MAYBE IN TUNE WITH THE MORAL spirit of the times, my West-End summer began with To Kill a Mockingbird, Harper Lee’s beloved classic adapted for the stage by Aaron Sorkin, and directed by Bartlett Sher. Four years ago, when it was opened on Broadway, with Jeff Daniels playing Atticus Finch, literature’s most enduring moralist lawyer, it was a big hit then—and that was before George Floyd. When I saw it at the Gielgud Theatre, the post- Floyd racial context was overwhelming, the martyr’s face even printed large in the brochure. The play was riveting, with Rafe Spall playing Atticus, and its cultural intimacy, amplified by Sorkin’s trademark talkative characters, added to the political urgency of Lee’s story in America and beyond. Today, as Atticus delivers moral injunctions such as “We have to heal this wound or we will never stop bleeding” and “It’s a sin to kill a mockingbird”, we all know how the words resonate—and who among us are remembering. Tom Robinson’s crime was his colour—and he felt sorry for a white woman. In the art of dramatising the wages of moral deficit, and of arming idealism with razor-sharp dialogues, Sorkin is a master, and it was on full display in this novel-turned-courtroom drama too. Still, I couldn’t help wondering: Was the Floydisation of Robinson the marketisation of morality?